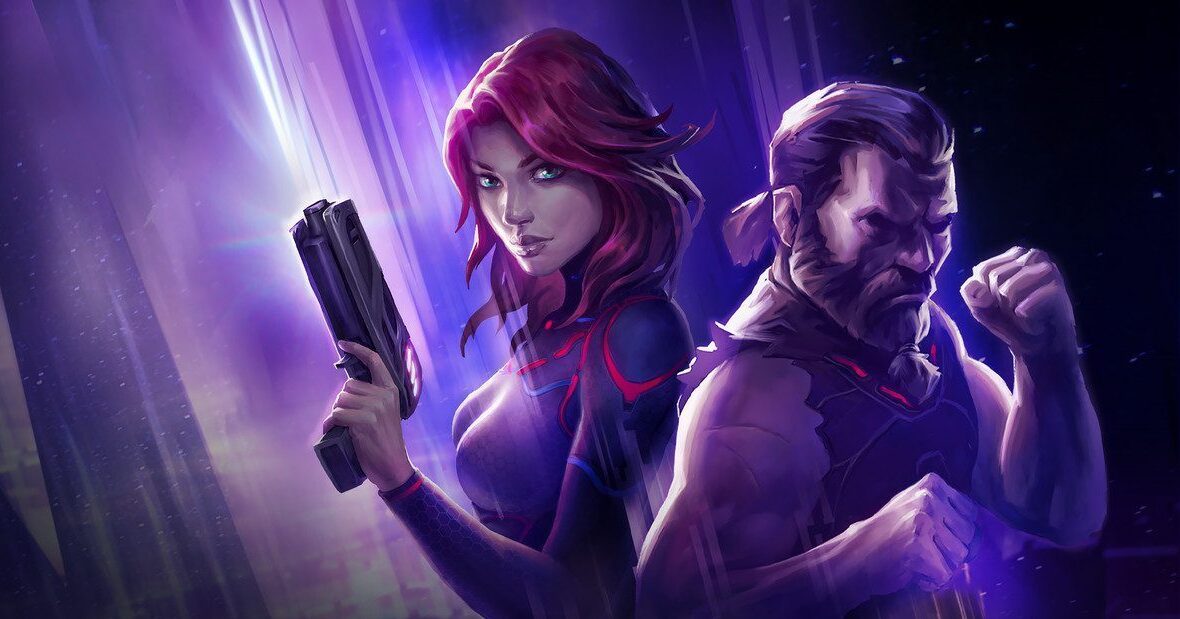 It is perhaps understandable that people are desirous of “the high-concept pitch” when looking for a new game to play. Or even a new game to develop. If you can boil a game down to that single encapsulating sentence, people will get interested. You could boil Ghost of Tsushima down to “Assassin’s Creed: Japan.”  You could say Borderlands 2 is “DOOM, but played for laughs.”  The team at 3Mind Games tried to pass their newest title, The Protagonist: EX-1, off as “Mass Effect meets XCOM”, and they have failed completely to deliver on anything even remotely close to that lofty notion.

The Protagonist: EX-1 puts you in the futuristic combat boots of Angel, a commando whose mission to infiltrate an enemy space station fails so badly, she can’t even remember how she screwed up. As Angel wanders through the station, she picks up members of her team and other survivors, guides them through endlessly similar corridors, and engages a seemingly limitless supply of drones in a vain hope of escape through turn-based combat encounters.

Visually speaking, The Protagonist: EX-1 makes use of the Unreal Engine, but it doesn’t seem to be making particularly clever or novel use of it. There is so little differentiation in the maps, it numbs the player completely from a visual perspective. The few cinematics that I saw had an odd “soft focus” quality to them, a strange artistic choice to be making. Special effects don’t seem especially exciting, explosions are somehow disappointing, and weapons fire fails to stir the blood. Moreover, the character models don’t seem to have any real variety to them, which is a crying shame, particularly when you’re trying grab hold of both Mass Effect and XCOM as your sources of inspiration.

If the visuals are disappointing, the sound side is even worse. The soundtrack for The Protagonist: EX-1 is painfully repetitive. There’s virtually no variety in the exploration or battle themes, which helps dampen the already depressing mood established by the visuals. Sound effects aren’t particularly noteworthy in any way. But it’s the voice acting which is perhaps the most egregious sin. It’s not that the actors aren’t enunciating, it’s that the dialogue is so utterly terrible, both in the writing and in the delivery. Even Tony Todd (Candyman, The Rock) can’t elevate this tripe, which I consider to be a waste of a good actor’s time and talent.

So, now we get to the really bad part of The Protagonist: EX-1, which is the gameplay, a term I use very loosely given there’s not any real cohesion. The developers are quick to crow about all of the various systems they have built, but somewhere along the line, they forgot to actually make them work together. You have a character system which lets you develop how a certain character will be, but they are stingy about useful information like how to increase your character’s movement range. You have a martial arts system which will literally let you punch things to death instead of melee or ranged weapons, but they don’t give you any particularly good reason why you should spend character points improving it. They have a dialogue system which you can’t use to initiate conversations with your team members. They have a guide marker line which will direct you to the mission’s objective, but they don’t let you generate a map to let you get your bearings (especially odd, given you were supposed to be infiltrating the place). And you have a crafting system which is somehow both simple and obtuse at the same time.

For a game whose Steam page promises “deep content” and “story driven” adventure, The Protagonist: EX-1 suffers from absolutely terrible pacing issues. It goes back to those same terrible writing issues in the dialogue, combined with the weakly implemented systems. From the worldbuilding all the way down to mission narratives. Rather than a freeform exploration of the world, or even the mission area (like Mass Effect), you’re trapped in named missions which are a painful slog of switch puzzles and fights against (mostly) robots who will more often than not snipe you rather than let you get into shooting range, forget melee range. You have more freedom of movement than you would in an XCOM mission before combat (to an extent), but once combat starts, you feel a lot more hampered. The dearth of verticality, the seeming uselessness of cover relating to area effect weapons, all of this combines to make it feel less like an escape attempt and more like the death march depicted in The Grey. You’ll find neither the sense of awestruck wonder you would expect from Mass Effect, nor the martial intimacy engendered by XCOM.

It takes a very special, and terrible, set of circumstances for me to punch out of a game early. And The Protagonist: EX-1 didn’t just manage to hit the correct buttons, it smashed them flat. This game is beyond salvage, beyond redemption, beyond any sort of serious discussion about “how can we make it better?” There is not a deus ex machina powerful enough to undo what’s been done here.

This review was based off a copy of the game provided by the developer.

The Protagonist: EX-1
/
No Place For A Hero

"The Protagonist: EX-1" promises a grand tactical RPG experience rivalling top titles in the genre, but proves to be a sluggish and shallow title with too many poorly integrated systems and a lack of even passable story or character.

Axel Does Not Recommend
About GameLuster's Reviews