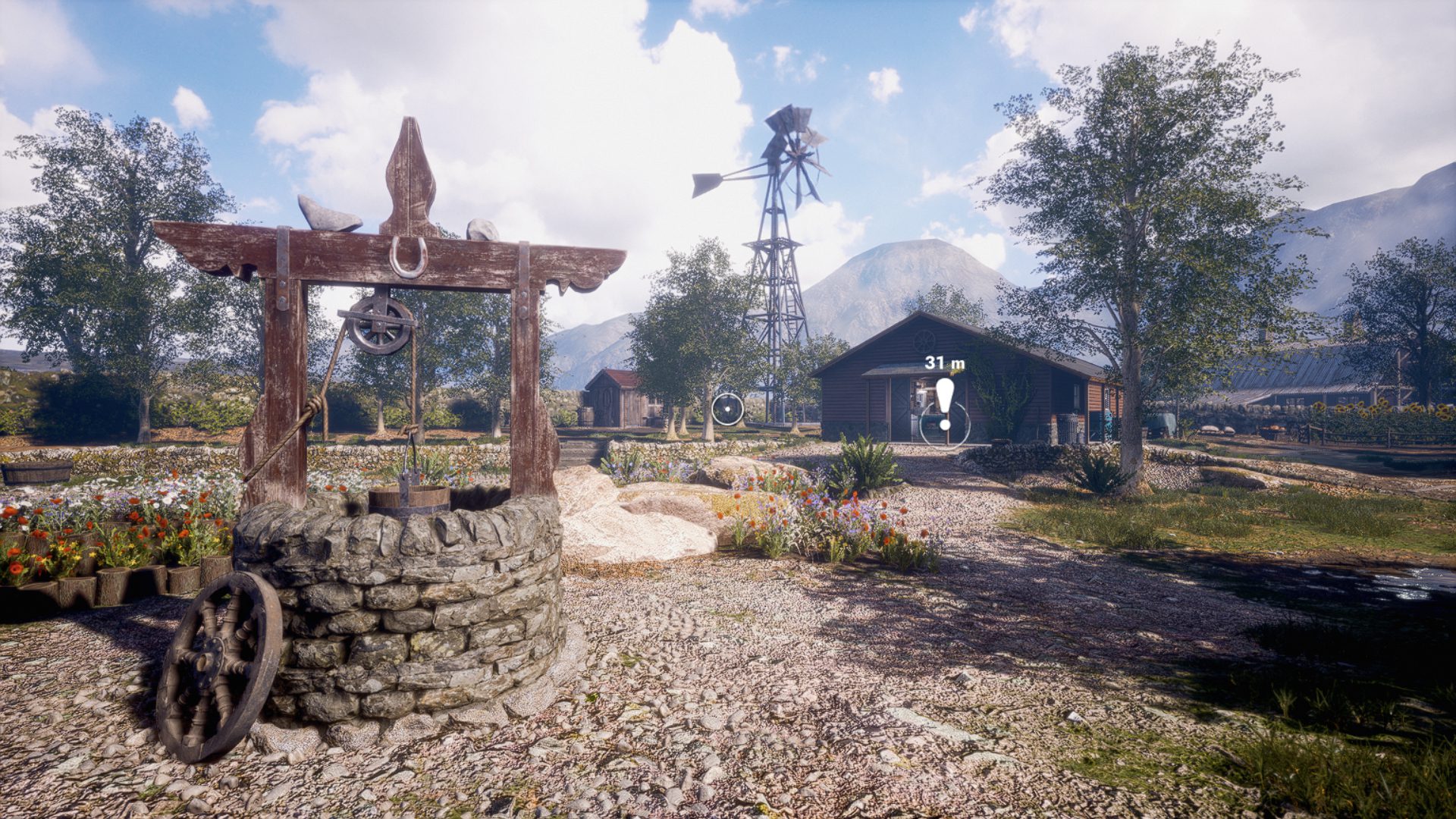 As its name implies, the Workshop Simulator sees you taking up shop in your grandpa’s old workshop and fixing up old and damaged items to give them a new lease of life. The money you earn from doing tasks can be used to buy better equipment which will make the process faster, such as a sandblaster or an airbrush, and as you fix your way through the local community, you’ll start being offered more extravagant jobs such as museum pieces.

The workshop itself is old and rustic, placed in a gorgeously presented farm, with your work sometimes taking you across the beautiful garden and into a fully decorated house and shed. It’s really much more beautiful than it has any need to be – the only downside being it’s a little graphically heavy for some machines.

The actual repair work is very systematic, consisting of cleaning, sanding and painting, as well as general disassembly and reassembly. Though it could be nice to vary some of these steps according to the different projects, the controls are mostly easy enough to fall into the ‘relaxing’ category of repetitive rather than annoying. And given that it’s a simulator game, that’s probably what you’re here for anyway.

Workshop Simulator itself is a bit rusty in places, but well on its way to greatness. In the short time its been available since its release, it’s already undergone several updates to smooth out some of the early issues, so even that might not be a problem for long. I guess Workshop Simulator sometimes still needs a bit of workshopping too!

Given that there isn’t any variation between the stages for each object, a few small improvements could go a long way to making it truly perfect. Some gorgeous wood grains have to be replaced with blanket paint from your limited and rather gaudy selection. While not being able to finish an item straight after sanding makes sense, some kind of alternative like perhaps a varnishing option might be nice and stop you from feeling your doing some of these rather unique vintage items a disservice at the final hurdle. You can see the finished versions of the farm items out and about as you wander around, though the game sometimes gets a little bit confused about colours when you’ve completed them. It’s hardly a game breaker though.

Although a lot of these sort of games usually start with you inheriting a shop/bar/parlour/fancy yacht from a relative as their general story premise, Workshop Simulator takes this a step further by actually weaving that idea through the game itself in the form of workshop requests from your grandma. These ‘plot’ items are concluded with a brief vignette as you reminisce about your time with Grandpa and the item. These are surprisingly heartfelt and the small amount of voice acting in the game really shines here.

Similarly, the requests themselves have been well thought out and are completely unique. Learning about the items from the emails and selection menu is nice. However, this unique approach to each item is then closed with one of a few very generic thank you messages which can be a tiny bit jarring, especially for some of the more formal and eloquent original requests.

The soundtrack is limited, but in a soothing country music style. The in-game radio is a bit temperamental, turning on and off seemingly at random, but working it into the routine as you make your way around the different work stations in the workshop makes it, like the other small gripes, no big deal. There’s even the ability to select which of the songs will or won’t play in the options menu, so that’s a nice touch.

It’s not a very long game and there doesn’t seem to be a way to re-do previously completed requests (as in House Flipper) but it’s a comforting slice of something special. Hopefully, there might be DLC bringing more requests to fulfill in the future.

Review: Workshop Simulator – When It Works, It Works
/

Workshop Simulator ticks all the boxes for a relaxing simulation game and will hold much appeal for fans of similar titles.

I concur, this game is both relaxing and a joy to play. I love the variety of projects you are faced with bring back to life. Please come out with DLC that contains more items to repair. I love it.