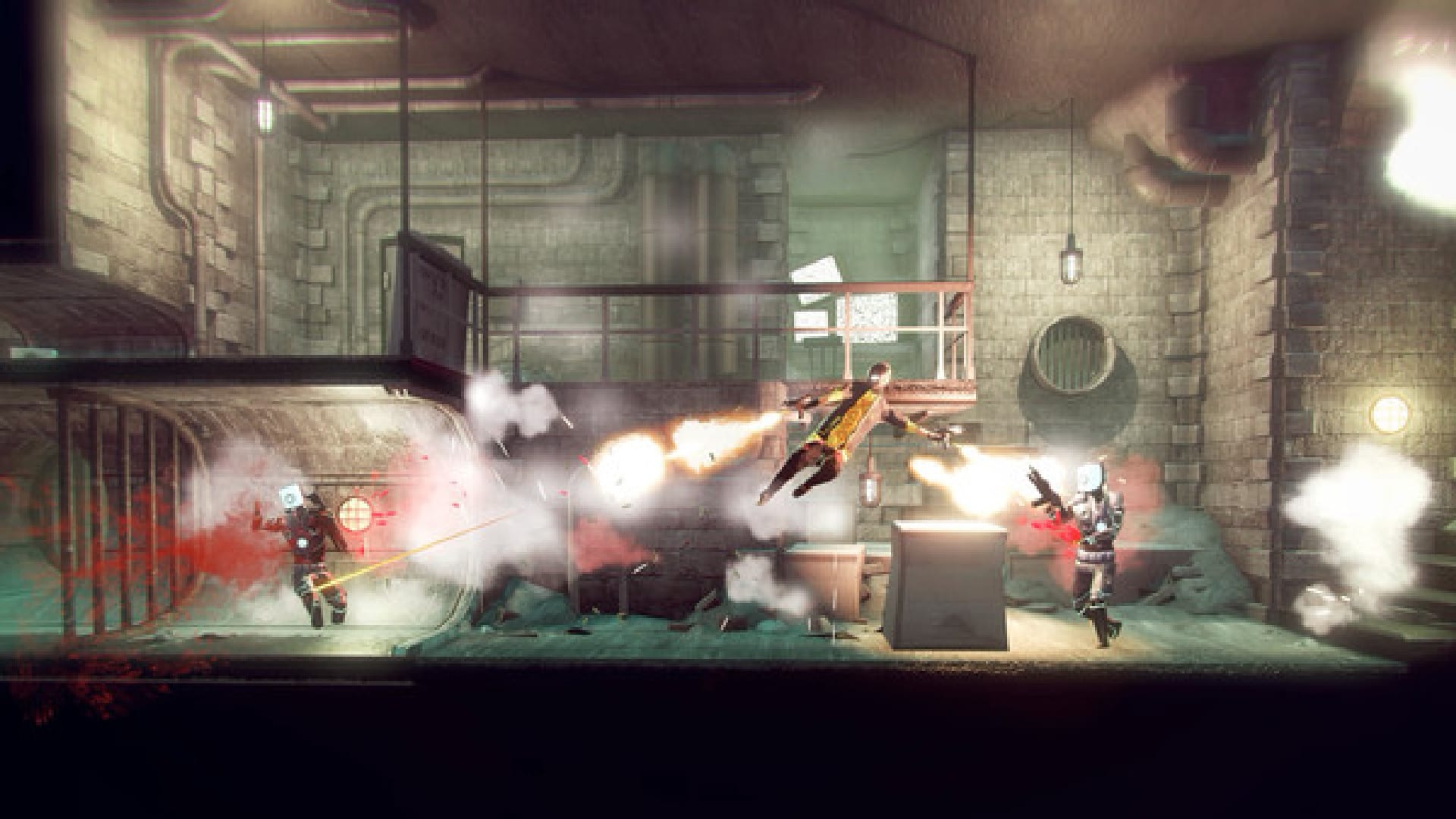 Screenshot Saturday is a weekly feature on GameLuster, based on the Twitter hashtag, focused on upcoming indie games. On Saturdays, developers will post screenshots or GIFs of their games on Twitter. Each week, we compile 5 of the most visually interesting #screenshotsaturday tweets.

My Friend Pedro describes itself as a “violent ballet” and it’s easy to see why. Just look at all of that graceful, slow motion twirling while you shoot up your enemies. Oddly enough, the smooth action scenes aren’t the most interesting part of this game. The main character is carrying out his violent actions “…at the behest of  a sentient banana.” This game has been in development for a while, and has attracted the attention of major YouTubers such as Jacksepticeye and Pewdiepie. While no official publication date has been set yet, developer DeadToast aims to release the shoot-em-up in mid 2019.

This cutscene comes from the upcoming horror game Purgatory. You play as student Alex who, after surviving a car crash, finds a haunted mansion in the deep woods of the Swiss Alps. The low res art design is meant to mimic SNES and Gameboy titles, and it borrows aesthetics from ’70s Italian horror films. Personally, while I appreciate the art style, I’m more interested in the mechanics of the game. You can only carry three items in your inventory, which means that you will have to carefully pick which objects you choose to bring along on your journey. This adds an element of intense strategy to an already heart-pounding horror environment.

This gameplay footage comes from Bleak Sword, an upcoming action-adventure game. As the player character, you’ll slash your way through a variety of monsters in this 3D pixelated environment. Little else is known about the game right now, as there is no official webpage for it, but you can follow development on the dev’s Twitter.

In Spanish “el hijo” means “the son,” and so it’s fitting that this stealth game centers on a 6 year old’s quest to find his mother. It’s set in a mythical Wild West, overrun by outlaws and bandits. The mother sends her son to a monastery as a means of protecting him, but he decides to chase after her. According to the game’s website, the player will navigate through three different environments by solving a variety of complex puzzles. Developer Honig Studios plans to release El Hijo sometime this year for the PC, Mac, and other consoles.

In this tweet, developer Johan Vinet demonstrates how he uses rotoscoping, an animation technique that involves tracing over real-life footage, to create the cutscenes for the 2D platformer LUNARK. Evidently, this painstaking process produces beautiful results. You play as orphan Leo, and must “retrace your origins in the midst of a rebellion against the totalitarian regime of Lunark.” Right now Vinet is running a Kickstarter for LUNARK, which has 26 days to go in meeting its whopping $52,960 goal. You can check out the trailer for LUNARK and contribute to the Kickstater by clicking here.

Check out the #screenshotsaturday hashtag on Twitter to learn more about other upcoming games. Let us know your favorites in the comments below!