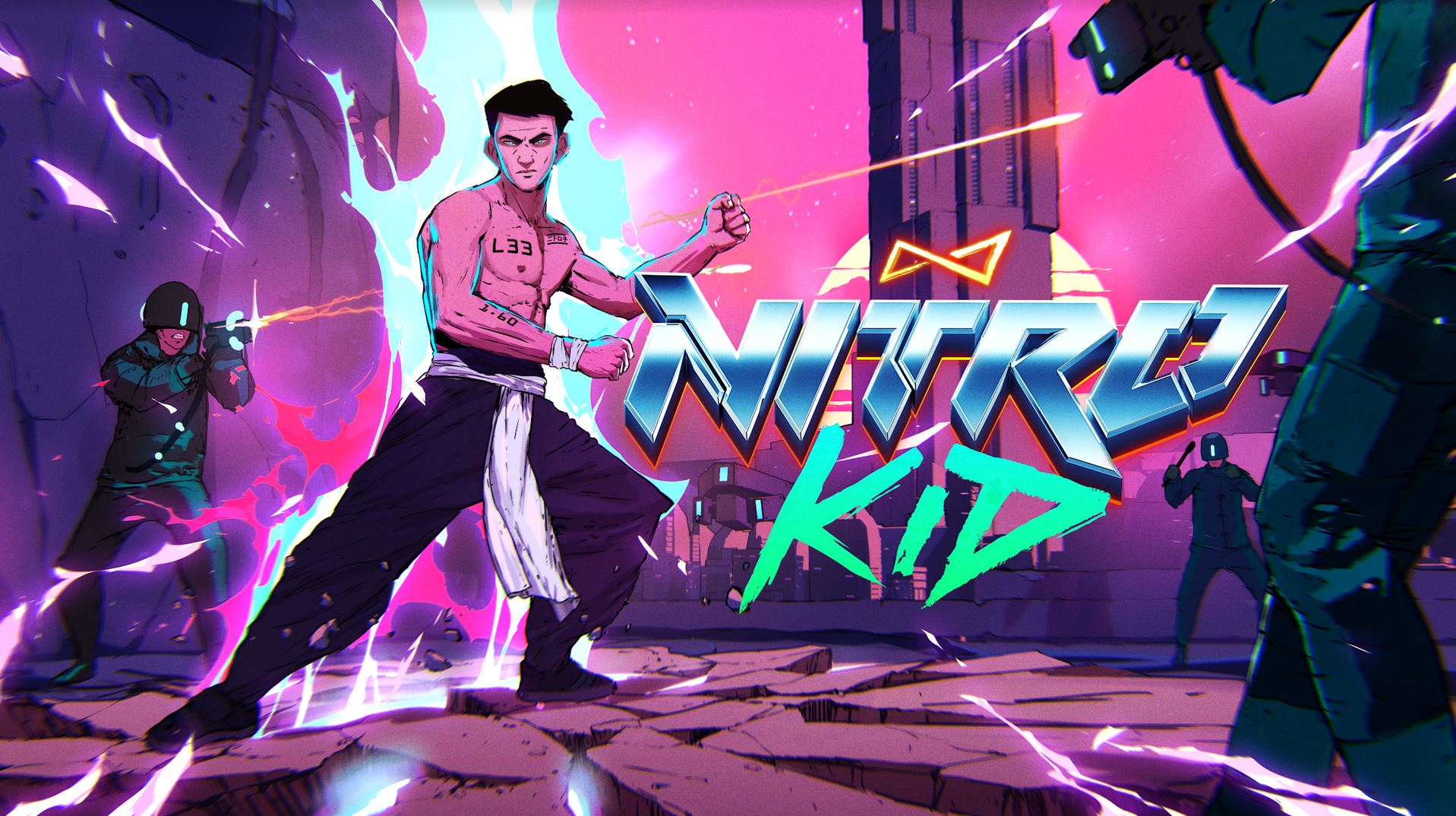 New Zealand-based developer Wildboy Studios has officially announced their second game, Nitro Kid. The title is part futuristic romp, part nostalgia-filled love letter to the films of the 1980s. Following up on their 2019 release of Atone, a Norse Mythology-based story-driven puzzler for Apple Arcade, Wildboy Studios has gone in a completely new direction with the unapologetically colorful and cool Nitro Kid.

After a meteorite lands in New Mexico and wipes out all traces of adult life in the area, mega-corporation INFINITY sees their chance to take advantage of the situation. They grab the children who survived the crash and keep them locked up deep within INFINITY Labs, where they are experimented on and turned into powered-up super soldiers known as Nitro Kids. As L33, an ordinary human who discovered the secret of the Nitro Kids and is determined to rescue them, players must hunt through the procedurally generated rooms of INFINITY Labs. Foes of all sorts abound, including human scientists, high-tech robots, and bizarrely altered mutants.

The gameplay of Nitro Kid combines the roguelike and deckbuilder genres. As L33, players will be able to build a combat deck from over 250 different cards, inspired by both cool kung-fu moves and sneaky espionage tactics. With their deck, players must battle their way through INFINITY Labs. Along the way, they can unlock several different player characters, each with a fully unique card set to try out.

Nitro Kid‘s world is inspired by a combination of 1980s films and the retro look of 1980s Miami. In addition, the title features a synthwave soundtrack with over 30 tracks composed specifically for the game. This music and aesthetic style is combined with artwork that pays homage to the classic pixel looks of vintage video games.

A demo of Nitro Kid is currently available to try for free as part of the Steam Next Fest. The full version of the game is currently anticipated to release for PC via Steam later in 2022. For more on Nitro Kid, stay tuned right here at GameLuster.