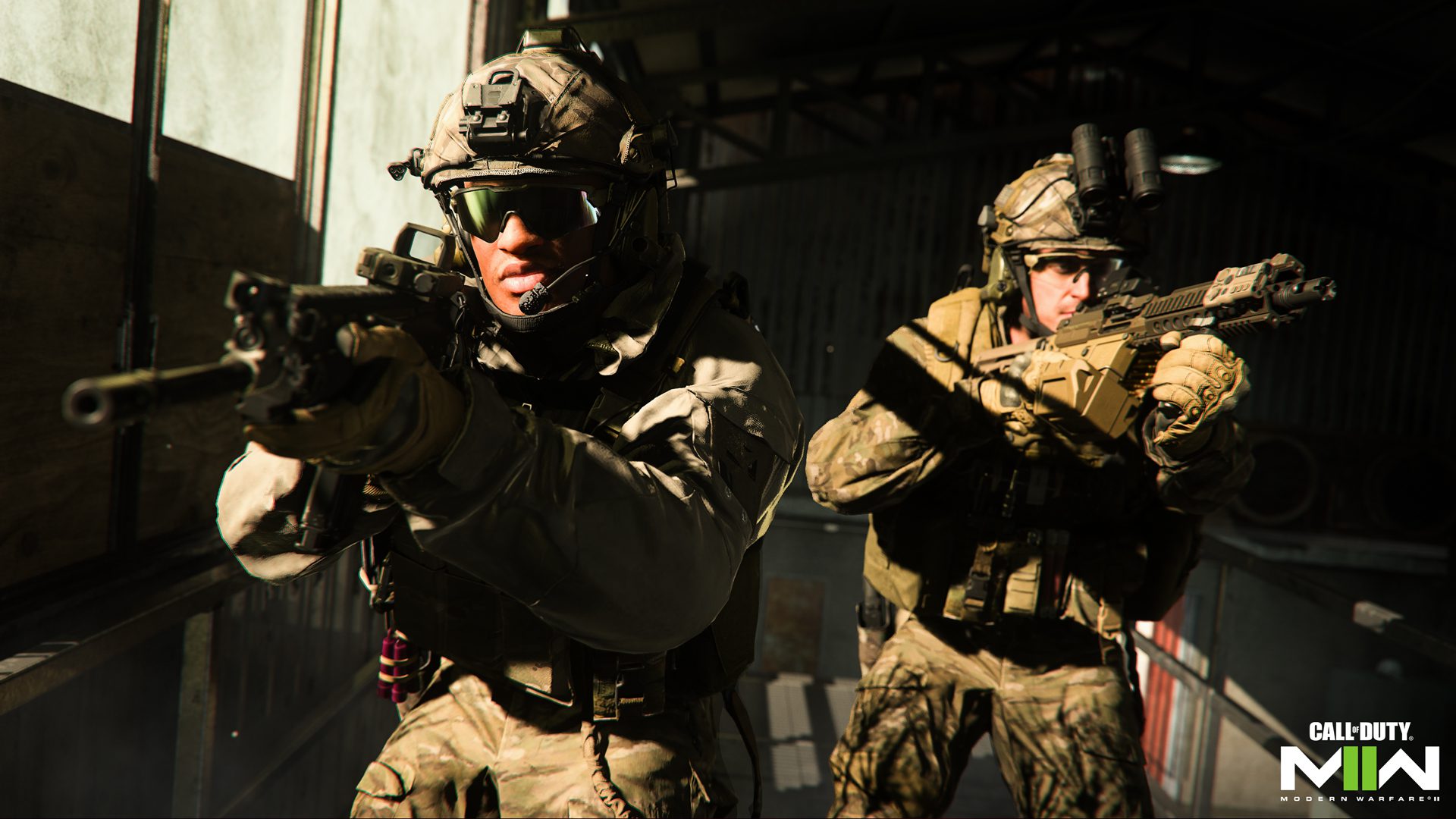 If there were ever a way to de-escalate rising tensions with civilians in a Call of Duty game, you wouldn’t imagine it’d be pointing your weapons at them. Yet, that seems to do the trick in the campaign for Call of Duty: Modern Warfare II. This unusual encounter in the game has been likened to the Pay F to pay respects, a popular internet meme associated with the Call of Duty franchise. “Hold L2 to de-escalate civilians is the new Press F to pay respects,” said one Twitter user, @velocciraptor.

One Twitter user, Jacob Geller, posted a clip from the campaign to their Twitter account, in which the player stalks through a trailer park at night, only to be then prompted to press L2 and aim a weapon at the civilians.

“Unbelievable moment in the new Call of Duty campaign, where, stalking through a trailer park, the game tells you to de-escalate a situation, and “de-escalating” means pointing your gun directly at civilians,” Geller’s post reads.

Unbelievable moment in the new Call of Duty campaign, where, stalking through a trailer park, the game tells you to de-escalate a situation, and "de-escalating" means pointing your gun directly at civilians pic.twitter.com/HyRxeXzIoh

This tactic, believe it or not, does the trick, and the two civilians return inside their trailer. Calm reassurance, doesn’t seem to do the job anymore, so they’ve had to resort to a more extreme measure to bring peace and order.

The Pay F to pay respects meme originated from a funeral scene in Call of Duty: Advanced Warfare, during which the game would prompt players to press F to pay their respects at the service. Almost ten years since the game’s launch, the meme is now symbolic of showing solidarity and sympathy to other players, be it genuinely or sarcastically.

Call of Duty: Modern Warfare II will launch on October 28, 2022. Those who pre-ordered the game digitally across any platform had early access to the campaign a week earlier. For more on all things Call of Duty, stay tuned right here at GameLuster.