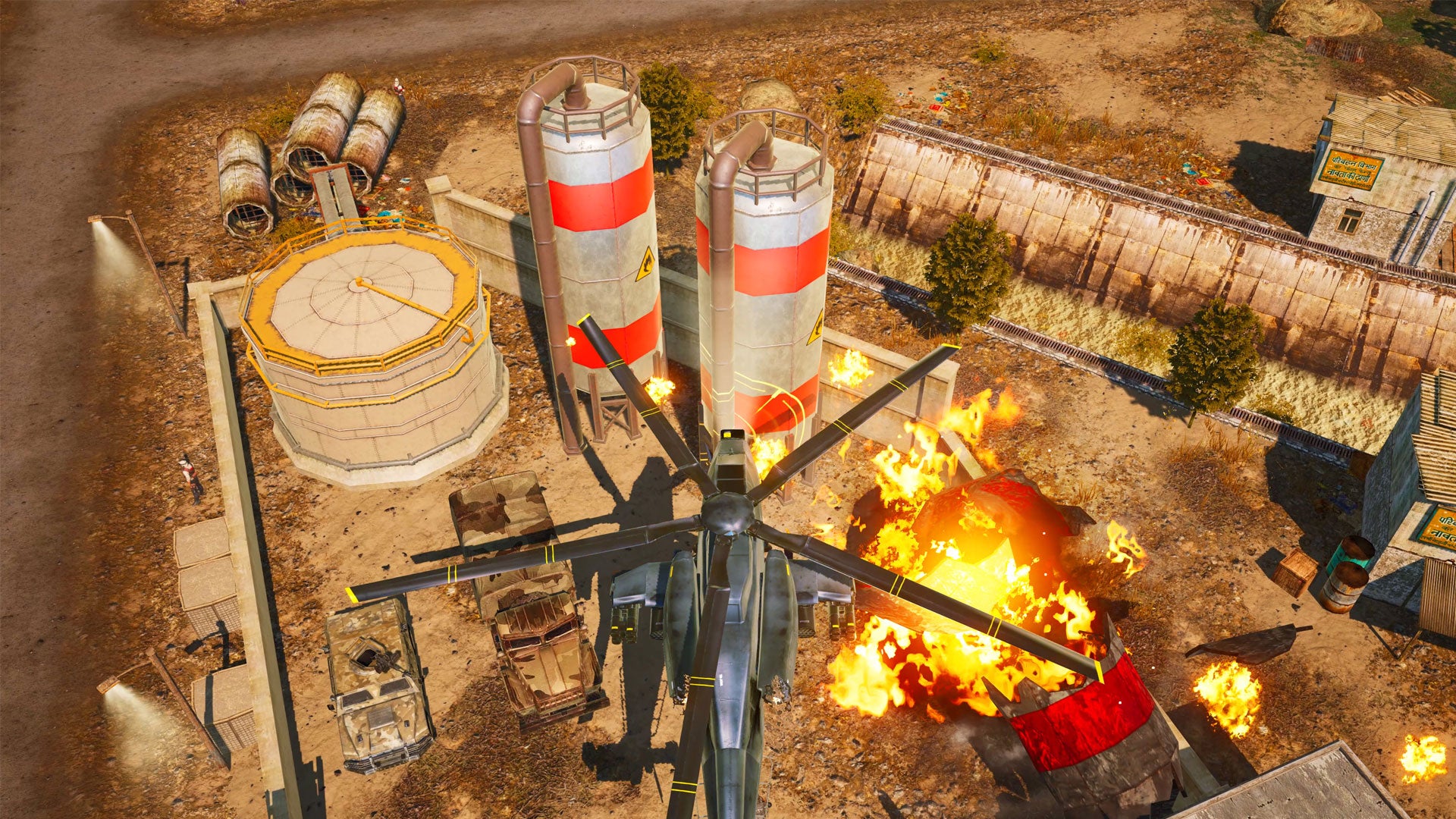 The Just Cause franchise will be getting its own mobile spin-off. The news was announced during The Game Awards on December 10, and while there’s no release date attached to the project, there is a trailer to demonstrate what players can expect, and yes, there’ll be chaos and explosions galore.

According to a blog post from Square Enix, Just Cause Mobile will be free to play and include “high quality 3D graphics powered by Unreal Engine 4, responsive touch controls, unique movement system (parachute, wingsuit, grapple), voice chat and high action gameplay at your fingertips!”

Judging by the trailer, the gunplay is ridiculous, fleets of helicopters are exploding left, right, and centre, and the grapple hook is everyone’s best friend. Just Cause: Mobile’s campaign will offer a 30-player multiplayer mode, and a four-player co-op to sweeten the deal even more. Players will also create their very own customizable protagonist for Mobile.

Intriguingly, Square Enix further confirm that the mobile spin-off will not be developed by Avalanche Studios, those also known for their work on Rage 2, but instead produced by “a new team led by Square Enix.”

While the news is nevertheless highly exciting for enthusiasts of the series, much like myself, I can imagine there are others left a little disappointed by the decision to create a mobile game instead of producing a multiplayer for consoles, in particular, for 2018’s Just Cause 4.

On the subject of a new Just Cause game for PC/Console, Square Enix confirmed that they had “nothing to confirm at this time.”

However, the studio “remain as committed as ever to the future of the franchise and to our fans.”

Just Cause: Mobile will be arriving on iOS and Android sometime in 2021, according to the post’s FAQ. At the beginning of the month, Just Cause 3 turned five.