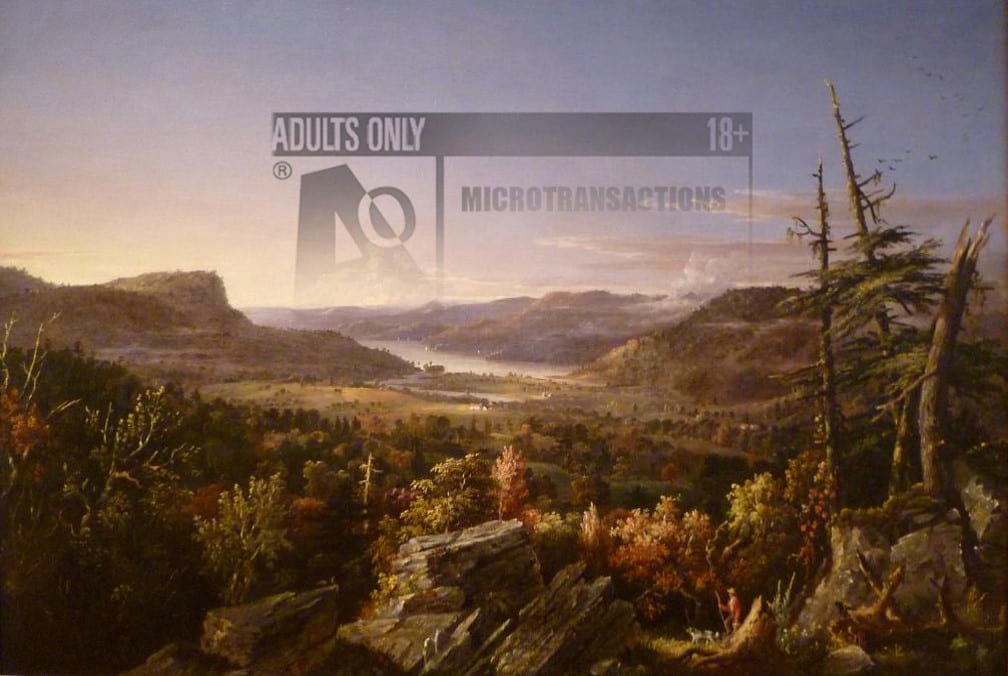 It’s not often one gets to rub shoulders with the big boys—only men don’t play video games, after all—and discuss issues that are always more relevant: the restrictions on your freedoms by an overreaching government. Or, well, it’s not overreaching at all. Really, it’s more like underreaching.

Yes, this week the White House hosted a soirée of sorts and invited some very important people to discuss violent video games. Among those attending were names you’ve never heard of, both from the political establishment and from video game companies you have heard of. And they all discussed the previous school shootings and the 2010 Anderson – Warburton study, the 2005 Salonius-Pasternak – Gelfond study, and the 2003 Huesmann et al. study. Maybe they even looked at the good old FBI crime statistics. I’m sure many important and interesting things were said—on both sides, on both sides.

But make no mistake about it, friends, video games are no more or less violent than any other medium. Nor are they corrupting the moral fabric of society, whatever fabric or society that may be. Indeed, this line of thinking is literally as old as recorded history. In itself, it is responsible for the murder of Socrates, not the poison he drank of his own will. Idol worship in all the major monotheisms of the past two millenia was disallowed for a reason. When Flaubert went to such great pains to write his novel, Madame Bovary, to be one of the greats of the realism genre, he was summoned to court for wishing to corrupt his readers. And this year, gamers around the world can rejoice and celebrate the 20th birthday of Jack Thompson’s first ever attempts to kill gaming in its infancy.

As this trend has always existed, so it has become trivial for anyone still alive to name several of these instances. It should baffle one, then, to see every new American president bring up this by now tired conversation as if anything could be overlooked. Ah, but see, this is Trump diverting attention away from gun control, which is already in place and has become more restrictive since these talks were had. Or it is simply him scapegoating violent media instead of tackling the violent culture, despite the fact that violent crime has been on a downward trend for decades, the rise in popularity and appeal of video games doing absolutely nothing to slow or reverse this trend. Many in this large pool of news commentators are right to mistrust government officials as a default position, but seem to miss the ball enough to simply strike out. Maybe that’s why they play Mario Baseball and not actual baseball.

The dodge is the politician’s favorite move. It’s reliable, it’s easy, and it simply gets the job done. To wit, the president is dodging the real issue as a true professional. But his underlying motive need not be grander than simply not wishing to deal with this issue. Taking the hit, I restate, is not the politician’s strong suit. Those with fond memories of Trump in between playpen hour and formula will remember his apparent openness to literally controversial ideas. By this I mean the switch from the Republican Party to the Democratic Party in 2001, which he then left in 2009. This move in relation to these talks tells us that Trump is a man who loves the image of being a very open-minded person. He doesn’t need to actually be open-minded, just put forward the image of being open-minded is enough to confirm his credulity to the decided voter, and to sway the undecided.

Forgetting for a moment any ridiculous comments about hair spray and climate change, Trump is the politician who seems more neutral on many of the issues on which he should be taking any kind of stand. It doesn’t seem to have hit the level of egregiousness needed for him to be chewed out by the voting public, though, as he did manage to reach the highest public office last year. Other candidates who display a similar lack of resolve get booted rather quickly, as the records show. But take this move on meeting with video game officials and anti-violent media activists as a prime example of this lack of a stance.

First, we get the half-hearted announcement that such a meeting should take place. No one really knew what he wanted or from whom he wanted it. The people who wanted to have a say took it upon themselves to reserve their seat at the table, which gave credulity to Trump’s veneer of trying to have a reasonable discussion on an old, dead horse. He is finally meeting with officials, after all. Then we get reports about how they used a laughably silly montage at low quality with footage lifted from YouTubers, and really a conclusion to the story that is merely a longer loose end. Deciding against choosing to review Toki Tori (2001) or Cogs (2009) or Minecraft (2009) or Farming Simulator 2017 (2016) could only be more of a joke if people seriously deem that montage a decision. Instead, the conversation comes off as very serious business, seeing as Trump was so unreadable during the talks, from a man that, really, was never interested in listening to either side of any story. We get the boring resolution that says we’re going to have to wait and see how things play out, again hardly a conclusion. But now the voting public gets the idea that things are being done and considered, when really nothing is going to be done about violent media, as per usual.

Don’t let all of this distract you, brothers and sisters, from the very real threat that microtransactions still pose to our gaming routines. Where first they were nuisances that cluttered even the best games, now they’ve become a much more enduring plague. We get politicians making official statements as soon they’ll be running tried and true campaigns on platforms of “save the children,” this time from ruining Mommy’s credit. We get a pathetic statement about how fun they can be from the ESRB, an irrelevant and pointless company, alongside the promise of a meaningless and condescending label. And we as a group of hobbyists will not be left alone. It’s condescension and muffled derision and spite and distrust all the way to the White House this time. The policies to come motivated by microtransactions in gaming will effectively reduce all of us to 12-year olds incapable of exercising judgement and eager to spend someone else’s money. I say here and now that we, in fact, buy and choose and play our own games, thanks, but then the time to say “up with which we will not put” was a few armored horse DLCs ago and has since galloped past.

The only real thing to do now is, again, nothing and let the more (financially) invested adults dictate what the conversation looks like. Don’t forget to give them all your money later and tick the red box in a few more years. And those of you who still believe we’re in the 90’s can, for a brief moment, be forgiven for doing so. Just so long as you awaken from your dream of mirrors and realize there’s a lot more money involved that none of us, nor gaming, is ever going to see. At least not after we all willingly hand it over, that is.

Perpetual student of literature living in the most beautiful city on Earth. Iconoclasm should be the main goal in artful conduct. Doing squats is pretty cool, though, I guess.