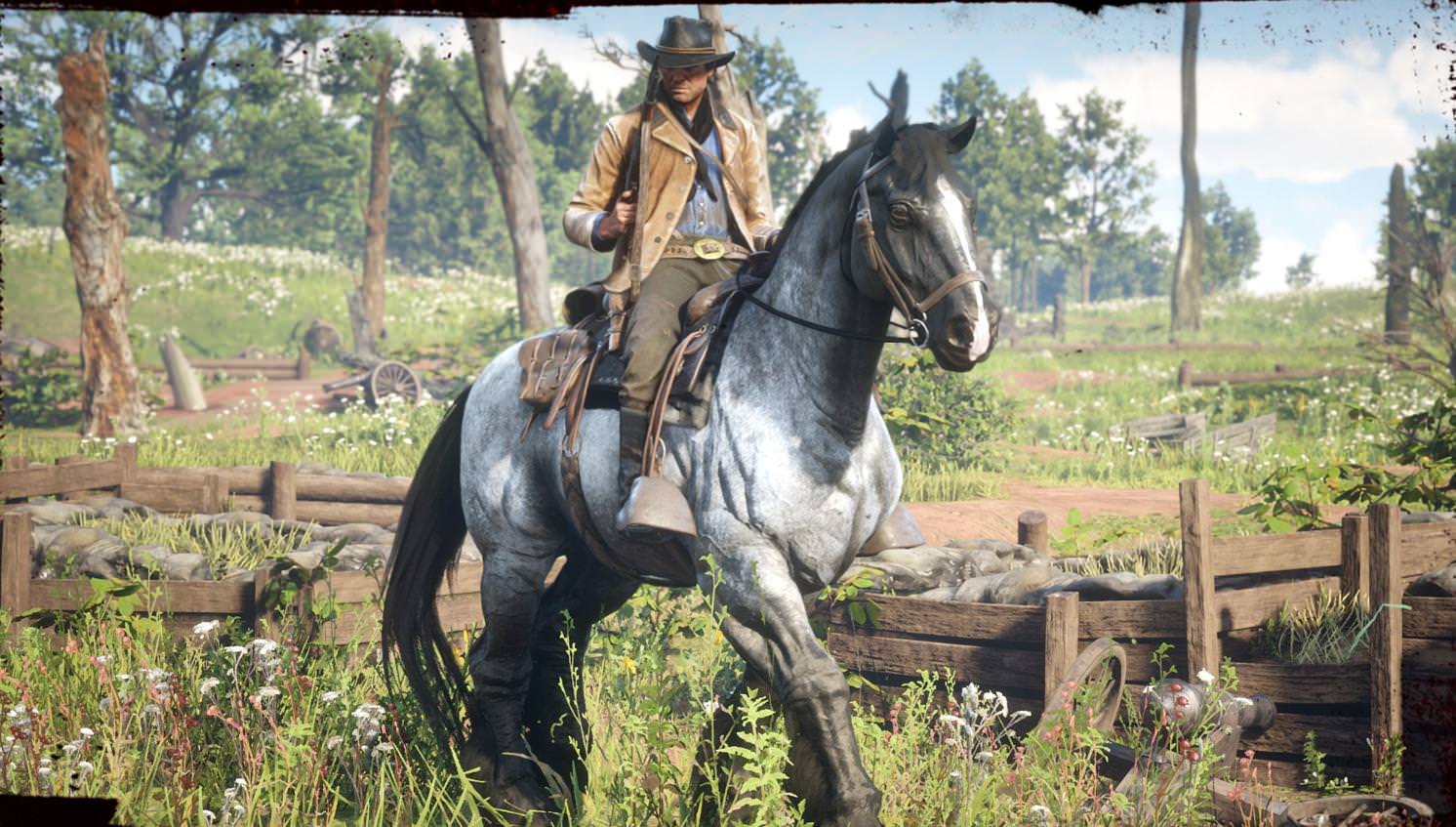 Since we are talking about horses and games, there is no doubt that Red Dead Redemption 2 has some of the most realistic horse racing mechanics out of all games. The game developers tried to capture the real horse-riding experience by including different horse breeds, characteristics, and horse abilities.

If you are one that enjoys fun facts about horses and playing RDR2, then this list is definitely for you.

There is no doubt that Buel is one of the most beautiful horses in the game, and it is a one-of-a-kind sport that is very rare and cannot be purchased from a stable. The Buel can only be found at the pen of the veteran homestead in Online RDR2.

Buel has a beautiful cream gold coat, blue eyes, and pink nose, making him one of the most unique and rare horses in the game. He is a Dutch Warmblood he is much bigger in appearance, making him stand out even more.

Apart from his sheer beauty, Buel comes with standard handling meaning that the horse doesn’t have any special abilities.

In story mode, Buel can be obtained by finding a man called Hamish Sinclair and completing the veteran side quests.

Baylock is another unique and very beautiful horse. Baylock features a deep black coat, white socks, and a bold white face, it is truly striking to look at. On top of that Baylock has striking blue eyes and it is one of the horses in the game that can be recognized straight away.

Baylock cannot be purchased in story mode, and this horse doesn’t exist in the online version of the game.

With that said, you can own this horse in story mode for some time, while Micah is in jail in Chapter 2. However, once Micah returns from jail, the horse won’t be available for you to ride.

Here is another very beautiful horse that is very similar to Buel in terms of coat color. The only difference is that this horse is smaller and thinner and gives that pony princess vibe. This is an Arabian horse, which not every player is a fan of due to its size, but it is still a great horse to own.

The Count has a creamy white coat and a pink nose and it is a pretty striking horse. This horse is owned by Dutch Vandolin and being a gang horse, it is impossible to own or interact with this horse unless you use mods in a single player.

However, the Silver Dapple isn’t only popular due to its beauty. Being a Missouri horse, it is a multi-class horse with standard handling, and they are most popular due to their high stamina and speed.

Unlike the other horses we mentioned, the Silver Dapple can be easily obtained. You can purchase this horse at the Blackwater Stable for $950.

Here we have another one-of-a-kind horse who is frosted light palomino. Even though she is a Mustang, she doesn’t have the notable dorsal stripe and feathers that all other Mustangs have in the game.

Maggie is owned by the gang member Lenny and you can find this horse resting at camp or ridden by Lenny on some side missions. Since it is a horse owned by an NPC, you cannot interact with her or ride Maggie unless you use mods.