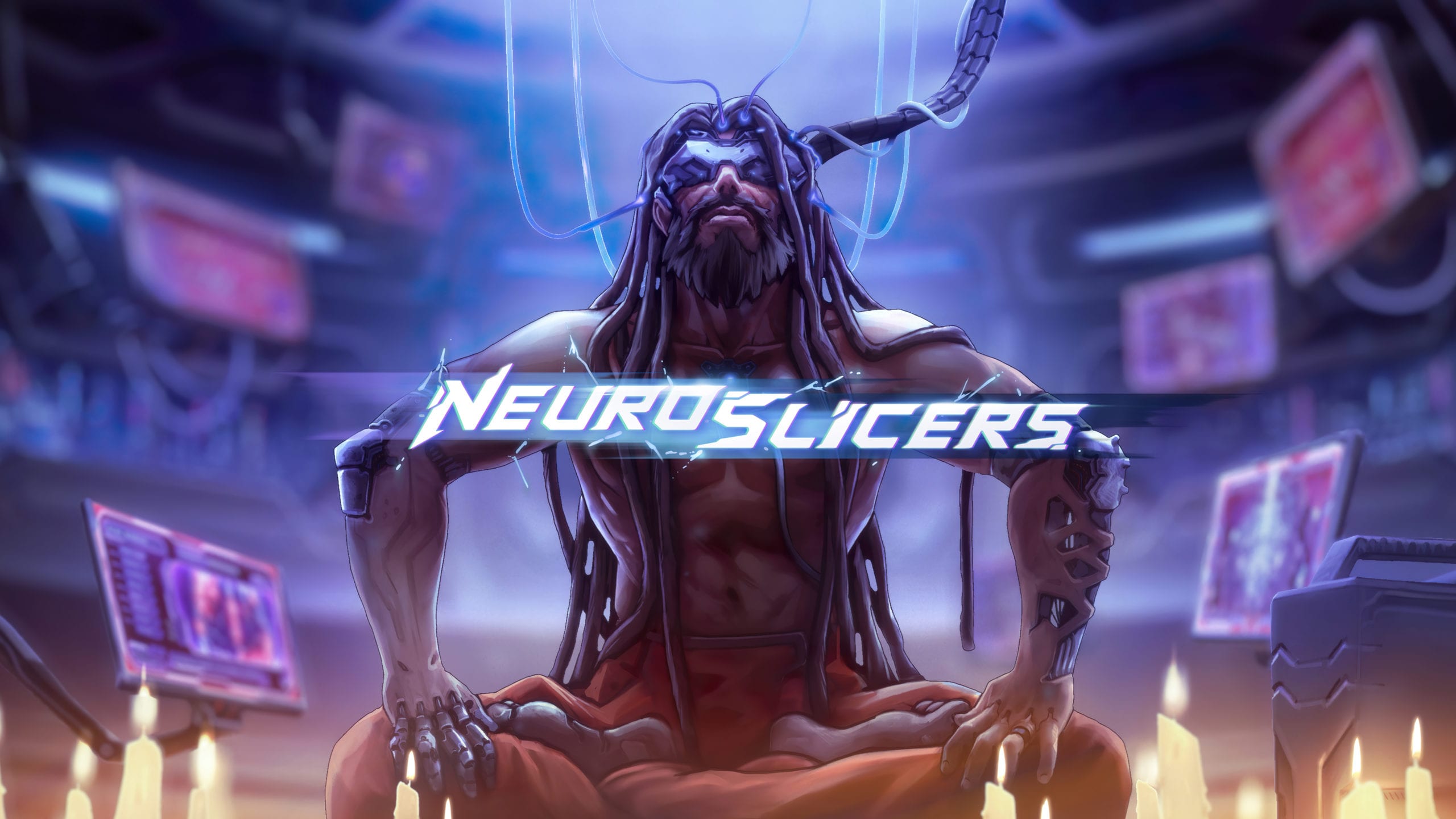 The real-time strategy genre hasn’t been doing very well in recent years. Since the release of Starcraft II more than a decade ago, the most successful RTS releases were remakes of classic popular titles like Age of Empires II and Command & Conquer Red Alert. NeuroSlicers, developed and published by Dream Harvest, is here to test the waters with its Early Access release on Steam. NeuroSlicers is a cyberpunk themed, story driven RTS with competitive PvP and coop modes. The game takes a new approach to a lot of previously established elements of the genre. Resource management, micro and macro, and map vision are a few of the elements introduced differently in NeuroSlicers.

While the game is advertised as a story driven RTS, only a few introductory missions of the story are playable in its current phase. So, there isn’t much to discuss about the game’s story. But with a cyberpunk setting and great art style, it has a lot of potential.

NeuroSlicers has a comic-like art style that fits really well with the cyberpunk theme. Most of the story and dialogues is told through simple comic strips. The game itself looks great and it’s easy to see and differentiate between the various structures and units. The few characters that we meet in the short portion of the story, have professional voice over, which shows the dedication of development team to world building and story. The sci-fi style music is also thematically appropriate and a great background track for both story and gameplay moments.

NeuroSlicers, even in its Early Access phase, succeeds in a lot of aspects. It looks and sound great, and it has the potential for a great story. But delivering entertaining, challenging and balanced gameplay is the most complicated part of any RTS game. This is why the fans of the genre are still playing games from a decade ago, and this is where NeuroSlicers, like many other RTS games over the years, struggles. The game takes a risk by changing some of the chore mechanics and elements of the RTS genre, but these risks don’t pay off. These changes add less to the experience than they take away from what we expect from a competitive RTS game.

One of these changes, is map design and fog of war. By removing fog of war, and being able to see what you opponent is doing at any time, especially considering that a 1v1 map is small enough that you can see the whole battlefield in one screen, NeuroSlicers hoped to add layers of strategy, decision making and timing to the game. It didn’t fully succeed in these aspects, because visibility wasn’t enough of an incentive, but it did manage to take away elements like scouting, guessing, distractions, and surprises from the game.

Another change that has a negative impact on the game is removing “micro” from the gameplay. There are two core gameplay elements in any RTS game. Macro is resource management, base building, and unit production aspect of the game.  Micro is the art of controlling your fighting units in combat in the most efficient way possible. NeuroSlicers doesn’t offer any micro gameplay, considering the macro focused playstyle a more strategy focused approach. The reason RTS games are so competitive and among the first video games to be considered esport, is that the combination of macro and micro in a match even between players of the exact same skill level, results in an infinite number of possibilities and outcomes. By removing micro, the game becomes about knowing your options, coming up with the best build order for each map, and knowing the timings. After that, everything that a match comes down to, is which player can execute the plan more precisely and more efficiently.

NeuroSlicers can still be reactionary, but without micro, reactions are much rarer and simpler. In comparison to other popular RTS games, a match of NeuroSlicers might feel slow, even though an average match might be shorter than most other RTS matches. This is because there is less input from players in combat. You simply spawn units and they automatically go towards the enemy and fight them. This results in relatively long gaps between actions, which is really rare for most APM heavy RTS games.

These features and changes make NeuroSlicers less of a competitive and esport viable game. Especially for the older fans of the genre, it plays more like a mobile tower defense than an RTS game. But it also makes the game easier to learn and a good fit for a more casual audience. The main problem is that NeuroSlicers hasn’t decided which path it is taking yet. Between delivering a competitive multiplayer game, and telling a rich and engaging story in the campaign, the game can be more successful if it put more effort in the latter.

As the development continues, we can expect a complete story-driven campaign for the final release, and plenty of fixes, new maps and features, and balance updates for PvP mode. NeuroSlicers have a lot of unexplored potential, and for now, we just have to wait.