Nintendo and The Pokémon Company kicked off the new year with the longest Pokémon-centric Nintendo Direct to date. As expected, this is jam-packed full of new information, including a DLC expansion pass for Pokémon Sword and Shield and an announcement for Pokémon Mystery Dungeon DX.

The Direct begins with an announcement of Pokémon Mystery Dungeon DX, a remake of the 2006 Pokémon Red Rescue Team and Pokémon Blue Rescue Team. This remake features a brand new 3D art style and also will include various Mega Evolutions. The game is coming out on the Nintendo Switch on March 6, 2020, and has a demo available now.

Next, the stream moved on to talk about Pokémon Sword and Shield information. The games are getting two waves of DLC in lieu of a third game. The DLC is slated to add new areas, characters, Pokémon, and Galarian forms to the game. The DLC can be bundled into an Expansion Pass. The first area being added is the Isle of Armor, an isle seemingly focused on fighting, that has its own dojo. The isle has its own Legendary, Kubfu, a Fighting-type Pokémon. Unlike most Legendary Pokémon, Kubfu can evolve into Urshifu, which has two different forms: a Fighting/Dark-type Single Strike form and a Fighting/Water Rapid Strike form. This Pokémon can also Gigantamax, with a different look depending on the form. The Isle will also be home to hundreds of older Pokémon not found on Galar, such as Dedenne and Volcarona. The Isle of Armor also introduces Gigantamax forms for the Kanto and Galarian starter Pokémon: Venusaur, Blastoise, Rillaboom, Cinderace, and Intelleon. 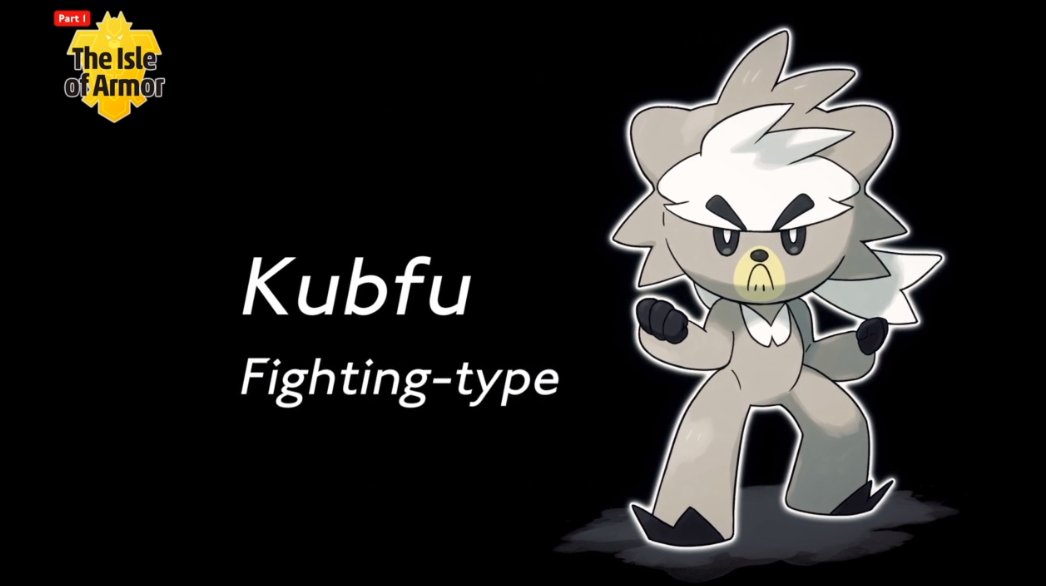 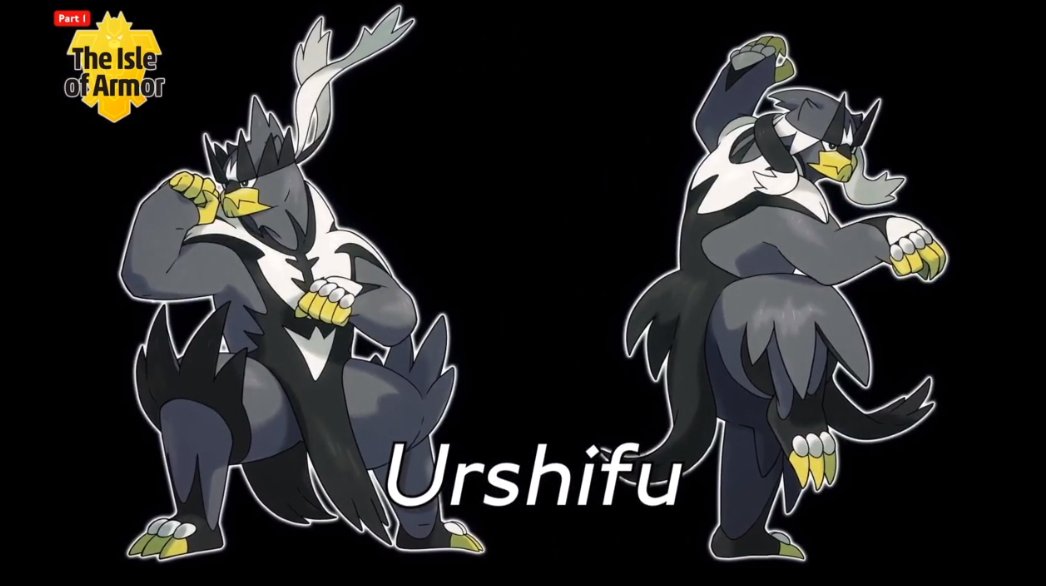 The second new area is called the Crown Tundra, which is an expansive icy wilderness. The area has a temple to the Regi Pokémon, as well as some new still-unknown Regi forms introduced. Not only that, but it seems that all previous Legendary Pokémon from older games can be found in the Crown Tundra as well. Articuno, Zapdos, and Moltres will also be appearing with new Galarian forms. This new area also has its own exclusive legendary Pokémon, a Psychic/Grass deer known as Calyrex, who is rumored to once have ruled over Galar. This area will also be home to much older Pokémon not available in Galar, such as Garchomp and Spheal. The Crown Tundra is also slated to introduce a new co-op play mode where you and other players explore Dynamax Pokémon dens. 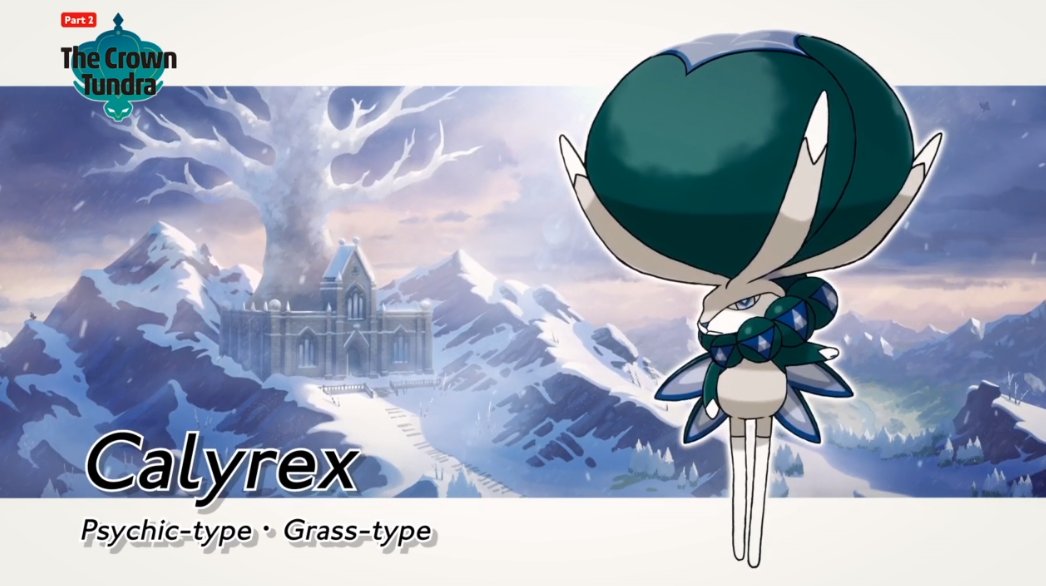 Galarian Slowpoke was also introduced in the trailer and is releasing in a free update to the base Pokémon Sword and Shield today. It can evolve into Galarian Slowbro with an item on the Isle of Armor, and Galarian Slowking with an item from the Crown Tundra. 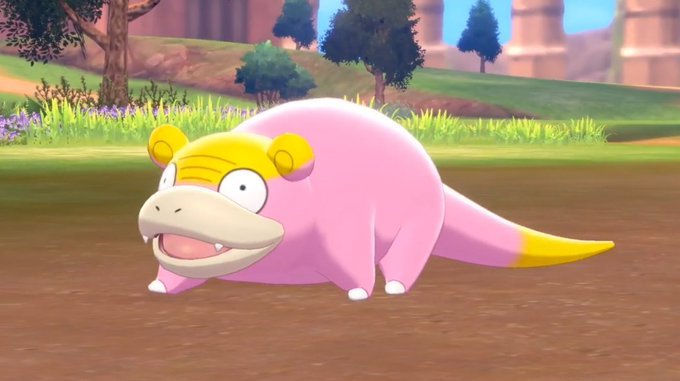 The final piece of new information revealed in the Direct is about the previously-announced Pokémon Home. The app finally has a release date: February 2020. The app can store Pokémon from Pokémon Bank, Let’s Go, and GO and bring them into Pokémon Sword and Shield. The Pokémon Company also confirms that Trainers who don’t have the DLC will be able to trade and transfer the Pokémon found in the new areas using Home.

I'm a 23 year old UNC Chapel Hill grad who knows more about Pokemon than I do myself. I've been interested in video games from a young age, and they have influenced me my entire life, leading me to study Japanese in college, with a dream of someday being able to translate the games I love so much! I've been a lifelong writer dabbling in both fiction and essay writing and I hope to use it to share my love of video games with the world. In my free time I draw, watch anime, watch other people play video games, or play video games myself, with my favorites including any Pokemon game, Fire Emblem, Persona, Tales of, Okami, Xenoblade Chronicles, Bravely Default, and Final Fantasy 15.