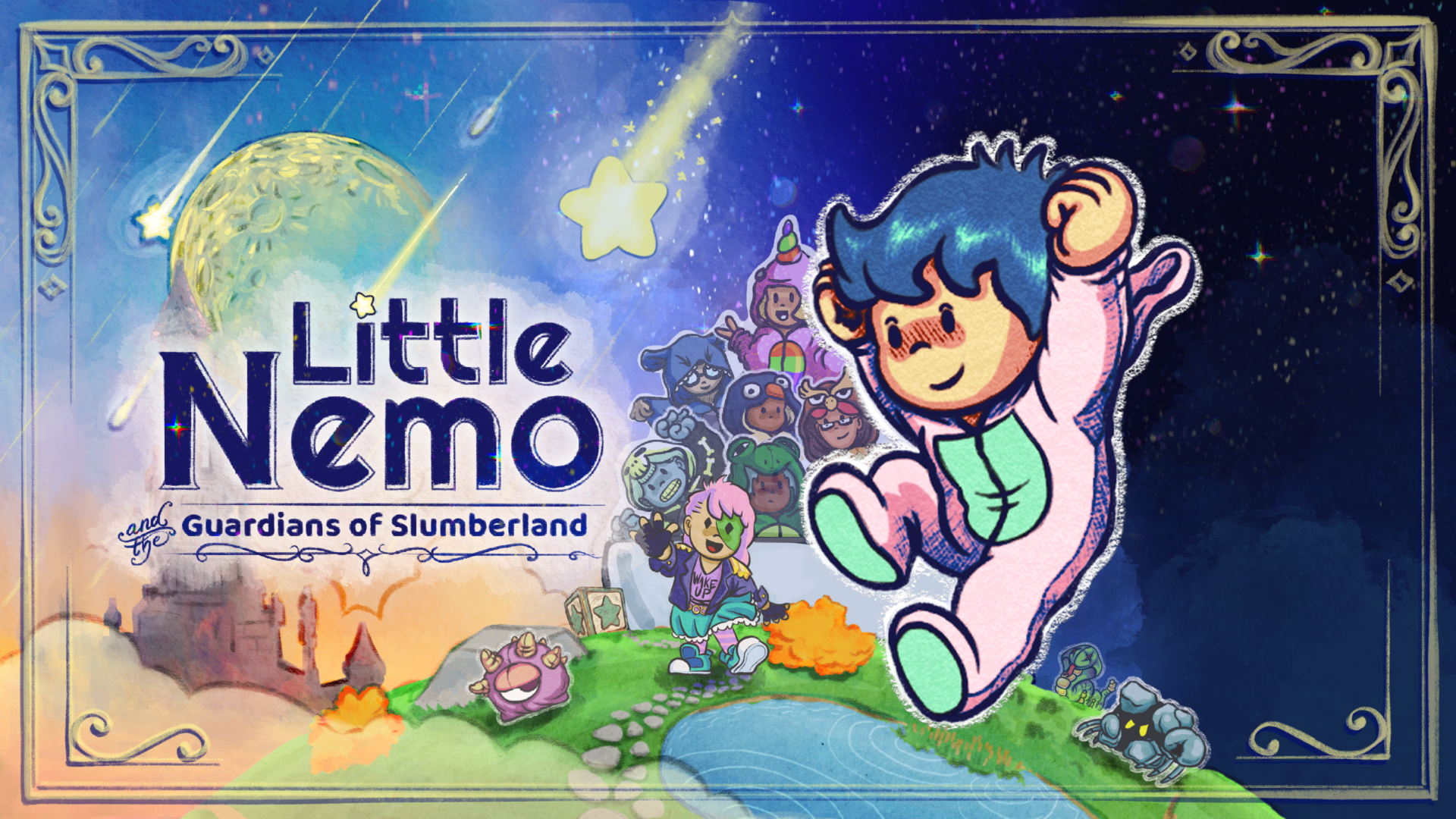 One thing I love is comics, comic books, comic strips, sequential art of all sorts. Now this might be a strange way to start an article on a gaming website, but trust me, it’s relevant. In 1905, Winsor McCay started a weekly color comic strip called Little Nemo, about a young boy named Nemo who was tasked with crossing the vast distances of dreamland to meet its king and princess, only to be awoken from slumber partway to his goal and wake up in bed. The art was gorgeous and elaborate, the settings and characters were fanciful and varied. It’s no exaggeration to say that the work has been influencing artists and animators for well over 100 years.

While the original strip ended in 1914, it is far from the end of the story. In addition to reprints of the original work (now in public domain, go track down the complete works on your local internet archive site), older readers might recall Capcom made an NES platformer called Little Nemo the Dream Master and an arcade game just called Nemo, both based on the 1989 animated movie. There’s even a new Little Nemo comic out. So yes, I was very happy to hear that Little Nemo and the Guardians of Slumberland was being Kickstarted, because more Nemo content is always a feast for the eyes.

And what about the game itself? I sat down with the pre-alpha demo last night and was very impressed with the visual aesthetic and how well refined the gameplay already is. The animations were absolutely beautiful as well, especially the look of the Oblivion areas of emptiness in the dream that will damage Nemo on contact, as well as the seamless transition back to Nemo’s bed and the waking world when he dies or goes to sleep in the dream, and then the transition back when you settle into his bed in the waking world.  The pre-alpha only contains only three of the tools Nemo will use in his journey and a single boss fight, but still has plenty of hidden areas to explore and show off the potential of the game to come.

The character designs have been updated in a softer more modern aesthetic, Flip especially has been changed. Where once Flip was a stout cigar chomping half green adult man just as tall as Nemo and often antagonistic towards him, the Flip of Guardians of Slumberland is now a taller, thinner, Cyndi Lauper-inspired punk rocker woman, with the only elements she shares with the original Flip being a shirt that says ‘Wake Up’ (an early scheme by Flip was to wake Nemo with clothing bearing this text) and half of her face being green. It works to modernize the look of the characters to an 80s and 90s nostalgia without losing any of the dreamlike charm that defines Little Nemo. I certainly had loads of fun playing spot the reference with all the nods to the many bits of inspiration for this game beyond Little Nemo, but even if you have no idea who Purple Tentacle is, for example the Rocktopus boss is still beautifully animated and great fun to fight. The references and the nostalgia are not the meat here, but the frosting, as it should be. I for one have already Kickstarted this project and hope to see it succeed and now I hope you do too.

The Kickstarter for Little Nemo and the Guardians of Dreamland is entering it’s last week. If you’d like to pledge to to making this dream come true, you can do so here.

Tim played the pre-Alpha demo of Little Nemo and the Guardians of Dreamland provided by the developer on PC after making a pledge to the project on Kickstarter.