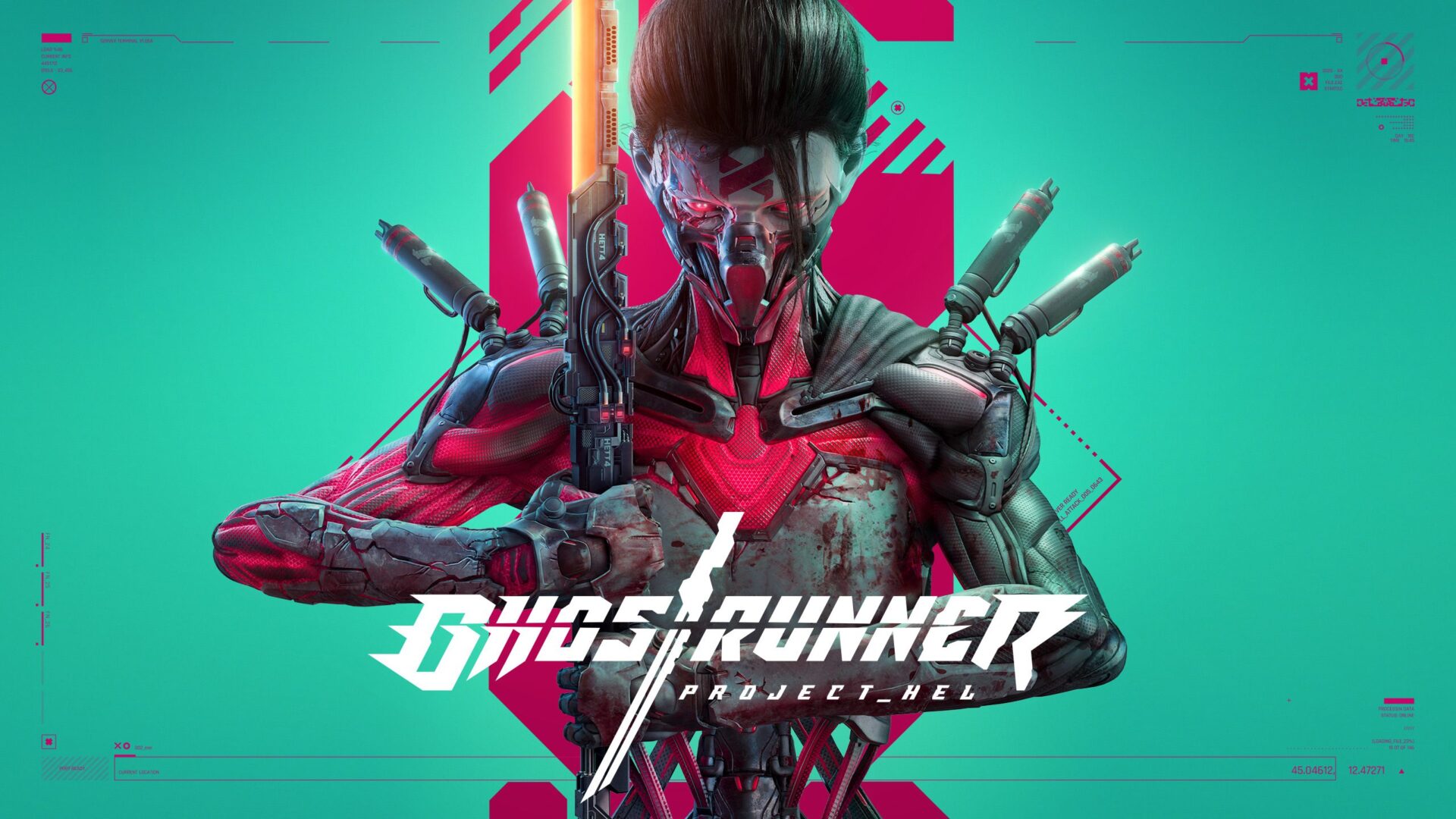 The same can immediately be said of its new content, Project_Hel. Of course, I hadn’t realised any of this before accepting a code for the game’s DLC. I was only three levels into the main game, having fun with this fluid and shiny ray-traced platformer I had missed at launch. Surely the rest of the game, DLC and all, would be a fun and challenging time?

Oh, how young and foolish I was.

Full disclosure, I did not beat Project_Hel. By the time I got around to it, I was frustrated. I had beaten the main game, and felt nothing but pure relief that the experience was over. I took a day to just play anything else and cleanse my palette, such that I could at least try and give Project_Hel a more objective look. To approach it thinking “well, this is just more of the same,” would hardly be productive. Frustrated or not, the game deserved a fair look.

Luckily, Project_Hel did not care, and proceeded to be just more of the same.

It’s a crying shame since Project_Hel continues the downright gorgeous cyberpunk aesthetic of its parent game. The ray-tracing is absurdly well done, the frame rate is buttery smooth, and the environments, though littered with repetitive enemy designs, are incredible to take in. In visual design, developer One More Level’s world is a great one to exist in. In gameplay? Quite the opposite.

Ghostrunner: Project_Hel is a fast-paced action platformer that cares about exactly none of those defining words. Let’s use that as a base to break this DLC down. Firstly, the pace. Returning from the main game are your slide, wall run, zippy teleport-dodge thing, and, of course, jump. Project_Hel takes these abilities and modifies the latter two. Your dodge now freezes time instead of just slowing it down, and projects exactly where you’ll land. The jump, meanwhile, is a lot bigger. It lacks the refinement of a simple double jump, but Hel can move faster and further in the air than her main game counterpart Jack. These elements swirl together to make for genuinely fun traversal at times.

Unfortunately, these additions do little to alleviate the problems the abilities faced in the main game. Bullet time and gigajumps are all well and good, but the way Ghostrunner and Project_Hel implement them pigeonhole the player. Lining enemies up for multi-kills with ninja skills is key, though rarely opportune. More often than not, you’re bouncing from enemy to enemy, dodging all manner of projectiles as you do so. As either katana-wielding cyborg, while powerful, you are only ever effective in one direction at a time. This is not the best feeling when being shot at from literally every direction at once.

Seriously. In just the second level, there were two major instances of the formula just not working. The first was a corridor section, in which a single enemy at the end shoots at Hel from her front, while floating robots shoot at her from outside the corridor to her right. The single shots are easy enough to avoid, but the robot barrage is so wide you have no choice but to either dodge or jump. Except, dodging may well land you in the other guy’s range, and jumping isn’t allowed in this corridor since the ceiling’s all lasered up. Thus, the player must focus on dodging the single shots, all the while moving in time with a wall section that keeps them out of the robot’s line of sight. Sounds simple enough, right?

It was most certainly not. In theory, all I had to do was walk in line with the wall piece, facing forward and strafing left and right as necessary. Yet, this did not work. While moving at the max walking speed, holding the left stick firmly forward and setting out at the same time as the protective wall, I would constantly end up falling behind it. Switch my attention to keeping with the wall, and the guy at the end would shoot me with ease. It was annoyingly set up, barely functional with me using the controls as intended, and only beatable with ham-fisted dumb luck.

Then a combat set-piece came later in the same level. The base gripe with Ghostrunner’s combat sections is that they make it unnecessarily hard to learn them. Think about it. You’re constantly encouraged to move at a rapid pace, making it hard for enemies to hit you. At the same time, the only way to hit them and actually progress is to get close and strike. This slows you down and makes you vulnerable. You’ve barely learned where one enemy spawns before you’re shot down by another somewhere off-screen. It’s a smorgasbord of cheap difficulty.

Project_Hel has the same fundamental problem, but also opts to take the kitchen sink approach to it. In the base game there is at least a decent enough enemy spread to look around for maybe a second or two. In the DLC? Absolutely everything is crammed together. Sure, there’s space to move, but enemies are placed together in such tightly-knit packs that slicing one is guaranteed to have you gunned down by another. In this one set-piece, despite constantly changing tactics, I died multiple times to an off-screen enemy who was not there just a second before. It was infuriating.

All of this is not to mention the general inconsistencies Project_Hel keeps from the main game. Glitched checkpoints forcing level restarts. Inconsistent physics which had me miss or mount objects I was clearly not missing or mounting. Button inputs which randomly decided not to work. Set-pieces which, despite always moving in the exact same way based on my actions, would randomly change in response to the very same actions. This is not dynamic, reactive AI. This is erratic behaviour. This is a game creating artificial difficulty after all but screaming at me to stop and learn its enemy patterns.

Sarim played Ghostrunner: Project_Hel on PS5 with a code provided by the publisher.

Ghostrunner: Project_Hel is more of the same utterly gorgeous, insanely cheap dying simulator as its predecessor.