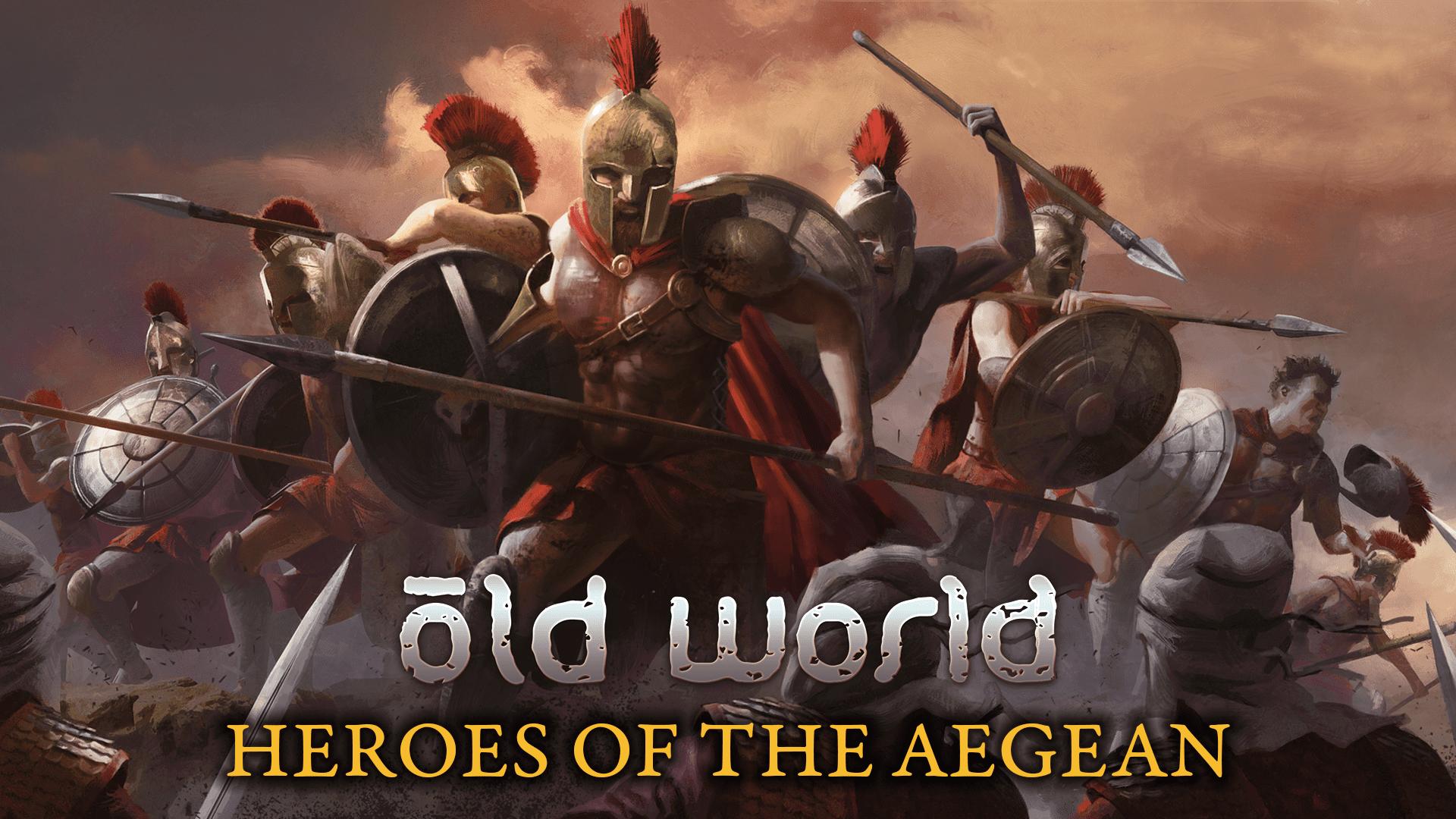 Being a history buff and an old school wargamer can sometimes be highly enjoyable and occasionally frustrating. The history side of you loves seeing everything from famous battles to forgotten skirmishes brought to life in a way the textbooks never quite can. The wargamer in you, however, finds fault with how a given game’s systems handle certain mechanics. Old World, a 4X style game set during the Bronze and Early Iron Age, covers everything from city building and empire management to troop movements and unit abilities. As such, there’s a lot of moving parts, ones which may delight as much as they irritate. The new Heroes of the Aegean DLC adds six scenarios covering everything from the Persian invasions of Greece to the conquests of Alexander. They’re big, they’re burly, and they’re not for the casual wargamer.

Visuals in Old World are a mixed bag of well rendered maps and units combined with oil painting character portraits and scenes depicting key decision points. The map itself has a more “realistic” tone to it, as opposed to the somewhat exaggerated style showcased by Civilization VI. As for the units, they’re nicely detailed, recalling tabletop wargame miniatures (albeit considerably more animated) You’re not going to see a lot of cool cinematics with “Heroes of the Aegean,” and the UI can sometimes prove a bit of a irritation when faced with a wall of text. Neither are you going to be getting a lot of stirring voice work or bombastic themes which stay with you worse than any pop music earworm. This isn’t that kind of game, nor is it that kind of DLC.

With any DLC, the release is usually weighted towards content and balancing rather than new mechanics. Having not played the original release of Old World, I can’t speak to any balance changes, nor can I surmise about new mechanics. I can, however, speak to the content. Six scenarios doesn’t sound like a whole lot, and in some respects, it’s not. While the base game has a campaign allowing players to select a number of different classical civilizations around the Fertile Crescent and the Aegean Sea, Heroes of The Aegean feels almost like a “greatest hits” album from a band who didn’t put out more than a couple records. The Persian invasion of Greece is summed up in two scenarios while ignoring the later Peloponnesian Wars and the March of the Ten Thousand (a deeply odd choice given the title of the DLC). The remaining four center around Alexander the Great, from the reign of Phillip II to after Alexander’s death, while overlooking the decline of Greek culture in the face of a rising Roman Republic. More irritating, each scenario after the first is locked, so you have to win the prior scenario to play the next.

Because this is an addition to Old World, some scenarios are needlessly painful to play owing to the promotion scheme not being familiar to first time players. You could scum-save (which might get very painful, particularly if the decision point you made way back has longer reaching consequences), or you could grind out a win if you’re feeling masochistic. Remember how I said this is not for the casual wargamer? It really is not. Even after going through tutorial games, it doesn’t feel like much if any of the mechanics outside basic movement and attack really stuck in place. It’s safe to say that Heroes of the Aegean is made for Old World fans, which isn’t necessarily a bad thing. But if you’re just starting out, save the DLC till you’ve fully mastered the base elements of Old World. It’s only ten thousand hours, it’ll fly by.

Old World: Heroes of the Aegean
/
A Slice of Antiquity

"Heroes of the Aegean" adds half a dozen scenarios to "Old World," which fans of the series will undoubtedly enjoy. It's the newcomers to the series who will likely find themselves plunging into the sea over it.