Torture, usually defined as inflicting pain on someone to achieve something, is not a nice thing. This goes without saying, but torture is also something that we have to deal with in today's world. Many games feature torture in some detail, from Amnesia: the Dark Descent and Grand Theft Auto V, to members of the Call of Duty series, and in each of these games it serves a purpose, but is that purpose a good one, or is torture a step too far in desensitizing an already desensitized audience?

In Amnesia: the Dark Descent torture is used in the most simple sense, to inflict pain. In the game, the player character, Daniel, needed to stay alive by fending off the Shadow, and to do this he needed to harvest Aqua Vitae, which is taken from animals and humans as they die. By torturing them, Daniel aimed to increase quantity of Aqua Vitae harvested and, in consequence, the warding effect he gained against the Shadow. In the game, the player comes across the torture cells and devices very late on, after Daniel has had his memory wiped just prior to the game beginning. Upon discovering them, Daniel experiences flashbacks of torturing people, and realises what he has done.

The Purpose of the torture from a plot perspective is to give Daniel a chance, not only to be disgusted with himself, but also to give the players an active view into what Daniel, as a character, at least was, even if he is not the same person now. It allows Daniel to repent, and the players to be able to view all of the evidence, his sins, and decide then whether he is capable, or rather worthy, of repentance given the scale of his crimes. If the game only told us that he had tortured people, we could wave our hands and not think any more of it, but to be trapped in the same room as the iron maiden, or any other legendary torture device, the player is actively confronted with what Daniel has done. It is an effective method of engaging the players with the themes of the game. It is also scary, as one would expect from Amnesia.

In Call of Duty, torture has been used in multiple games, notably Modern Warfare 2 and Black Ops. In Modern Warfare 2, whilst in Brazil, the player hunts down Alejandro Rojas, an enemy arms dealer helping Makarov, the main villain, against the player and the allied forces, and when they eventually catch up to him, they torture him in order to gain information. In Modern Warfare 2, torture is being used in a practical sense similar to the way that it is used in places like Guantanamo Bay – to gain information, but does that make it okay?

When Barrack Obama came to power, he vowed to close down Guantanamo Bay, and although he has not managed it, there are reasons why he had support to do so. Torture, although it has a purpose, is against the Human Rights Act, as it takes away victim's liberty. But there is more to it than ethical concerns – when trying to get information, torture is simply unreliable at best, and at worst, does not work. When being tortured, the victim's primary intention, after sufficient pain has been withstood, is to stop it. However, they will find any way of doing this. Even if they do not know the correct answer to the questions they are asked, they will make something up that sounds right, or what the torturer wants to hear. Although this might be correct information, it is more likely to be false. There is also the problem of torture stimulating hormones in the brain, such as cortisol and others including noradrenaline, that cause the brain not only to struggle to remember facts by altering various parts of the brain, but also to not be able to distinguish between an idea and a real memory, allowing the people being tortured to recall things that they honestly believe are true, but actually end up being false, making torture even problematic to the already unreliable lie detectors. To get information, an alternative that works better than torture is simply to allow the victim to relax and like their captors, as then they are more likely to be comfortable talking about whatever is needed to be known.

The use of torture in Modern Warfare does more than just get information, it raises questions about ethics. There was an issue of time, in the sense that the player needed to know about Makarov as soon as possible, so there was hardly enough time to prepare a five-star hotel room for Rojas to recline in, but there was also a question of morality, namely, does the end justify the means? By torturing Rojas, the players hope to be able to get closer to Makarov's location, and therefore stop him from causing any more damage to humanity. We've already seen that torture is unreliable, but in this case Rojas cooperates and gives the right answer, but if he hadn't, then the torture would have been a pointless act of violence that had caused someone extreme pain, but without anything of value being obtained. Perhaps in this case, Soap has done the right thing in torturing Rojas, because Makarov kills far fewer people as a result, we hope, (the game does not go into enough depth to argue it properly) but in general, what he has done isn't a good idea.

Has the game done something wrong by showing us that torture has been a good idea? In the game the player simply leaves Rojas, badly beaten, still chained to the wall. There is no real discussion, only the suggestion that someone from the streets will finish him off. Call of Duty doesn't even try to defend itself. It just does something wrong and then hopes that everybody will agree with the idea that it is useful.

As multiple studies have shown already, the violence of games, movies, and even real life, has the ability to dampen our emotional sensitivity, causing us not to experience the same degrees of shock or other emotions to the same stimulus. This is due to a tolerance being built up to our hormones. Is torture a step too far in desensitization? If you are already willing to desensitize yourself to violence then the added horror of torture is unlikely to leave a huge impact. It should remain hugely horrifying in real life, which is the key, both of making the case for the Human Rights ban, and for making it work as a means for inflicting suffering, even if it will not work so well to get information.

As torture is a concept and reality that we have to deal with, or at least acknowledge its existence, games are perfectly within their rights to depict it. However, when not acknowledging the faults of it as a means of acquiring information, games do stand poised to give the wrong impression to viewers, who might assume that it always works, and thus support its use. While there is no need to have a debate every time it is used, it would be better if games could try and be balanced when using it in that way. For scaring people, torture should always work to disgust, but not always to scare, though Amnesia works well with it. Violence, not just torture, can desensitize an audience, and given how many people who have played many horror games can no longer get quite the same scale of fear from the same things as other people, perhaps torture also has the same effect. But maybe this isn't a problem in the real world, because as much as you can become desensitized to violence by watching it, a large part of torture is the fear that surrounds it, the disgust of society, and this isn't something that you can become desensitized to, because it is everything that we live in constantly and simply have to come to accept. 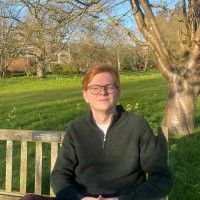 Zelda Wii U is set "in an open world without barriers"

Screenshot Saturday - A Look on the Wild Side