How do you follow up one of the most critically acclaimed games of all time? Nintendo's answer was to create a darker, more compact and personal adventure. Shigeru Miyamoto wanted the sequel to The Legend of Zelda: Ocarina of Time to be completed in one year, which was a short development cycle even in the days of the Nintendo 64. In order to differentiate it from Ocarina of Time, Nintendo created a game with a dark tone and gameplay based around a three-day time cycle. This made the title stand out from all past Zelda games. Eiji Aonuma, the new series director reused assets from Ocarina of Time in order to speed up development and ultimately created a game that complements Ocarina of Time, precisely because it's so different. Its exactly 20 years since Majora's mask was released in Japan on April 27, 2000,  so it's time to look back at its impact, try to appreciate how unique Majora's Mask is and how it was ahead of its time.

Games like Spyro, Crash Bandicoot or the Playstation Tomb Raider titles  used the same game engine as previous entries in their respective series, but with Majora's Mask, Nintendo didn't want to fall into the same routine of rapidly producing sequels that was so common in the early 3D era. Eiji Aonuma wanted to make the game as different as possible, while still excelling in terms of gameplay. And excel it does, because in contrast to Ocarina of Time's linear progression, Majora's Mask is heavily focused on side quests. These involve parallel versions of characters from Ocarina of Time, but this time around, they are much more solidly defined in terms of personality and each have depth to their character. This is shown through how the player interacts with them and the relationships that they have with each other. The unique schedule each character follows sets up each of the numerous and varied side-quests, creating an unique experience compared to Ocarina of Time.

Speaking of schedule, this was another interesting change from the game's predecessors. The innovative three-day time system is perhaps the most polarizing part of Majora's Mask. As a kid, I didn't like this system as it puts pressure on the player and makes for an anxiety-inducing experience; however, now I realize that its part of what makes Majora's Mask so special. The Kafei and Anju sidequest is well known as a sequence that plays out across the entire full three-day cycle and involves many of the residents of Termina, creating a wildly exciting sequence of events. The cycle lets you to get to know the world Link has found himself in. This creates a rich experience in terms of narrative and gameplay. Even the side quests in Breath of the Wild aren't as deep or meaningful as in Majora's Mask.

The mask system is also a fresh gameplay element which is unique to Majora's Mask. The ability to transform into a Deku, Goron or Zora provides the player with more tools to solve puzzles and defeat enemies. While transformation isn't unique in the Zelda series - such as the ability to transform into a wolf in Twilight Princess - The diversity of forms available in Majora's Mask gives you a fun toolbox to both take on enemies and traverse the world. The Zora swimming mechanics are really impressive, especially for the Nintendo 64 and you can't help but feel like a true Zora when you use the mask. The fact that these masks are actually from dead creatures, just adds to the subtly dark tone of Majora's Mask.

Overall, the story is much sadder than Ocarina of Time. I'd even go as far as to say its a bit like a nightmare Link is living through. It's ironic how games where you kill people are dubbed only for adults (for example, any Grand Theft Auto game) when games like Majora's Mask are thematically more mature. Unlike other Zelda games, characters in Majora's Mask often have tragic stories that you can actually effect because of the three-day system. The whole experience isn't without its flaws but the side quests and NPCs really make the world feel alive. Ocarina of Time was a grand, open adventure whereas Majora's Mask is more of a compact, side quest heavy detour.

Majora's Mask sold 3.4 million copies, which is about half of what Ocarina sold. It's likely that it would have sold more if it was a more conventional Zelda game, and because of the time system it has a steep learning curve. Because of this reason, it has become a cult classic, and people rant about it because of its niche or weird reputation. Majora's Mask is an underrated masterpiece that is unique among Zelda games because it focuses on the lives and problems of NPCs. It's a game that isn't afraid to portray personal tragedies that in other contexts would be shocking. However, that isn't to say that the game's message is tragic. On the contrary, Majora's Mask's message is one of hope and healing, and Aonuma and Miyamoto should be revered for creating this emotional, intense and unique work of art. 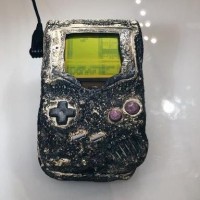