Unlike the previous games, Ys Seven grants players the ability to switch between three characters any time during battle. All features of a modern PC release are also included like plug-and-play controller support, 60fps, full HD, real-time action and achievements on certain platforms like Steamworks. Here's an example:

I’ve played some of the previous titles and as a hardcore RPG fan the features are just bonuses as the epic story and action-packed gameplay are enough to get players excited and jump in. Newcomers and veterans will appreciate the grind in this Japanese action RPG.

Ys Seven is developed by Nihon Falcom and published by XSEED Games. 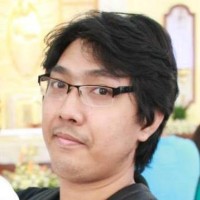 Hi, I'm Ryan. Been playing video games for more than 20 years now and plan to continue playing forever. I'm a proud father and husband.
You can follow me on steemit @rye05

Bungie says it is looking forward to delivering Destiny

Pac-Man 256 has been rated for the Playstation 4, Xbox One and PC