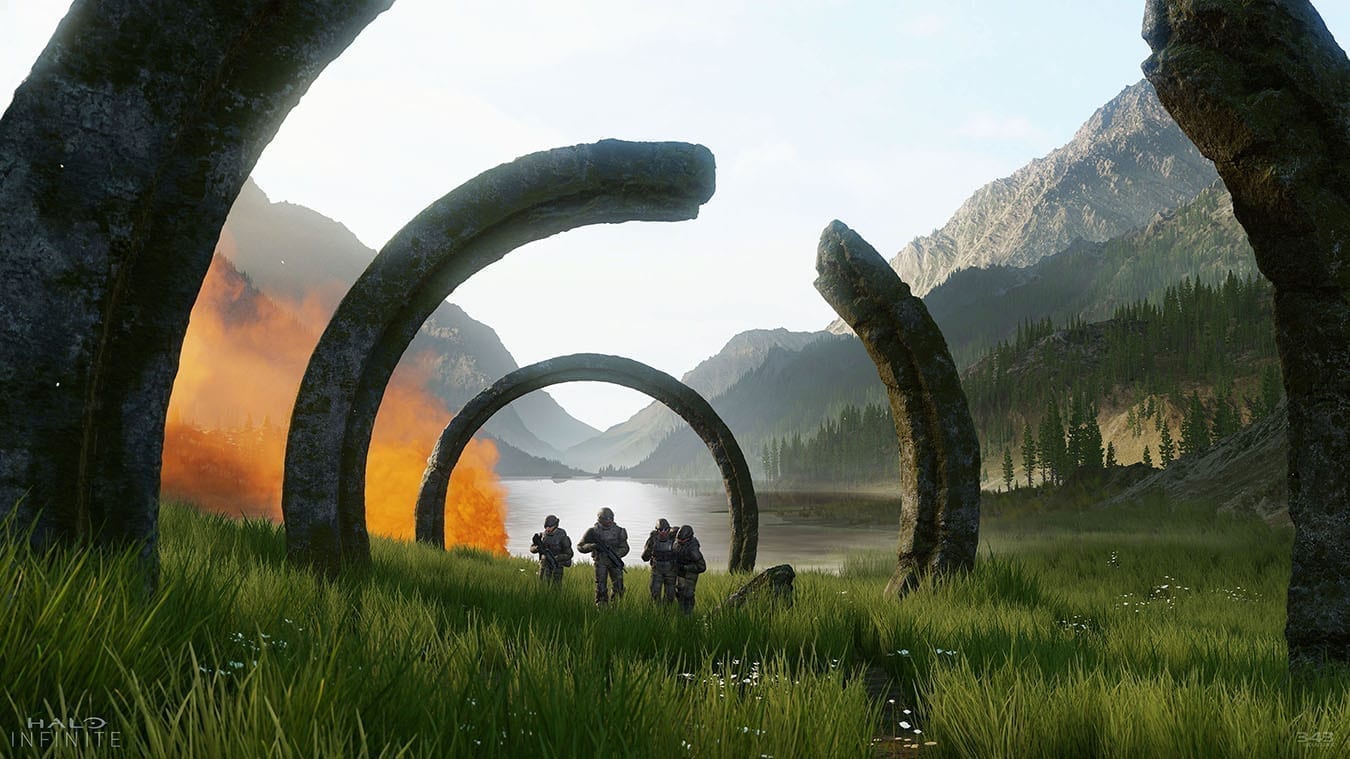 Yesterday, Reddit user kittyrules808 posted a link to an image found via the Mega Construx Halo webpage, which appeared to show a figurine (apparently named Hyperious), sporting an axe and more worryingly, the helmet belonging to Jameson Locke on one shoulder.

Locke was a protagonist in Halo 5: Guardians. With Locke believed to be alive, many within the Halo community voiced their fears the toys had revealed a significant plot point, in which at some point during Infinite, Locke meets his maker.

Now, the community director at 343, Brian Jarrard, has responded via Twitter to clarify what many suspected was a significant leak from the forthcoming Halo Infinite. In the post, Jarrard acknowledged that despite a toy leak earlier in the year, the “products appearing now are all expected and part of the road map.”

He affirmed that the developers “wouldn’t intentionally spoil key game details, so don’t read too much into anything.”

He further clarified: “Not every collectible is a literal tie-in to the game.”

It seems more recently that Mega Bloks has begun to use in-game sequences for inspiration for their products.

While we unfortunately had toy leaks earlier this year, products appearing now are all expected and part of the road map. We wouldn’t intentionally spoil key game details so don’t read too much into anything. Not every collectible is a literal tie-in to the game.

Recently, a teaser for Halo Infinite emerged online. Released by 343 Industries, the short clip features a radio transmission from The Banished, a mercenary group who’d previously appeared in Halo Wars 2.

In the short clip, a sinister announcement is made.

“The hour approaches,” the voice states. “Forces occupy The Ring. Within hours, it will be under our control. Humanity will burn. Their brazen defiance will be all but a memory. No more prophets, no more lies. We stand together, brothers to the end. We are his will, we are his legacy, we are The Banished.”

The Xbox Series X is expected for release during the 2020 holiday season, and Microsoft intends to release Halo Infinite alongside the next-gen console. The game is in further development for Xbox One and PC.