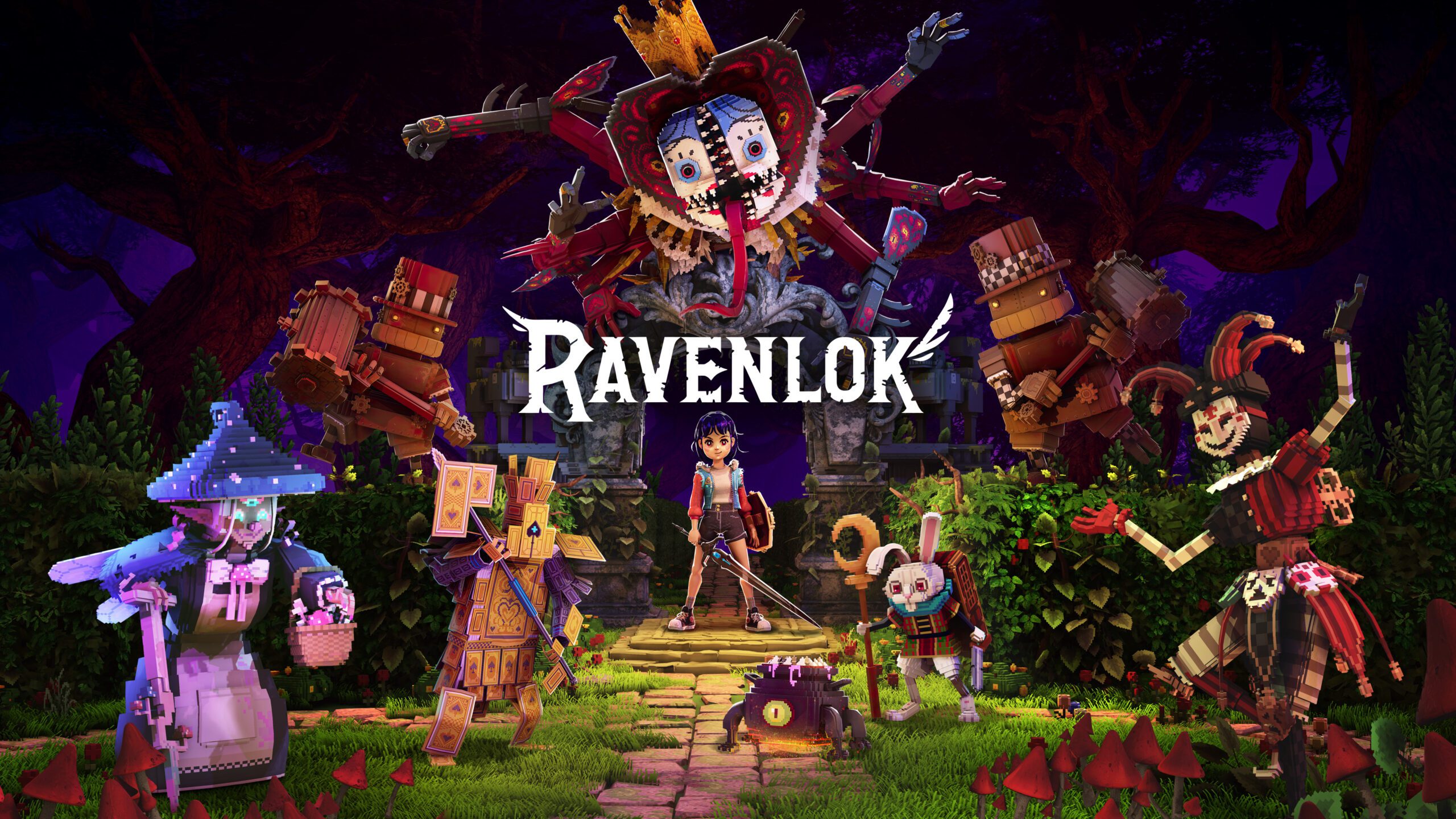 Further details have been revealed on Ravenlok, which debuted at the Xbox-Bethesda Showcase last week. Developed by Toronto-based indie studio Cococucumber, the action-adventure game brings its charming voxel aesthetic and unique creatures to Xbox and PC early next year in 2023.

Titular protagonist Ravenlok finds herself the driver of a dangerous prophecy after stumbling through an antique mirror. She ends up in a dark kingdom with all manner of creatures roaming about. In typical protagonist style, Ravenlok picks up a sword and shield to start slaying. And slash she must, as Ravenlok’s world is home to jesters, giant mushrooms, overgrown flytraps, and more, all with a sinister vibe and not-so-subtle bloodlust.

At the Xbox-Bethesda Showcase, the first trailer was shown for Cococucumber’s adventure. The trailer opens with Ravenlok being spirited away to the game’s main setting. Immediately, the kingdom of Ravenlok harkens to classical influences like Alice in Wonderland. A rabbit sporting a rather large purple hat is the first non-hostile NPC the young protagonist meets. There are quite a few benign bunnies, actually.

Fantastical fungi of all shapes and sizes haunt Ravenlok on the battlefield. Perhaps the most prominent nod to Lewis Carroll’s mythos is the snake-like Queen, whose playing card aesthetic is as arresting as it is intriguing. There’s also a clockwork bird mech, though, so other inspirations are most definitely present.

The trailer ends with a final shot of the Queen hissing, seemingly in anticipation of a clash with the raven-haired heroine. With that, a strong atmosphere is set for Ravenlok’s upcoming trek through the woods of this mythical kingdom.

Cococucumber’s Ravenlok comes early next year to Xbox Series X|S, Xbox One, and PC via the Epic Games Store. The title will also launch on Xbox Game Pass. For more on Ravenlok, as well as other titles also shown at Summer Game Fest 2022, stay tuned right here at GameLuster.