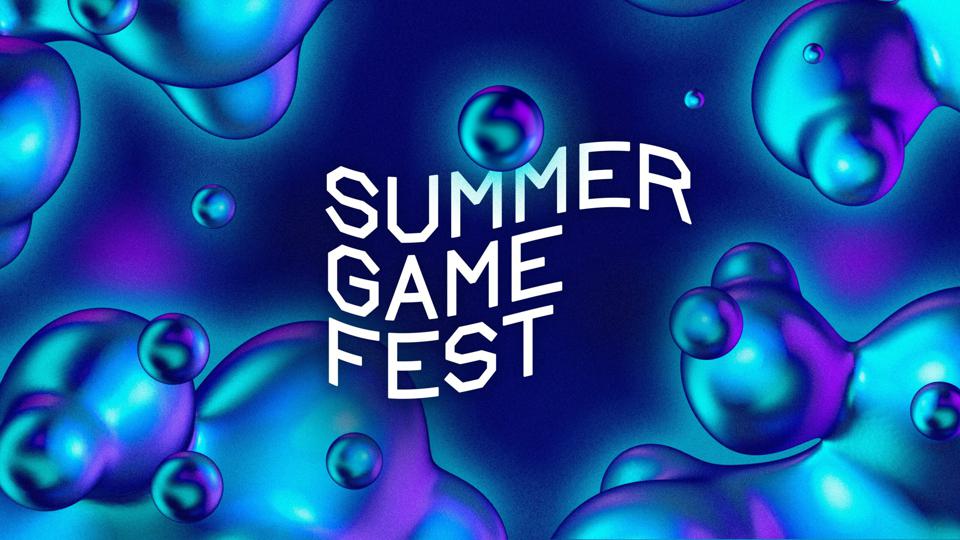 Geoff Keighley emerges from the shadows to promptly announce a familiar face: Guile returns to Capcom’s fighting series in Street Fighter 6, trailer in tow. In the trailer, Guile boasts new moves, old moves, and a maximum paintbrush hairdo. Both he and Street Fighter 6 come in 2023.

Next up is our first of what we imagine will be many World Premieres. A spooky mood is instantly set, with a grizzled narrator guiding us through a dreary space station. Mystery abounds, until an old foe rears its ugly head: Aliens Dark Descent launches in 2023. Read more on Aliens: Dark Descent from GameLuster here!

Continuing the scary space station theme, we are next shown our first look at gameplay for The Callisto Protocol, the next game from original Dead Space director Glen Schofield. Callisto brings fast frights, a gravity gun called the Grip, and death animations that do NOT hold back. The eerie experience comes to consoles and PC on December 2nd, 2022. Read more on The Callisto Protocol from GameLuster here!

The next World Premiere comes courtesy of Infinity Ward, as we receive a full walkthrough of the “Dark Water” level from the upcoming Call of Duty: Modern Warfare II campaign. Read more on Dark Water from GameLuster here!

Next up, a flashback. No, literally. Flashback 2, sequel to 1993 sci-fi platformer Flashback, releases this Winter 2022.

Following the flashback, it’s time for a medieval fantasy. With guns. Witchfire comes to the Epic Games Store in early access soon.

It’s been three World Premieres since the last unsettling game set on a space station, so here’s another! With an all-star cast including Troy Baker, Roger Clark, and Julia Brown, Black Drakkar Games’ Fort Solis is coming to Steam. No release date has yet been given.

Continuing with capers in creepy corridors, Lunar Software and Raw Fury’s Routine comes to PC, Xbox Series, Xbox One, and Xbox Game Pass after over a decade(!) in development. The game boasts a soundtrack from Mick Gordon and automatons that can choke you real good. No release date has yet been given. Read more on Routine from GameLuster here!

If for whatever reason you were hoping for a movie trailer in the middle of a games showcase, The Rock has you covered. Dwayne Johnson makes an appearance to give an energy drink ad, namedrop Fortnite, raise his eyebrow, and reveal the first trailer for DC’s upcoming Black Adam movie.

The next World Premiere is the DLC announcement for 2021 release Outriders. Worldslayer, a major expansion for the 2021 shooter, releases on June 30th, 2022.

With a slew of big names having come and gone, it’s an indie’s time to shine. Coming later this year, Highwater is a game centred on exploring the post-apocalypse of the rising tide.

After acknowledging the efforts and strife of Ukrainian developers working on upcoming indie Replaced, Geoff Keighley brings us our first look at American Arcadia, a game where main character Trevor lives an idyllic life in the city of Arcadia… and every part is completely televised. American Arcadia is coming to PC and consoles. No release date has yet been given.

Next up, the next title from Coffee Stain Studios, of Valheim and Deep Rock Galactic fame. There are goats. Lots of goats. Not quite doing goat things, but goats nonetheless. Oh, this is a Dead Island 2 reference. Goat Simulator 3 skips numerical order to come to PC and consoles this Fall 2022.

The Midnight Suns return with a cinematic update to the roster of the upcoming tactical RPG from Firaxis Games. Venom runs from but eventually defects to the side of Lilith, mother of demons. She also has a Hulk. Fortunately, Spider-Man’s on our side to help balance the equation a little. Marvel’s Midnight Suns releases on October 7th, 2022 for PC and consoles.

Next up, a 2.5D isometric brawler developed by solo dev and Polish dad Jacob Dzwinel. High octane melee and gun fights, a pulsing soundtrack, and a slew of outfits come in Midnight Fight Express, coming to PC and consoles on August 23rd, 2022.

Chinese developer Hoyoverse then bursts onto the set with a double bill of anime-style goodness. First up, Honkai: Star Rail, the Shanghai-based developer’s upcoming turn-based RPG. The trailer offers a look at numerous characters, including a lady casually sipping tea as something blows up to her left. What a concept. Honkai: Star Rail is thus far only confirmed for PC and mobile, with no firm release date yet given.

Rounding out their double drop, Hoyoverse also offers a trailer for Zenless Zone Zero. The upcoming character action game boasts faster gameplay than its Honkai cousin. The trailer also shows enough bullets being sword parried that we’re starting to question just what these things are made of. No release date has yet been given.

Following something called Superpeople and an announcement for the Humankind: Cultures of Latin America expansion launching today, it’s time to get anime. One Piece Odyssey, an upcoming JRPG based on the popular anime and manga One Piece, comes to consoles in 2022. The game features fan-favourite characters like Monkey D. Luffy (or Monkey Da Luffy if you’re Geoff Keighley). Read more on One Piece Odyssey from GameLuster here!

Soul Hackers 2 also gets a short look at its English voice cast. The Atlus JRPG comes to PC and consoles on 26th August, 2022.

After a look at Samsung’s efforts to partner with major game streaming services, as well as a look at classic fighter collection Capcom Arcade Stadium 2, coming July 22, 2022, we get our next World Premiere. Featuring headpound-worthy metal music and gunplay to match, Metal: Hellsinger comes to PC and consoles on September 15th, 2022.

Following the death metal is a major vibe change with The Quarry. Supermassive Games’ upcoming interactive horror adventure receives a delightfully campy trailer ahead of its launch tomorrow, June 10th, 2022.

Next up, survival crafting in Nightingale. Harvesting, town building, gunplay, and more are shown off for this procedurally generated title. No release date has yet been given. Read more on Nightingale from GameLuster here!

Saints Row returns to showcases, this time boasting a unique demo. The Boss Factory allows players to fully experiment with everything the Saints’ new character creator has to offer. And they truly mean everything. The demo is available right now, while Saints Row proper releases August 23rd, 2022.

There are layers to the next title shown. Not very pleasant ones. Bloober Team take the stage to unveil not their rumoured Silent Hill remake, but Layers of Fears, the perplexingly pluralised third entry in their celebrated Layers of Fear series. The new title comes to PC and next-gen consoles in early 2023. Read more on Layers of Fears from GameLuster here!

This October’s upcoming Batfamily-focused Gotham Knights gets a new trailer, this time focused on eldest Bat-child Nightwing. Combat, alternate outfits, and the Grayson glider (which is what I’m now calling it) feature in this look at the action adventure, out on PC and consoles October 25th, 2022.

Finally, to round out the show, Naughty Dog Co-President Neil Druckmann takes the stage. While admitting that much more time is needed before an expansive look, the Last of Us director reveals a piece of key concept art for the upcoming standalone multiplayer game set in Joel and Ellie’s world. Druckmann goes on to share that the title features a story, a new cast, and a world as big as both single-player The Last of Us entries. Following updates and an image from the HBO-produced show based on the first game, the director acknowledges this morning’s leaks of the upcoming remake of the first game. And so, with box art, a trailer, and a release date, The Last of Us Part I is officially revealed. Read more on The Last of Us at GameLuster here!

And that’s everything from Summer Game Fest 2022! What did you think of the reveals? Did anything catch your eye? For more on SGF, including roundups for Day of the Devs and other showcases, stay tuned right here at GameLuster.