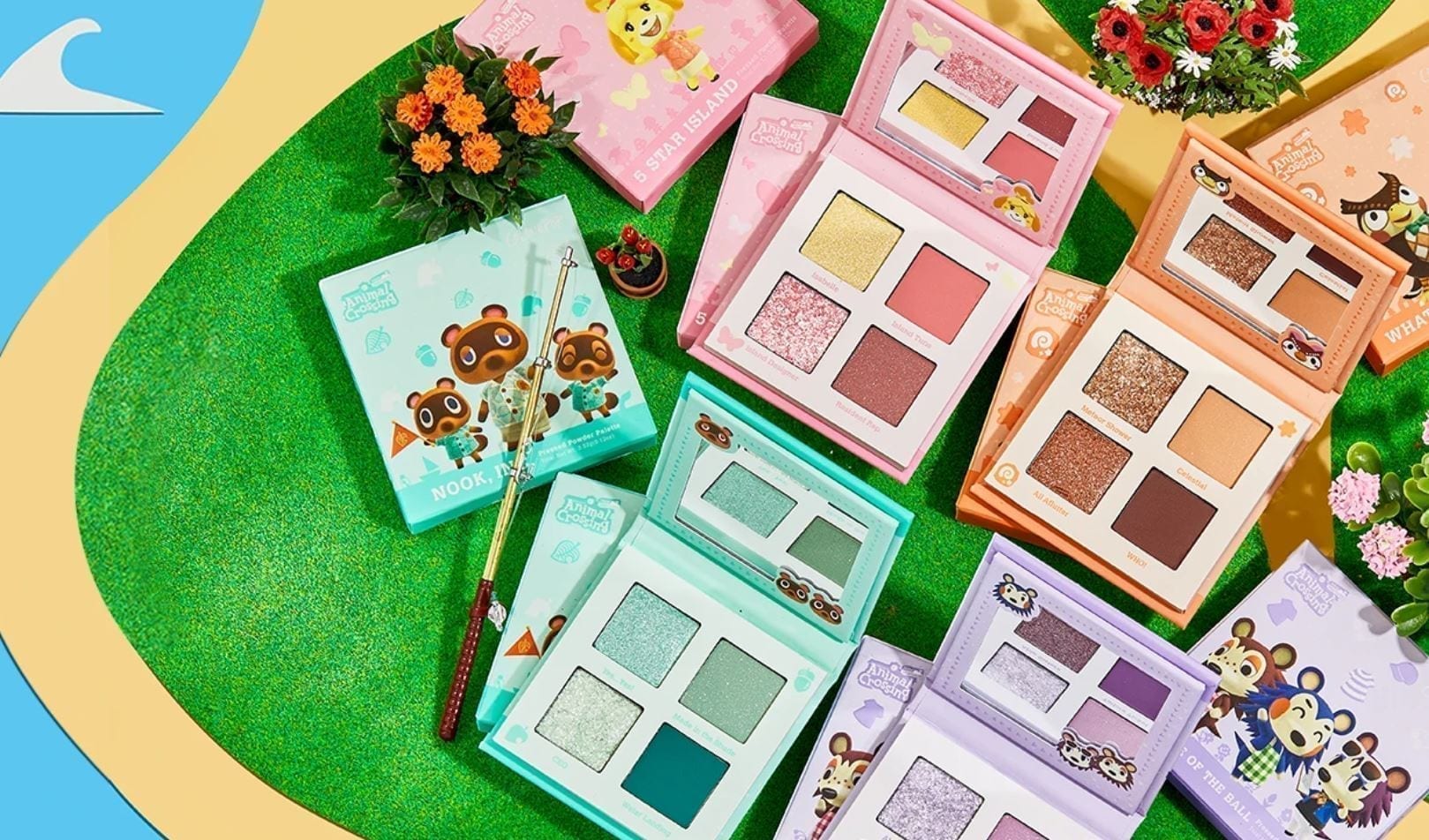 Makeup brand ColourPop has recently announced that they are debuting a line featuring color palettes inspired by the popular game Animal Crossing: New Horizons. The island life simulator, which released in March 2020, gained popularity as a way to connect with friends around the world while remaining socially distant due to COVID-19.

One of the elements of the game praised by fans and critics alike was its use of bright, tropical colors, which are extremely pleasing to the eye as well as both cheerful and relaxing. Now, ColourPop are using those same color palettes to create some iconic makeup designs which immediately bring New Horizons to mind.

The official post on ColourPop’s website doesn’t contain much information, primarily providing a link where interested fans can sign up to get more information as it releases. However, there are a few promotional images which show off blush, eye shadow, lip color, highlighter, and even some glitter gel.

Palettes include “What a Hoot,” a mix of earth tones honoring museum curator owl Blathers, “Nook Inc,” a refreshing set of tropical blues, “Labelle of the Ball,” a purple set based on the fashion-forward Able Sisters, and “Five Star Island,” which features pinks and golds inspired by none other than the adorable Isabelle herself. Other products feature rich pinks, reds and browns reminiscent of tropical fruit, beautiful beach sand, and vibrant flowers. There’s even a gold glitter which brings to mind the star ranking one receives if their island scores a high rating!

Currently, the makeup line is planned to go on sale on January 28, 2021 beginning at 10AM PST. While it will definitely be available online, it is currently unknown whether any of the Animal Crossing makeup pieces will be sold physically in stores.

Are you ready to design your very own tropical island look? Which color palette revealed so far is your favorite? Let us know!