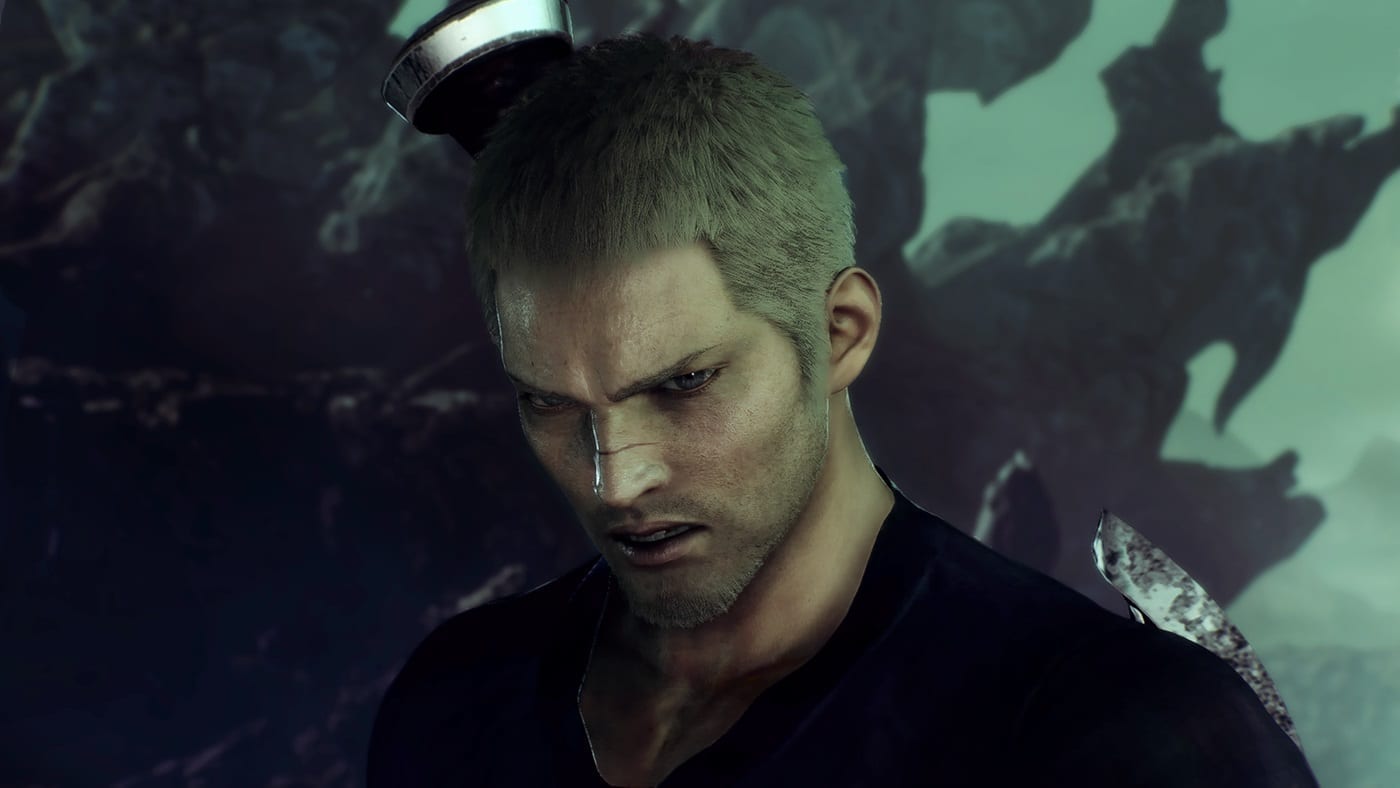 After its trailer as part of Square Enix’s somewhat otherwise preoccupied E3 showcase, more details and clarification on Stranger of Paradise: Final Fantasy Origin have been given in an interview with Famitsu. Creative Producer Tetsuya Nomura, Producer Hitoshi Fujiawara, and Director Daisuke Inoue shed some light on the upcoming Square Enix and Team Ninja title.

While Stranger of Paradise draws from the first Final Fantasy game as an inspiration and motif, Nomura has confirmed it is not a continuation. Furthermore, the Shrine of Chaos as it is presented in the limited time PS5 demo is different from the one that will appear in the game proper.

Protagonist Jack is the titular stranger of paradise, having crossed into this Final Fantasy world from another, which is why his design at the beginning of the game may come across as jarring. He’s supposed to look like someone who clearly does not belong in the world he now finds himself in. His name also has a special meaning, but it’s spoiler-related, so players will have to discover it later.

As you progress through the game, you’ll be able to kit Jack out with various equipment which will be reflected in his appearance. In fact, Nomura says players will probably find themselves changing their equipment a lot, not only for Jack but for the other party members too. Jack will be able to use any armour set or weapon, while other characters are restricted in the type of equipment they can use. Inoue revealed there will be eight weapon types in total. These are the great sword, staff, and spear as shown in the trial version and then one-handed swords, two-handed swords, two-handed axes, daggers, and “fighting” (probably hand-to-hand). As well as when using a staff, you’ll be able to use magic with a one-handed sword for a Knight or Red Mage type of class.

Additionally, he shared that there will be more party members than the three in the trailer, but players are limited to a party of three, so will need to be switching members in and out after others have joined. 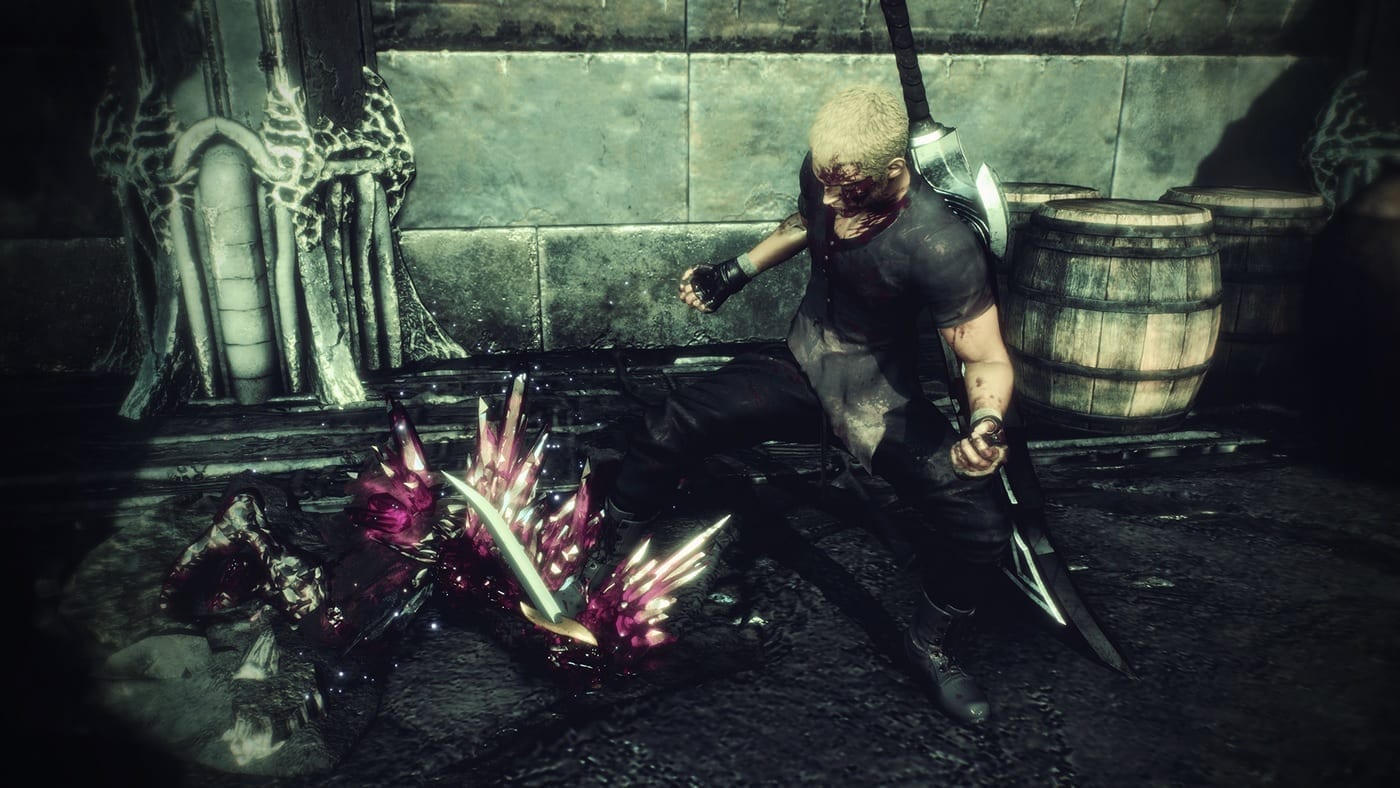 Nomura states Stranger of Paradise is “the story of an angry man” and will be a more mature title expressing dark emotions with a higher age rating than many Final Fantasy games.

Inoue stresses that while it plays as an action game, he wants to express the story as an RPG and keep it deep, so he has been careful with the balance. In a similar vein, the emphasis is on it being a “high difficulty action game” rather than a “death game”, so as not to be too off-putting to fans of more traditional Final Fantasy games. With this in mind, they have been working with Team Ninja on balancing the gameplay aspects such as dodging and guarding to help your chance of succeeding, and the penalties when you are incapacitated are lighter. They are also using feedback from the trial version to help fine tune the gameplay in terms of difficulty.

Fujiwara says one of the real thrills of Stranger of Paradise you get from learning a strategy to use on an enemy and being able to put it into practice, and that this element really showcases Team Ninja’s experience with creating action gameplay.

Although the team considered having only Jack in battle for the difficulty factor, they wanted to keep the element of having friends who can help you and journey with you that is key to Final Fantasy. Each of your other party members will also have their own strengths and types of equipment to use, but feedback from the trial version will help when it comes to deciding how much being able to instruct or customise them will come into play. 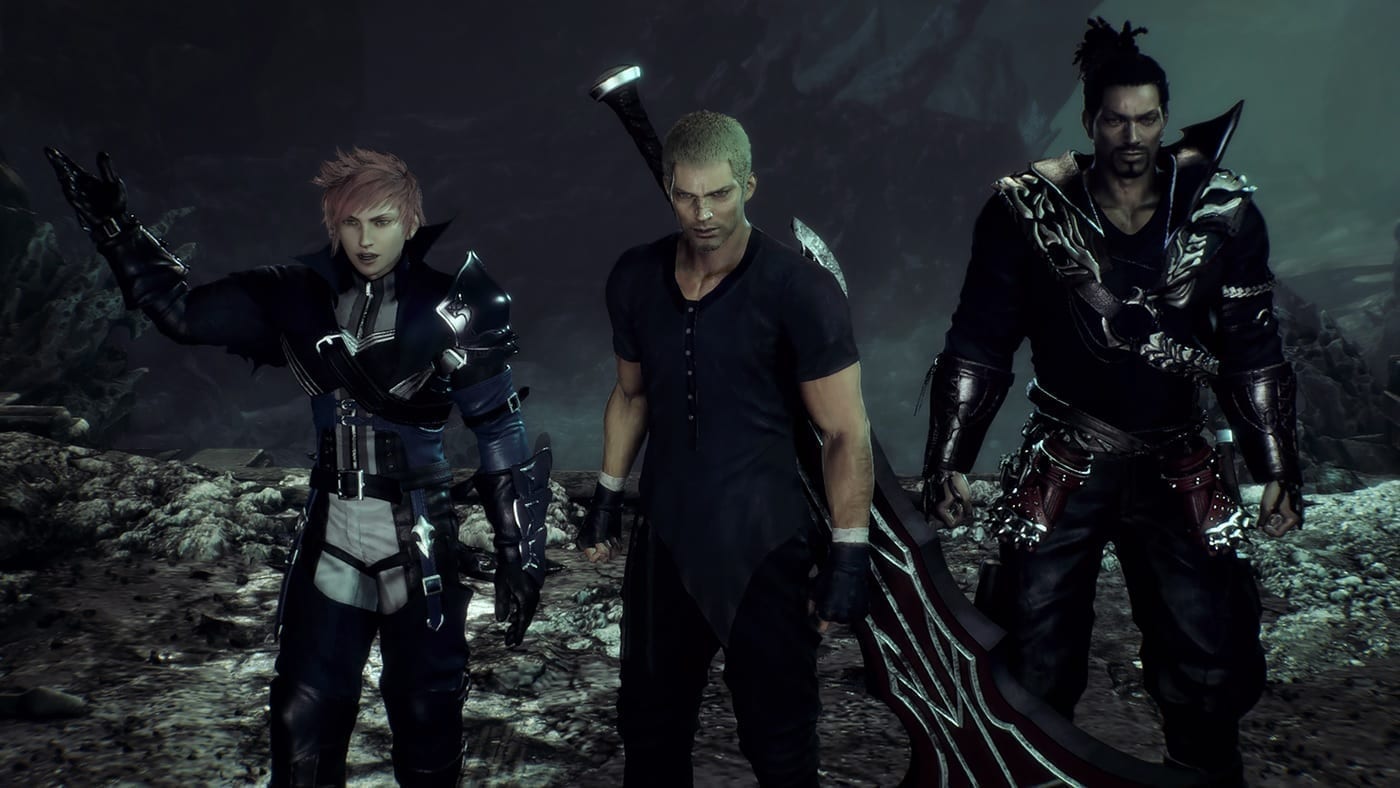 Fujiwara commented that he would like to make Jack and his friends appear in the Dissidia: Opera Omni mobile game in the future.

To close, the three said that they would very much like to hear feedback on the demo so they can improve the quality of the game and that they hope people will look forward to it. They also apologised that it took this long to offer the trial version, but some unexpected issues occurred with it right as it was due to release, and that while there is not much of the story present in the demo, it is a heartwarming and impactful story as it unfolds.

Stranger of Paradise: Final Fantasy Origin is due to launch in 2022 for PS4, PS5, Xbox One, Xbox Series X, and PC. A demo is available exclusively on the PS5 until June 24.