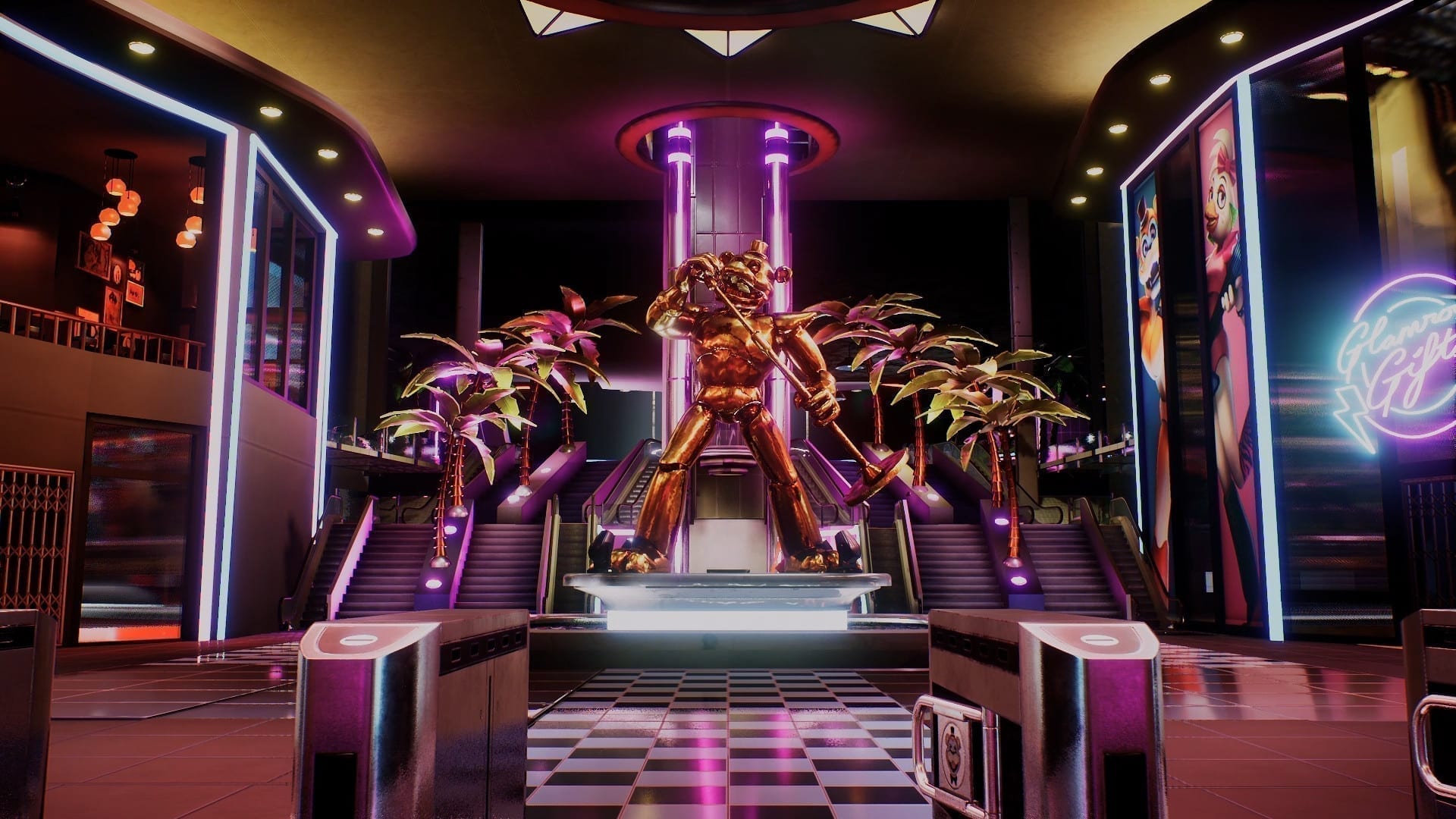 The Five Nights at Freddy’s series has been a very set formula for some time now. You, the player, are tasked with surviving a series of nights while forced to sit in a single location, all while possessed animatronics attempt to kill you. The gameplay has had some additions and variations over the numerous iterations of the franchise, but that core concept remained, even when the series made the leap to virtual reality.

That all appears to change in the teaser trailer for Five Nights at Freddy’s: Security Breach. This new title shows an expansive and gorgeously detailed area, identified in trailer as Freddy Fazbear’s Megaplex. This large scale entertainment complex features a warehouse, kitchen, disco, laser tag arena and a grand mezzanine, all as a feminine yet robotic voice begs an unseen “Gregory” to stop hiding and return to her, that all his friends with her, promising that her anger was only “a glitch” and won’t happen again.

After the voice asks Gregory to “come out and we can play a game together”, another voice – much more gravelly and robotic – warns Gregory to “be still” as the voice has already found them, a worry immediately confirmed as the glowing red eyes of an animatronic shoot open as it screams into the camera, before fading to black.

While this teaser featured no direct gameplay footage, the sweeping shots of the entire Megaplex suggest that players will no longer be fixed to a single spot as they attempt to avoid the possessed Fazbear animatronics, but will instead be navigating the entire complex to evade and perhaps even defeat them, rather than merely survive.

Additional details are scarce, other than that the game promises to take the franchise to the next level by using PlayStation 5’s immersive 3D audio, lightning fast SSD protocols, and real time ray tracing to ensure “the pace of terror is never interrupted”

At the time of writing, the release date for Five Nights at Freddy’s: Security Breath has not been announced.