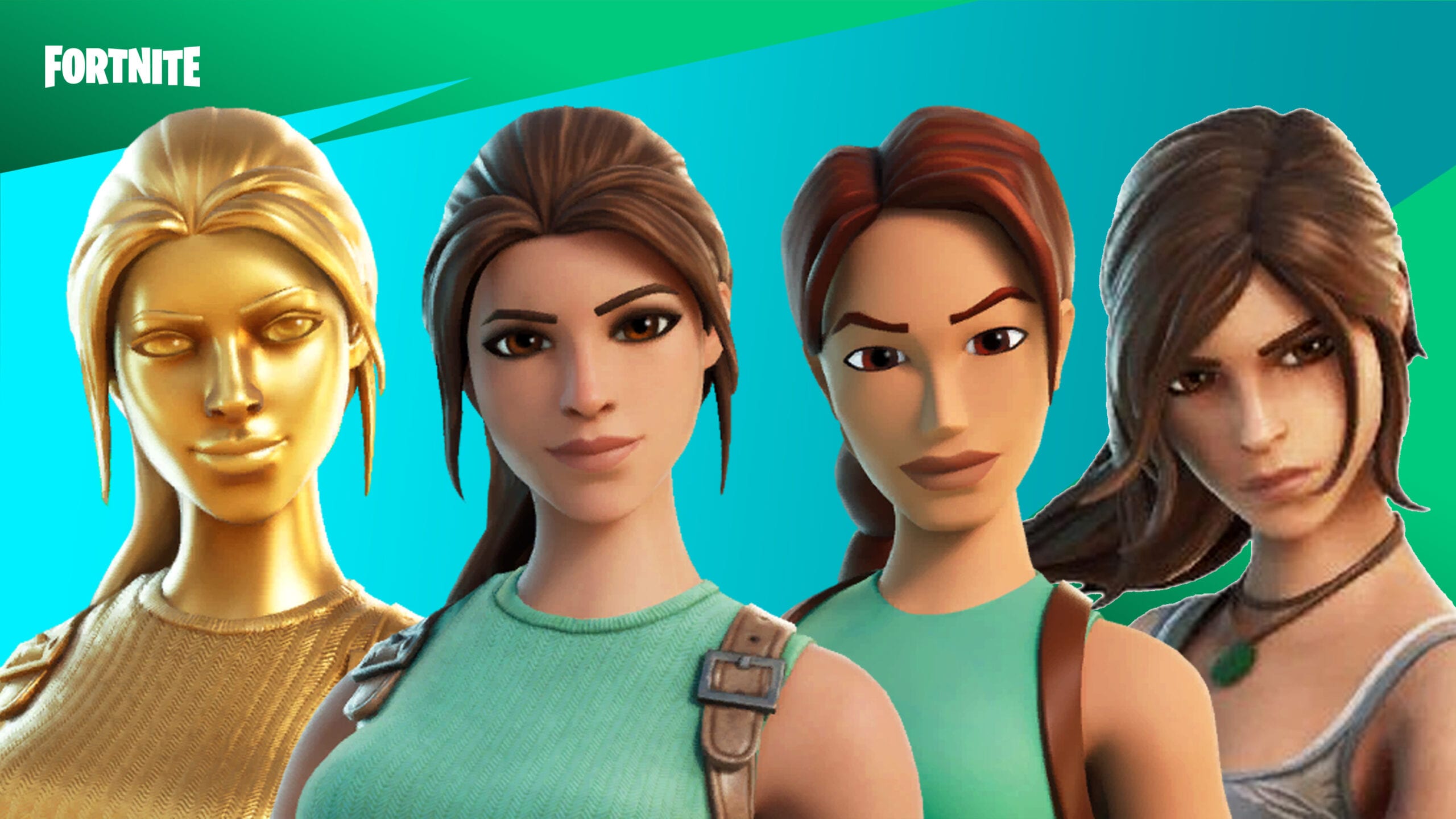 As part of Fortnite‘s Season 6 Primal, Lara Croft, the titular heroine from the popular Tomb Raider franchise, is taking her shot in the Battle Pass!

As you may guess with the name Primal, there is a very animalistic and explorational vibe to this season, and who better to introduce that than the Tomb Raider herself? Lara features outfits from all across the franchise, including her signature classic tank top and shorts to her modern day prequel look. The classic look can be obtained by completing Weekly Challenges and a bonus look can be unlocked by levelling up the Battle Pass.

The Season 6 Battle Pass Trailer also revealed the introduction of Raven from Teen Titans, who is joining Lara.

Primal also introduces wildlife around the island such as chickens which can be hunted, or you may find that you are the one being hunted by predators such as wolves. However, it appears the new season is allowing players to tame the animals too.

During the Zero Crisis Finale, Agent Jones and the Foundation sealed the Zero Point but during its containment, it sent a strange shock wave through the island. This erased all sorts of advanced technology and altered the land in a bizarre reality-bending storyline.

There will be strange new wilderness-saturated areas such as the new Colossal Crops and Boney Burbs. If you venture to the edges of the Primal biome, you’ll find the new Spire, which is protected by guardians who will turn hostile to intruders!

You can make tools using loot from the wilderness and technology which evaded the effects of the pulse. You can craft new high damage weapons such as the Primal Rifle, the Revolver, and the Flame and Metal Bow. There will also be rare and legendary weapons found in the bunker chests, with more to come as the season progresses.