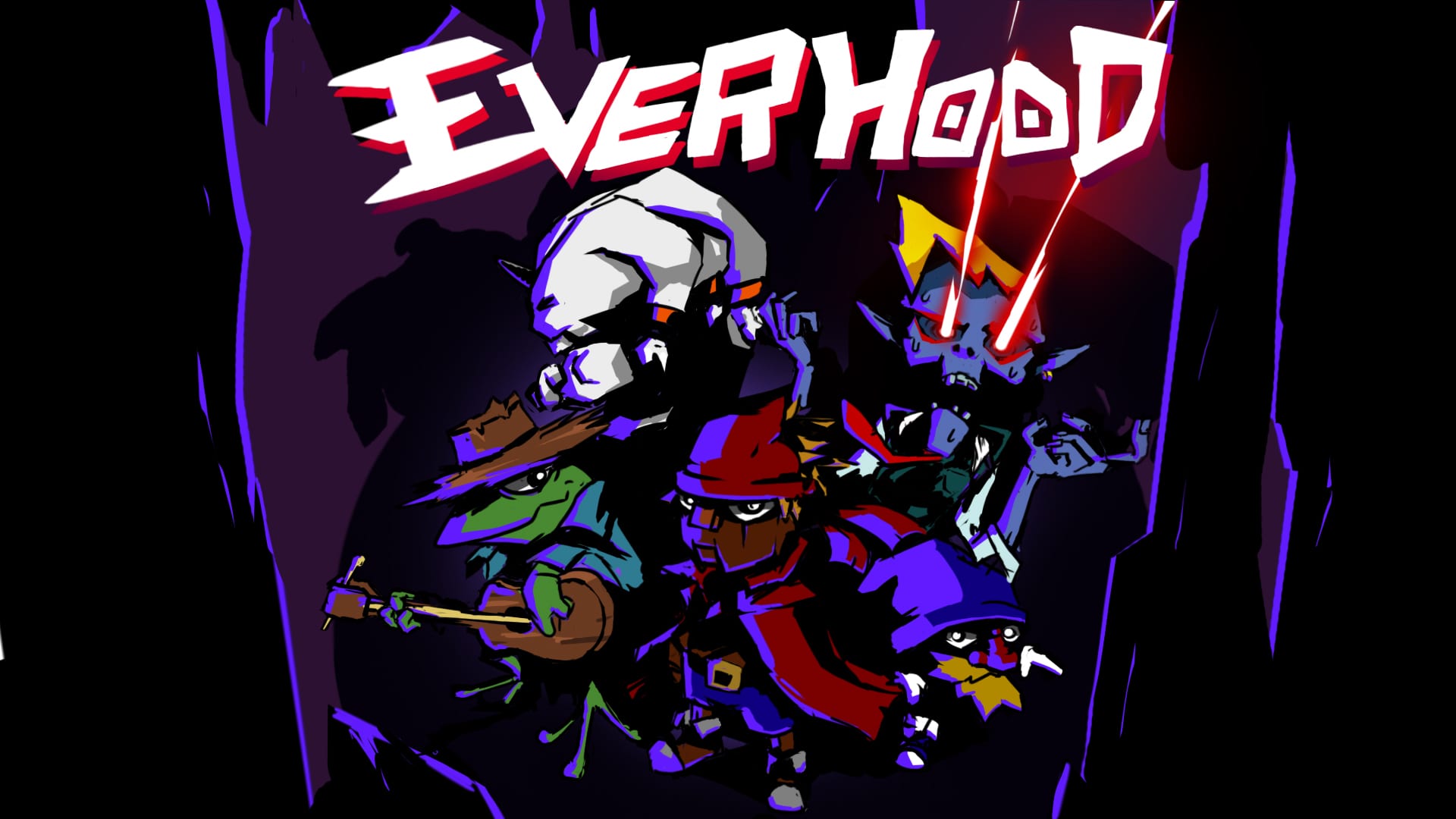 There’s plenty of games out there that inevitably slip under the radar. For Friday Freebies, we suggest a game every Friday that’s free of charge!

Rhythm games are arguably one of the most frustrating and addictive types of video games. I remember laughing hysterically watching YouTuber Pewdiepie struggle through the original PaRappa the Rapper, and hurting my wrists and fingers while shredding it up on Guitar Hero.  While these games historically focused on music, the upcoming Everhood seeks to combine elements of rhythm games with fantasy and RPG elements, and it works surprisingly well.

In the demo of Everhood, you play as a wooden doll who is trying to recover his stolen arm from a thieving gnome. You chase him down and make your way through a psychedelic woodland forest filled with fantasy creatures such as vampires, knights and guitar-playing frogs.

Along the way, you’ll encounter various foes whom you must battle with an interesting musical combat system. Your opponent will play a song and will attack you with “waves.” Each physical wave represents a musical note. The longer the note, the bigger the wave. The more notes played in a song, the more waves are sent at you. The player must jump or dodge to avoid the waves. If you can make it to the end of the song, you win the battle, but if you’re hit by a wave three times, you lose.

Battles are unpredictable and wildly fun. Each second of every battle had me on the edge of my seat, my fingers anxiously twitching and ready to jab the correct button to dodge the waves. I’d hold my breath each time I performed a jump – and you have to jump often in this game, so I’m honestly surprised I didn’t pass out.

Each villain has their own “combat style,” or soundtrack. For example, a thug that you meet in the dance club has an extremely angry, aggressive form of dubstep. The ATM machine – yes, you fight an ATM machine – has a more upbeat, fast-paced electronic vibe. The music largely consists of electronic and dubstep elements, which is an interesting contrast to the whimsical wonderland environment.

Although challenging, Everhood isn’t unforgiving. Even if you get hit, the longer you stay alive, the more health you can recover over time. While I did find myself dying multiple times (not a surprise as I don’t have a strong sense of rhythm) a lot of battles will have helpful checkpoints, so if you die, you can restart midway through. This is a feature that made my experience more enjoyable. I didn’t have to slog through replaying the same beginning; I could just pick up from a later point and continue playing the story.

During my playthrough, I couldn’t help but notice that Everhood borrows significant inspiration from Undertale and Deltarune in terms of its design and narrative experience. You’ll notice in the demo that Flowey and W.D. Gaster make cameos. Gaster is referred to as the “White Mask Man,” and Flowey’s facial expressions are used for the ATM machine villain. Also, the font is extremely similar (if not identical) to Undertale‘s.

Fans of the hit RPG-rhythm game The Metronomicon will enjoy Everhood, as well as fans of Toby Fox’s games. However, it should be noted that this game is not epileptic friendly, as it contains swirling colors and flashing lights. For those of you who can play it, I highly suggest that you check it out. It contains about an hour’s worth of content. And as for the final game, I’m excited to see where the story goes, and what sorts of wacky adventures the little wooden doll gets into.

Everhood is still in development. You can grab the demo of the game for free on itch.io.