After many new inclusions to the Dragon Ball Fighter Z roster,  Arc Systems Works released what is probably going to be the last DLC character of Season 2, Broly from the movie Dragon Ball Super: Broly. I'm happy to say that the developers put a lot of work into Broly, and he's a lot more fun to play than his non-canon counterpart. Like all the characters, Arc System Works put a lot of effort into making the character accurate to the show (or movie in this case) with him having attacks from the film itself.

Broly's look is movie-accurate,and his animations are sleek while looking and feeling very powerful. He has a small amount of color variation, but it's Dragon Ball FighterZ, so that's no surprise. Broly also has the unique mechanic where, after landing his ultimate, Broly's armor will break off and he will show off his shirtless, sexy body for the rest of the match.

Dragon Ball FighterZ has always had great intros and outros, and not just the dialogues, but the animations as well. It's very obvious from when you first play Broly that there was a ton of effort put into him because his intros and outros are probably the longest and best animated in the game, all of which are homages to the Broly movie. Where his intros and outros lack, however, is in Broly himself. Broly doesn't talk, mainly because he is in his Wrath State, so all of his dialogue is just him screaming, leading to less of him interacting with other characters, and more of characters interacting with him instead.


There are still some decent interactions with him, but only from the characters you'd expect like Goku, Vegeta and Gogeta. Broly also gets a dramatic finish with Gogeta, and it's hands down the best in the game. This finish is about a minute and a half long, but it's animated perfectly and is another great homage to the movie.

Broly can't avoid the comparisons to his non-canon counterpart. Like I said before, this Broly is a lot more fun to play than the older one, relying less on armor frames, which I'm pretty sure he only has one or two moves that have them. This Broly is a little bit less of a heavy hitter and instead relies on pressure and his six command grabs. Broly's light auto combo has a bit of a slow start, with 10 frames on his jab, but it has a big hitbox, and the auto combo can lead into bigger combos or supers. His light combo also has its short cutscene mid-string, which is a nice touch.  Broly's heavy auto combo is his bread and butter from what I've seen online, with it being a really useful tool for starting up longer combo strings and setting up his supers.

Broly's supers are also pretty powerful with large hitboxes, my favorite of his being Meteor Shower, a move that combines Kid Buu and Cell's supers. While not doing too much damage, it's a good setup and combo finisher. His ultimate, Gigantic Roar, probably has the most amount of animation work put into it, as you get frames where you can only see Broly's shadow and glowing red eyes behind it. Like I mentioned previously, this move also causes a costume change to Broly, who will fight without his shirt for the rest of the match, but it will magically reappear on his body for his outro and dramatic finish, and during both he just explodes the shirt off again.

Overall, Broly is a great addition to the roster of characters in DragonBall FighterZ, and I wouldn't have a problem if he was the last character added to the game. Powerful and heavy-hitting while not feeling too slow or sluggish, Broly has great animations and easy-to pickup combos. He even has some fun fan service to boot. Overall, I love him, and he's definitely a must get and 100 percent better than that other Broly. 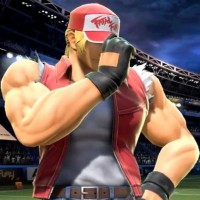 PUBG Mobile: Family Fun for Everyone

Impressions: Not Tonight - A Prettier Yet Clunkier Papers, Please