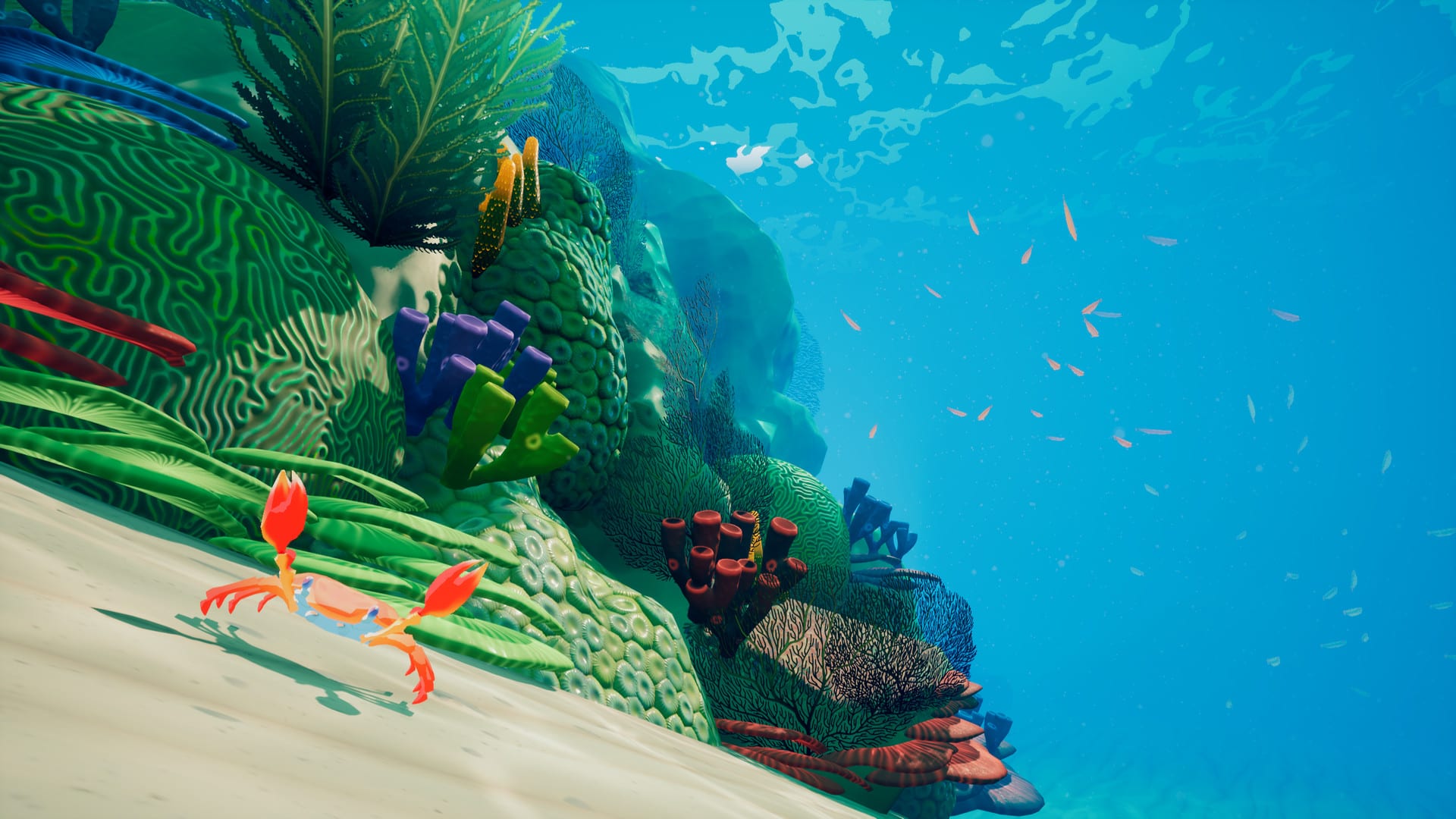 Some scientists say that the deep ocean is the final frontier. After all, we don’t entirely understand what fascinating secrets or creatures exist within its depths. The ocean’s mysterious aura is what makes it so interesting to us and it’s why it makes such an excellent setting for many games, such as Subnautica, ABZÛ, and my childhood favorite, the infuriatingly difficult Sega classic Ecco the Dolphin.

The world of the upcoming indie adventure game, Mythic Ocean, is just as fascinating and beautifully designed as those of these other games. But it has an interesting premise: you aren’t there to explore that world, but rather to determine the fate of the next world. You play as a nondescript aquatic creature that awakens in a chamber with no memory of who you are or what you are. In order to determine the fate of the next world, you must meet with the various gods who reside there, give them advice, and direct them on how to harness their power. You’ll also need to encourage them to forge relationships between each other.

Everyone is Adorable – We all know from the infamous, disturbing picture of the blob fish that there are some ugly things lurking in the depths of the ocean. But even the ugliest creatures here, such as those that lurk in the coves, are pinch-their-cheeks cute. One of the biggest draws of Mythic Ocean is its colorful aquatic residents, and their funny conversations. It sounds odd to say, but you gain a real sense of community when you’re exploring the realm, which makes the game all the more endearing.

Smooth, Simple Controls – I remember how jittery and awful the controls were for Ecco. Rather than gliding gracefully through the sea like a dolphin should, my awkward movements made me feel like a one-legged penguin skittering across the ice. In Mythic Ocean, you don’t encounter those problems. When you move forward, you do so cleanly, even if you’re going at maximum speed. The easy controls give you the opportunity to explore the land at your own pace.

Variety of Environments to Explore – When someone says the word “ocean,” what do you visualize? I bet most people would say either the Great Barrier Reef or Hawaii’s deep blue oceans. Don’t get me wrong, these places are beautiful, but they are not the only representations of the diversity of the ocean. The developers of Mythic Ocean understand that. In the demo, there are kelp forests, underground caverns and coral reefs. Each environment has its own unique aquatic residents. The moss cavern is full of bioluminescent creatures, and the coral reef is home to turtles, crabs and seahorses. So not only do the individual creatures have their own personalities, each environment arguably does as well.

Relaxing Gameplay – With more challenging games, I sometimes enjoy button mashing and screaming at the screen. Releasing pent-up rage can be fun! But Mythic Ocean is tranquil, and this is enjoyable in its own way. With the accompanying whimsical, gentle score, I felt so at peace as I glided through the ocean waters. On the game’s Steam page, it encourages players to “play at your own pace. No combat, death, or failure.” When playing Mythic Ocean, I can just sit back and enjoy the story.

Following Projected “Fate” of New World – So, I understand that your actions with the gods has an impact on the fate of the new world, and that your dialogue choices influence the outcome of the new world. However, I’m not quite sure how it all ties together. If I encourage the gods to be friends, does that mean the new world will be peaceful? Or if I create divisions between them, does that make the new world divisive and violent? It’s pretty vague, and maybe that’s the point, but I think a little more direction or guidance would be helpful. Perhaps a tool to measure what sort of characteristics the new world is developing would be a handy inclusion.

Origin Story Recorded On Paper? – One of the other tasks you have in Mythic Ocean is collecting various pages scattered throughout what I can only describe as a “library realm.” It’s this big room with full bookcases that stretch all the way up to the ceiling. You need to collect pages for your Table of Contents. These pages provide more context for the gods, the death of the old world, and the creation of the new one. That’s right – somehow this paper is impervious to water, and whoever wrote the Table of Contents used the world’s strongest waterproof ink.

This has to be the pickiest thing I’ve ever pointed out when writing about a game, but I think that the books could be substituted for stone tablets. Then again, that might be more ridiculous, because that means that the fish have the dexterity and skills to carve stone. It’s just kind of a weird way to explore the origins of the world in general. I thought that there would be some ancient mythical creature, like a shaman or a priest, that could communicate the origin story of this universe.

To be honest, I had to dig deep to really find problems with Mythic Ocean. Even for a demo, this is surprisingly well put together and there are a massive number of places to explore and things to do. I enjoyed every minute.

Developers Paralune Games plan to release Mythic Ocean sometime in 2019. While the demo I played isn’t publicly available, if you’re interested in checking the full game out, I’d recommend wish-listing the game on Steam and following the development on Twitter.

Chloe played this game with a limited access demo provided by the developer.