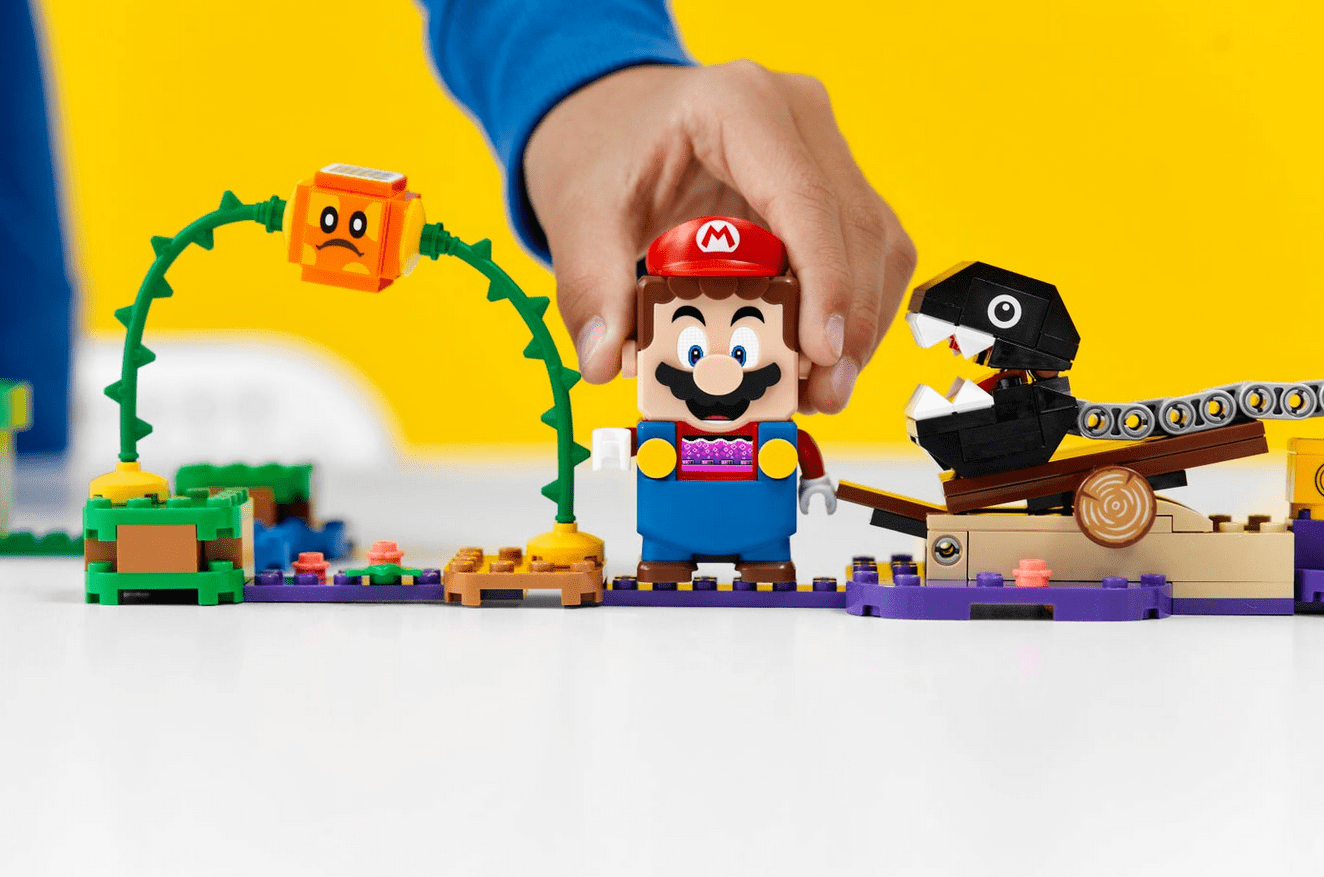 The LEGO and Super Mario collaboration, announced in 2020 as part of Mario’s 35th birthday celebration, is getting several brand new expansions next year. LEGO announced the new expansion packs via a trailer video, indicating that they are currently planned to release sometime in January 2021.

First up is the “Master Your Adventure Maker Set,” which contains 366 pieces and is designed to allow customers to further customize their base Mario set. It features several new types of bricks, including blue question blocks, as well as a brand new starting pipe which allows for the creation of timed levels. Characters included with this set include a Goomba, a Bob-omb, and Larry of the Koopalings.

Next comes three expansion packs each introducing a classic Mario enemy or ally to the LEGO version of the franchise: Chain Chomp Jungle Encounter, Piranha Plant Puzzling Challenge, and Wiggler’s Poison Swamp. These sets provide a number of new challenges for Mario to complete – he’ll have to climb a tree to escape a vicious Chain Chomp, use a see-saw to defeat Piranha Plants, and cross a deadly swamp with some assistance from Wiggler.

Mario himself is also getting some new upgrades in the form of two new power-up packs: Penguin Mario and Tanooki Mario. The adorable penguin allows Mario to survive cold climates and slide on his belly just like a real penguin, while the classic tanooki gives Mario the ability to perform an air spin, just like in the actual Super Mario games.

Which of these sets will you be adding to your LEGO Super Mario collection? Let us know!