There have been times throughout my gaming years where I’ve asked myself “why?” The answer to that question may always seem simple (“because the developers wanted so,” for instance) regardless of what triggers it, but when we look deeper into its meaning, it’s never that simple. “Why?” is a question I kept asking myself as I played through Lucah: Born of a Dream. Once again, the answer to all these whys seem simple enough on the surface, but the game’s very existence further complicates the matter.

Developed by melessthanthree, Lucah: Born of a Dream is very clearly a passion project. Everything from the striking art style to the game’s themes scream “this came from the bottom of our hearts,” which in business is always dangerous. As consumers we all love to encourage artists to be as free as they can creatively, often scrutinizing publishers in the process. Yet, games such as this one would really benefit from a steady hand, one that makes sure the product is marketable. As charming as Lucah is, it is not only difficult to sell due to its unabashed uniqueness but it’s also difficult to get through for a lack of consistency found in almost every facet of its endearing chalkboard aesthetic.

Lucah: Born of a Dream is an action RPG that, as our editor Austin pointed out in his first impressions, borrows elements from Dark Souls and Hyper Light Drifter. I’d go as far as to say that it also takes notes from fellow indie darling OneShot. The core mechanics revolve around the resource management that makes Dark Souls challenging, while its exploration and presentation are reminiscent of both Hyper Light Drifter and OneShot. Unlike those references, however, Lucah struggles to be challenging enough (and it didn’t even have to be “git gud” levels of challenging, but rather “one tough enemy instead of hordes or annoying fiends”) and deliver a compelling world and story to boot.

You play as a nameless hero (one you can name yourself) which later is revealed had a name all along. And another one after that. And maybe more. You find yourself waking up on a beach, greeted by a mysterious figure which the chalkboard aesthetic makes it hard to distinguish. From there, you instinctively start exploring the level despite a complete lack of direction, which is quickly averted by the fact that you cannot backtrack without fast traveling. Apparently, you’re supposed to find someone along this first level but as you go along, exploring corridor-like layout and slashing through enemies, you’ll likely ask yourself “wait, what’s going on again?”

The most prominent issue plaguing Lucah is its scarce story, which relies on themes to convey empathy as opposed to world building and character development. Yes, there are characters and they inhabit a world that may have its own culture, but so much of it is left to the imagination that it’s difficult to get attached to anything. Throughout the five hours that took me to finish my first playthrough, every time I thought I was starting to understand the world and the characters the game pulled back on everything to remind me of its intentions—to comment on loss, acceptance, and the journey we all go through to find our purpose in life. Conversing with NPCs offered no insight into the world and what they were going through even though there is a secret plot with a crazy cult, an orphan kid and maybe even gladiators? Everything was so confusing and the further the story moved, the less sense it made as new characters were introduced in the form of plot devices instead of entities that exist within the world.

There’s nothing wrong with a story conveying a message rather than being immersive. Problem is, that doesn’t quite work in an interactive form of entertainment as fundamentally immersive as video games. And we could argue that many games don’t bother telling a story, or they have an approach to storytelling that makes it difficult to understand anything. Dark Souls itself is guilty of the latter, where I personally know people who never quite got into the franchise thanks to its focus on environmental storytelling rather than a traditional structure.

The easiest way to explain how Lucah: Born of a Dream fails at narrating its plot is comparing it to a news report. You open the newspaper and the first thing you see is a featured piece about a mother who lost her son due to violence. He was a drug addict and heavily involved with gangs but you still feel sorry for the mother (and even the deceased if you’re that compassionate) because, in the end, she’s a victim of drug trafficking and violence. It’s a tragic, moving story even though it’s as common as having hair on your back. Lucah is just like reading one of those tragic news reports: a loose narrative that doesn’t belong in your own life and a sequence of events meant to convey a message that ties everything together. Yet, you can’t fully connect to anything because much like the news report, there’s no world building or character development. You don’t know the people in the story, nor will you get to know them, so how could you feel anything that’s not superficial?

That’s not to say the plot is universally bad. If you’re someone who finds the game’s themes of loss, acceptance, and self-discovery interesting, then exploring them through a fitting art style and tight combat mechanics might be a blast. However, if you rely on a strong narrative in order to feel any attachment to the characters and what they go through, nothing but confusion awaits.

Speaking of combat mechanics, Lucah can at times be enjoyable if you forget about the game’s intentions and instead focus on putting the abstract, monstrous enemies down. Gameplay revolves around exploring each level, customizing the player character through mantras (akin to combat styles), familiars (pet-like beings possessing a variety of long-range attacks), and virtues (passive and active skills). As an added bonus, the “techs” menu allows players to configure the UI, specific mechanics such as parrying, and even apply modifications which make the game easier, such as bestowing the character with extra health or infinite stamina.

Exploring the world of Lucah should feel familiar to anyone who’s played an action adventure game before. Maps usually branch into multiple paths which lead to additions to the player’s arsenal, often guarded by one or more foes. Although the maps can be difficult to read due to how they’re depicted in the menu, they’re easy enough to navigate, especially with the ability to dash and how quickly stamina regenerates from that action. Exploration may feel lackluster through the first few levels as they present little to no variety, further expanding on the confusion the story and a lack of world-building bring. However, the satisfaction of encountering a challenging enemy or a new mantra compensates for the flawed design.

As mentioned earlier, Lucah: Born of a Dream isn’t challenging enough. It may seem unforgiving as you face the first two to three bosses—especially the very first and another one shortly after you arrive at a rest point beyond the first area—but in reality, taking on enemies and bosses one-on-one is a breeze. Even at the default difficulty enemies are slow and predictable, offering plenty of opportunities to deal damage. Despite how easy it is to deal with the AI, the game has a tendency to throw up to four monsters towards the player at once, often mixing varying attack patterns that make fighting annoying more than anything else. For instance, there’s one creature in particular whose pattern involves performing a melee attack, rolling around whilst it conjures projectiles targeting the player, and as a finisher, it uses a charged attack if the player is close enough. This creature is tireless, firing one combo after another, making it difficult to hit it properly. It’s manageable on its own, but when you have to face two of it at once things start to get a little complicated as they perform their attacks and restart the cycle in a way that there’s never a window to attack one or another without getting hit by the rampaging one.

On the bright side, the action-oriented combat offers an array of customization options which in turn allow for a variety of different playstyle combinations. Players can swap between two paradigms (two mantras and one familiar per paradigm) at will, which gives space to adaptability while forcing players to experiment until they find a combat style that suits them. The customization is perhaps Lucah‘s greatest aspect, as delivering blows and defeating enemies with style and finesse feels rewarding. Unfortunately, battles can get frustrating due to the controls being so tight that pressing a button a split second too late means a combo breaks. I understand that hitting buttons at the perfect time is a staple of the action genre, but I don’t see how that’s a good feature when it only rewards extremely hardcore players. Having my attacks not register at all reminded me how frustrating it was to hit the dodge button a millisecond too late in Hyper Light Drifter, or how Final Fantasy XV has such a ridiculously short window for some of its timed abilities to trigger (or even for the Armiger combos).

While some might appreciate the additional challenge of timing every button press perfectly, I don’t see how offering such a short window to keep a combo going can benefit the average player. I understand that I went on and on about what I don’t like in Lucah: Born of a Dream. And I also understand that readers often expect reviews to be 100 percent objective. Problem is, this game isn’t bad or good, objectively speaking. Subjectively, however, it can be a pointless waste of time or a unique gem that deeply resonates with the player.

If, like myself, you prefer story-driven titles to present the game world and characters in a way that’s possible to connect with them, then Lucah: Born of a Dream is nothing short of disappointing (unless you’re only interested in the combat). But if you can relate to the proposed themes and the way they’re presented, then this can be a special experience which warrants multiple playthroughs, especially as NG+ offers additional content.

Gabe reviewed Lucah: Born of a Dream on Steam with a code provided by the developer. 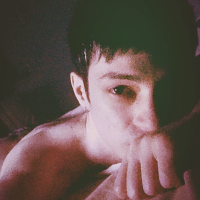