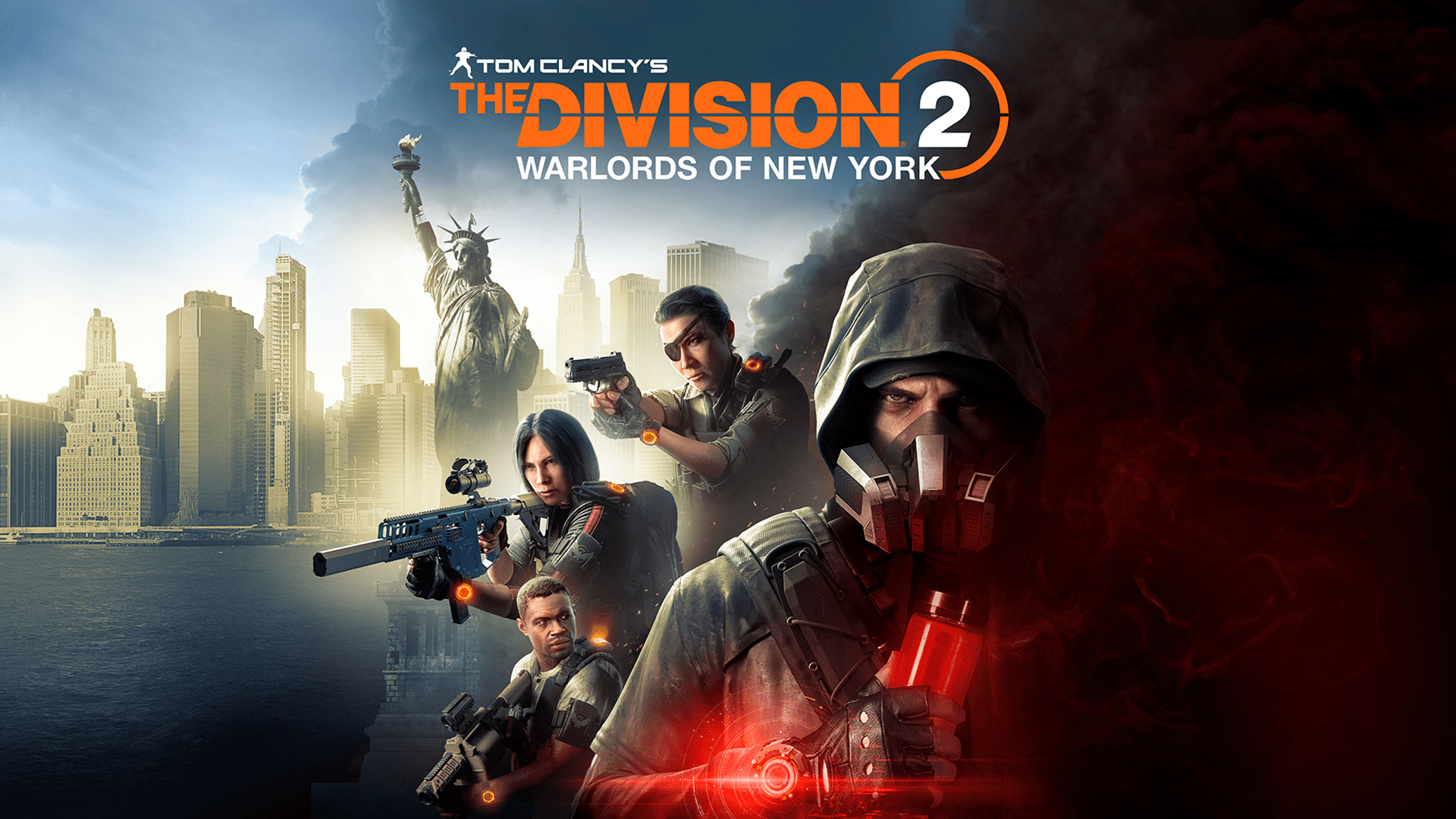 As Massive’s The Division 2 enters its second year, the agents of the Strategic Homeland Division have not had an easy time. Between securing Washington D.C., the ongoing fight with Black Tusk mercenaries, the elimination of Emeline Shaw and the unexpected rescue of kidnapped scientist Vitaly Tchernenko, it’s been a cruel summer for the guys with the orange watches. And it’s about to escalate from “cruel” to “vicious” as Division Commander Faye Lau sends word to agents in D.C. that the original rogue agent, Aaron Keener, has re-surfaced in New York with a new coterie of renegades and a horrific new bioweapon. Once again, players must sally forth to save New York and stop Keener, hopefully for good this time.

To say there’s been some controversy over The Divison 2 in its first year would be an understatement. Balancing issues, technical problems and endgame engagement have hung over the community like thunderclouds. The release of Warlords of New York was ostensibly going to fix a number of these issues. Unfortunately, it seems those hopes were rather harshly dashed. Serious bugs involving mission checkpoints, damage calculation and progression records have been reported on top of prior connectivity issues which have experienced a resurgence. And while some of those bugs seem to have been squashed, others remain. Worse, the community is feeling once more unsettled. Enemies at launch again felt more like bullet sponges and weapons felt like BB guns.

Adding insult to injury,The Divison 2‘s highly prized Exotic weapons and gear are being hit with a double whammy under the highly touted “Gear 2.0” system. First, where Exotics had fixed (and usually ridiculously high) stats, they are now subject to the vagaries of RNG just like all the other gear. So, it’s now possible to get an Exotic which is demonstrably worse than regular pieces of gear. Compounding this problem is the delay in upgrade blueprints for Exotics. During the first year, endgame gear operated on a “gear score” scheme, capping out at 500. It was possible for players to get an Exotic item below the gear score cap, then upgrade it to maximum with a blueprint and some in-game materials.

But, with Gear 2.0, that is no longer a viable option. Essentially, if you have Warlords of New York, you are not going to bring your Exotics up to snuff with gear you earn at maximum level. For some items, this isn’t necessarily terrible. But for others which involve a large amount of questing behind them, it’s an aggravation which shouldn’t be necessary. Compound this with the still highly restricted “Recalibration” used to try and improve items, and it’s a bad time to have a low roll on a piece of gear, especially an Exotic.

There are some genuine improvements in the Gear 2.0 system.  A high degree of streamlining gives players a much clearer understanding of when they have a “god roll” on a piece of gear. The Recalibration bench now has a library system behind it, so you can (ultimately) ensure you can apply the highest possible values for various properties on a gear piece when it comes time to tweak it. The library is built up by deconstructing a piece of gear at the bench and extracting a specific property to add to the library.

But, as mentioned before, the system is deeply restrictive, allowing only a single change on a piece of gear. Once it’s changed, you cannot change it further, even if you later add a better value to the library and wish to upgrade the property you’ve changed. It makes Recalibration effectively useless for any item which isn’t almost a god roll, a waste of in-game resources for gear which might be desired due to variation but not helpful in making a player more effective.

Shifting away from gear and getting into gameplay, the changes have been more modest, almost slight in some instances. With the appearance of the four new zones in Lower Manhattan, and the short campaign arcs for each zone’s respective boss, there are four new skills for players to obtain and deploy against the roaming gangs of New York and the District. While a couple of them seem like they could have been added as modified versions of The Divison 2′s existing Chem Launcher skill, the other two are different enough to warrant their own skill slots.

The course of the campaign involves running two main missions per boss and unlocking a safe house in each sector. It’s a fairly fast paced setup which gives players the opportunity to chart their own course, and to take different paths with alternate characters. Because the gear drops for the bosses are based off your character level at the time of the encounter, savvy players will map out what items they want off what bosses and which they can feel OK about letting go at a lower level.

Between the main missions, the zone liberation projects and the side missions, a player can hit the new level cap of 40 in about six to eight hours of play. Once you finish the expansion’s campaign, players are given a new SHD Level mechanic to help further refine their characters. Each SHD Level allows you to allocate points to improve elements like your accuracy, headshot damage and skill duration outside of what your gear may dictate. Even better, if you’ve got alts, the SHD Level you establish on your main will carry over but can have completely separate point allocations, so you’re not having to grind out levels for every alt and can customize them even further.

However, there are problems even with the new campaign, and problems which never got fixed from the first year. The utility of grenades against bosses continues to be a sore spot. Unless you find a piece of gear with a talent that increases the blast radius of a grenade, they will always roll out of the area of effect. For a player avoiding grenades, that’s one thing, but unless the boss is a Tank-type unit, you’re wasting a finite munition for very little result, particularly if you’ve cleared all the adds beforehand.

After running through Warlord’s of New York‘s final boss fight on the game’s Story mode with two different characters and different builds, I can honestly say that it is practically impossible to do solo. I spent more time shooting at the boss and getting curbstomped by the endless parade of SHD tech than I did in the fights leading up to it. There seems to be some very serious issues with scaling for solo players, not only in that final boss fight, but also in several other missions from Year 1 as well.

Finally, the endgame content scheme has moved to a season format, not unlike Destiny 2 or other Ubisoft games like Rainbow Six Siege or For Honor. Players who buy a season pass, which everybody who bought the expansion receives for this first twelve week season, get lavishly rewarded with gear and materials in a two track system. The first track throws out gear pretty much every level at first, then slowly peters out, coming to a stop at SHD Level 100 with a final campaign patch. Any SHD Level after that is gravy.

The second track throws out skins, gear dyes, materials bundles, the new Textiles currency and other items far more often. In some respects, it’s a little overwhelming. In other respects, there’s a highly distasteful feel to it, a subtle sense of disdain combined with a thinly disguised avarice. “Pay up, peasants,” it seems to say. “We don’t care that you bought our game or our expansion. We’re not charging you a subscription. You’re going to pay if you want all the shiny stuff.” If it was possible to obtain items from a previous season with the Textiles currency (or even the more loathed Premium Credits), I wouldn’t be quite so irritated. But there’s no word, as of yet, and the comparisons to other Ubisoft games with similar models is potentially ominous.

Because the campaign is so short compared to the main game, I’m not going to be spilling a lot of secrets about the story. I will say that, yes, you do face off against Aaron Keener and (barring a telenovela-type plot twist three or four Seasons down the road) you do in fact defeat him. It’s what happens after that which has me concerned for the direction of the story going forward.

A lot of the storytelling in the series comes about from the collectibles, like the ECHO and voice recordings that litter the various sectors. And frankly, there are just too many holes in the story presented to players to convince me the final twist is actually earned. It feels entirely too lazy, a writer saying, “Welp, we’ve killed off our main villain. Better give them a new one right now, lest they get bored.” If there wasn’t another plot thread left unresolved, it’d be somewhat understandable. But there are definitely some unresolved plot threads which could have ultimately led to the same result if more time had been spent on it. As it is, a lot of narrative and dramatic punch is lost. What was supposed to be a sucker punch ends up as a haymaker that completely fails to connect.

It’s hard to muster a lot of enthusiasm for Warlords of New York. Players who’ve held on through the first game and the first year of the second game will undoubtedly be looking for a lingering storyline to be resolved, new challenges to face and nifty new gear to play around with. But, as Keener himself might caution, be careful what you wish for. The fact you get it doesn’t mean you’ll enjoy it.

The Division 2: Warlords of New York
/
The Long War Continues