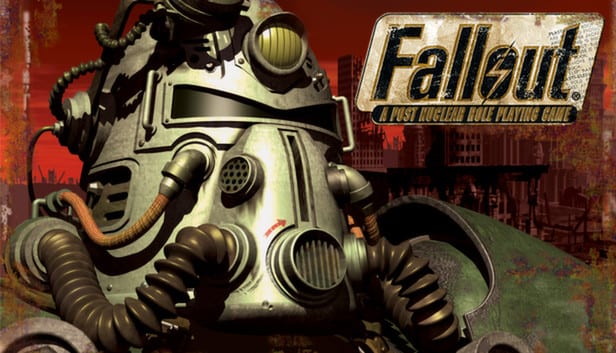 Now I’m not too sure, but I heard a Fallout game came out last year; something about country roads and no NPCs? I didn’t hear much about it, because the original Fallout (1997) was $2.49 on Steam, as it is every summer sale, so I took that for a spin instead. And while classic Fallout won’t speed up your Fallout 76 refund or give you that pre-order canvas bag, it will be some of the best hours you put into the wasteland yet.

For even the most die-hard Fallout fans among you, I understand if these screenshots put you off.  It might look like a confusing, outdated mess, but I can assure you that is far from the truth.

To introduce you to this hidden gem of a game, let me say this is nothing like it’s modern counterparts. The first two entries into this iconic series came out in the 1990s, with the much loved Fallout 3 coming out eleven years after first. It’s this Bethesda revival that is seen as the truest Fallout for fans, but this just isn’t right.

Much like the newer games, you play as someone fresh out the vault. Left with nothing except one map marker on the Pip Boy and the goal to find a water chip, you’re dropped in a map almost impossible to randomly traverse – if you don’t want to find yourself wasting your precious, precious time.

And it is time itself which will be your worst enemy while you find the water chip. That’s what adds to this game being incredibly immersive; your vault is dying, of course you have to pick up the pace. The game’s regular reminders that your fellow vault dwellers are dehydrating just adds to the unforgiving atmosphere of an anarchic, nuked and sun-drenched California.

What also adds to the immersion is the brilliant sense of isolation. You begin your journey in a cave, eventually making your way to a tiny village, and hopefully talk your way into getting directions to the next batch of people. It’s a perilous adventure which makes you savor every interaction with another person. Fallout 76 seemingly tried to go for the same tone by removing NPCs, but falls short due to its reliance on players making their own fun; the perfectly designed Fallout truly pulls this off.

I would touch on the main story, but the less I say about this, the better. All I will say is that the climax is, hands down, the best the series has provided, bar none.

Its story is a throwback to a time when the real pride and accomplishment in a game came from figuring out something for yourself. And honestly? The main issue is that there isn’t enough of it. Outside of the main quest, there isn’t too much to find; every settlement has, at most, a couple of side quests.

On the plus side, the towns are full of characters who ooze with charm and care, all thanks to the effort put into the game’s few “talking heads.” Back then, developers Interplay couldn’t just whip up some NPCs in the character creator for us to speak to. Far from it.

When you speak to a significant character in the game, their face will pop up on your screen and you’ll be treated to some voice acting (giving you a much welcome break from reading loads of small green text). The animated faces are actual masks, made from hand which, unfortunately, proved so troublesome to make, that just a couple dozen are spread throughout the game, so get used to reading.

Having said that, it is impressive to see how much effort was put into these conversations, featuring voice talents such as Clancy Brown (Mr Krabs, Neo Cortex), Jim Cummings (Winnie the Pooh) and Keith David (Mass Effect’s David Anderson). Perhaps Interplay realized early on how vital acting would be to gaming in the future?

As for the gameplay, this is the character building of old. Every stat choice you make is punished, where you can’t wait for the next level up because you’re constantly feeling too weak to hold your gun, too frail to take a punch, or even too stupid to talk.

When I made my Vault Dweller, I went the way I always do in RPGs–a silver-tongued, sneaky rogue who can hardly aim a gun–and this was the first game to really make me feel the consequences. In doing this, the game felt so immersive; when I found my first companion, I let out an audible sigh. Just as I’m sure you would in a post-nuclear California.

On the flip side? If you’re planning to brute force your way through the game, you might fare better. But good luck stringing a sentence together long enough to convince someone to lug your loot around or give you some directions.

That’s not to say this gameplay is without its problems. One aspect that will be hard for you modern Fallout fans to get used to is the use of RNG to calculate damage. Of course, this isn’t unfamiliar in an RPG, but wow, is it inconsistent here. An enemy dealing 20’s will suddenly hit you with 200–well above your max HP, even at a high level. For the most part, a death will be your fault, but a fair few towards the end of the game will be completely out of your hands. Thankfully, I only found this to be a major problem in the final two hours of the game, so I was too far in to be deterred from my journey.

Another problem is the companions, if you can call them that. They’ll hold your loot and shoot an enemy now and then, but there’s nothing in terms of conversation or quests to be found in them.

What also puts many players off is the lack of quest markers, but what you must remember is that the game is built around that. Of course, if you took the markers out of Fallout 3, you’d struggle, since that game holds your hand from the very beginning. This game, however, gently nudges you in the right direction.

All things considered, for a game to come out so long ago and—for the most part—perfectly stand up today, is a true testament to Interplay’s talents.The crew behind this gem aren’t likely to have another go at the franchise, given Bethesda’s recent outings, but this is a game that can be played again and again, experimenting with different builds, so there’s always something worth coming back for.

So if you couldn’t bring yourselves to pick up Fallout 76, or have found yourself bored of nuking your friends, go and do yourself a favor: Treat yourself to your own solo apocalyptic adventure. It may be a while before we get anything quite like it.