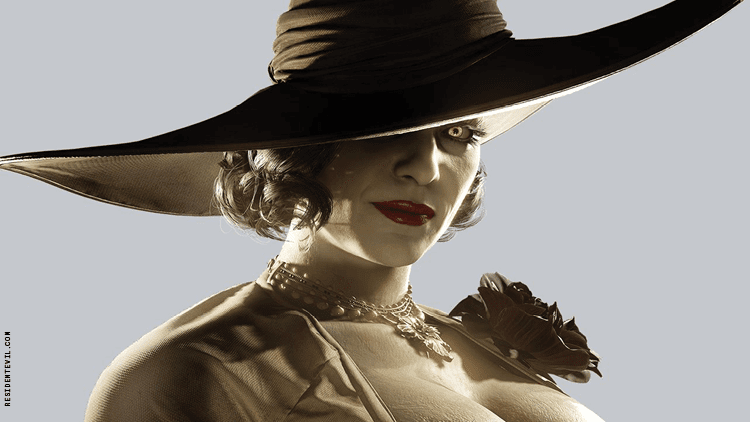 The Internet is all abuzz over Lady Dimitrescu, the tall and gorgeous vampire lady who was recently revealed as a major antagonist in upcoming survival horror title Resident Evil: Village. To celebrate her reveal and popularity, here’s a list of ten vampires from throughout video game history who we wouldn’t mind….well, y’know, “donating some blood” to.

Without further ado, here is Lady Dimitrescu and nine other video game vampires who exude that “step-on-me” energy we love so much. However, since we love both the ladies and the gentlemen here at GameLuster, this is not going to be a standard Top 10. Instead, we’ve included five men and five women on this list, ranked separately (although if we’re being honest, we find all of them pretty darn sexy.)

Liam, one of the six primary romance options in competitive dating sim Monster Prom, is a bit shyer and more well-put together than others on this list. He’s committed to the hipster lifestyle, with hobbies including listening to music nobody’s ever heard of and taking pictures of food that he isn’t going to eat. However, Liam also possesses a hidden soft side, and is absolutely adorable should he wind up crowned Prom King.

Would He Step On You: If you could successfully convince him that it was an appropriately non-mainstream thing to do

Classy, fashionable and deadly, Betty “the Lifeforcer” is a German vampire who can typically be found hanging out in bars. Unfortunately, she’s a DLC character only available in the Smooth Operator pack or the Nightmare Edition of the base game. However, she is a romance option, who can be successfully wooed with alcohol, gold jewelry, and other expensive gifts. Just be careful, as she’s more than willing to take out her enemies for the slightest of slights.

Would She Step On You: If you paid her or bribed her with gifts to do so. She might even let you step on her in return.

The Blood and Wine expansion of Witcher 3 is absolutely filled with pretty people, and brooding antagonistic vampire Dettlaff is no exception. If you’re looking for a dark, tragic figure constantly haunted by the ghosts of his past, then Dettlaff is absolutely the guy for you. He’s a dedicated lover, willing to literally kill for his partner of choice. While his true “vampire form” is a little less unconventionally attractive, his “human” face more than makes up for it.

Would He Step On You: If you were standing in the way of a goal he needed to accomplish.

Serana, vampire of Dawnguard and potential follower of the Dragonborn, is an ancient pure-blood who is one of the “Daughters of Coldharbour,” meaning that she received her vampirism from the deity Molag Bal himself. She was locked away for centuries due to a conflict between her powerful parents, and desperately seeks her own freedom and wishes to follow her own path for the first time in her long life. As talented as she is beautiful, she can even make the Dragonborn a vampire if a bond of trust is cultivated between them.

Would She Step On You: She would be more reluctant to do so than others on this list. You would have to ask her very nicely.

Jonathan Reid is a deeply conflicted man who attempts to balance his role as a doctor with his new (un)life as a vampire. Dealing death with one hand and life with the other, getting involved with Jonathan is a dangerous but potentially extremely rewarding choice. He’s the perfect blend of the classic refined English gentleman and the dangerous beast of the night. Those who like their men classy should definitely spend some time with Dr. Reid.

Would He Step On You: Probably not, as he is dedicated to being a gentleman. Maybe if you caught him in the heat of battle?

TWO gorgeous vampires for the price of one! The Voerman… sisters? (it’s complicated) are Malkavian vampires who run a nightclub known as “The Asylum” located in Santa Monica. Jeannette is open, flirty and friendly, although she hides a past filled with secrets, while Therese is more stern and businesslike. They don’t always get along, and attempting to spend time with either one could wind up with you in the middle of a destructive conflict. It’s worth it for the Voerman ladies!

Would They Step On You: Yes, they both would. Jeannette would be more enthusiastic, but Therese would have the better technique.

This list needs more big muscular guys on it, and Demitri fits the bill pretty much perfectly. A Makai vampire from Romania, Demitri is frequently forced to challenge the powerful Aensland family, including its equally gorgeous scion Morrigan, for control of the region. He loathes humanity and sees them as inferior, meaning he’s definitely the sexy vampire of choice for the more submissive types who are looking for someone both dismissive and dominant.

Would He Step On You: Absolutely. Then, immediately after he did, he would insult you for daring to dirty his boot.

Rayne is technically a dhampir – the daughter of a vampire and a human woman – but there’s absolutely no way that she wasn’t making this list. A protector of humanity, slayer of her own kind, and frequent wearer of dominatrix-inspired gear, there’s so much to love about Rayne. She can be cold, cruel and borderline heartless, taking down her enemies without mercy, but there is a good heart hidden deep inside that vicious facade. If you had to choose one of these vampires on this list to actually kill you, definitely pick Rayne.

Would She Step On You: Without question. You probably wouldn’t even have to ask. She’d do it for fun.

Who else could claim the number one slot on the male list than arguably the most iconic video game vampire of all time, Dracula himself? In his various appearances throughout the Castlevania series, Dracula has changed around his appearance so that pretty much every vamp fan can find a look they like. Young and powerful? Shadowy and mysterious? Dignified DILF older gentleman? Long hair? Short hair? Dark color palette? Light? Dracula’s quite literally got it all.

Would He Step On You: If provoked. You’d have to get him angry and draw out the beast in him before he’d deign to do something so un-cultured.

Striding confidently into the number one spot on this list is the Internet’s newest crush, the classy, vicious and above all stunningly tall Lady Dimitrescu. We barely know anything about her, but really – she’s tall, she’s fashionable, she’s villainous, and she lives in a really cool castle. What more do we NEED to know? Video game fans around the world are eagerly awaiting her arrival when Resident Evil: Village launches on May 7, 2021 – and not-so-secretly hoping for a bad ending in which she absolutely destroys protagonist Ethan.

Would She Step On You: Do you even have to ask? Of course she would – and she’d manage to do it WITHOUT wrecking her designer heels in the process.

Who’s your favorite video game vamp? Do you agree with this list, or do you feel there were some members of the beautiful undead who should have made an appearance? How would you like Lady Dimitrescu to utterly destroy you in Resident Evil Village? Let us know!