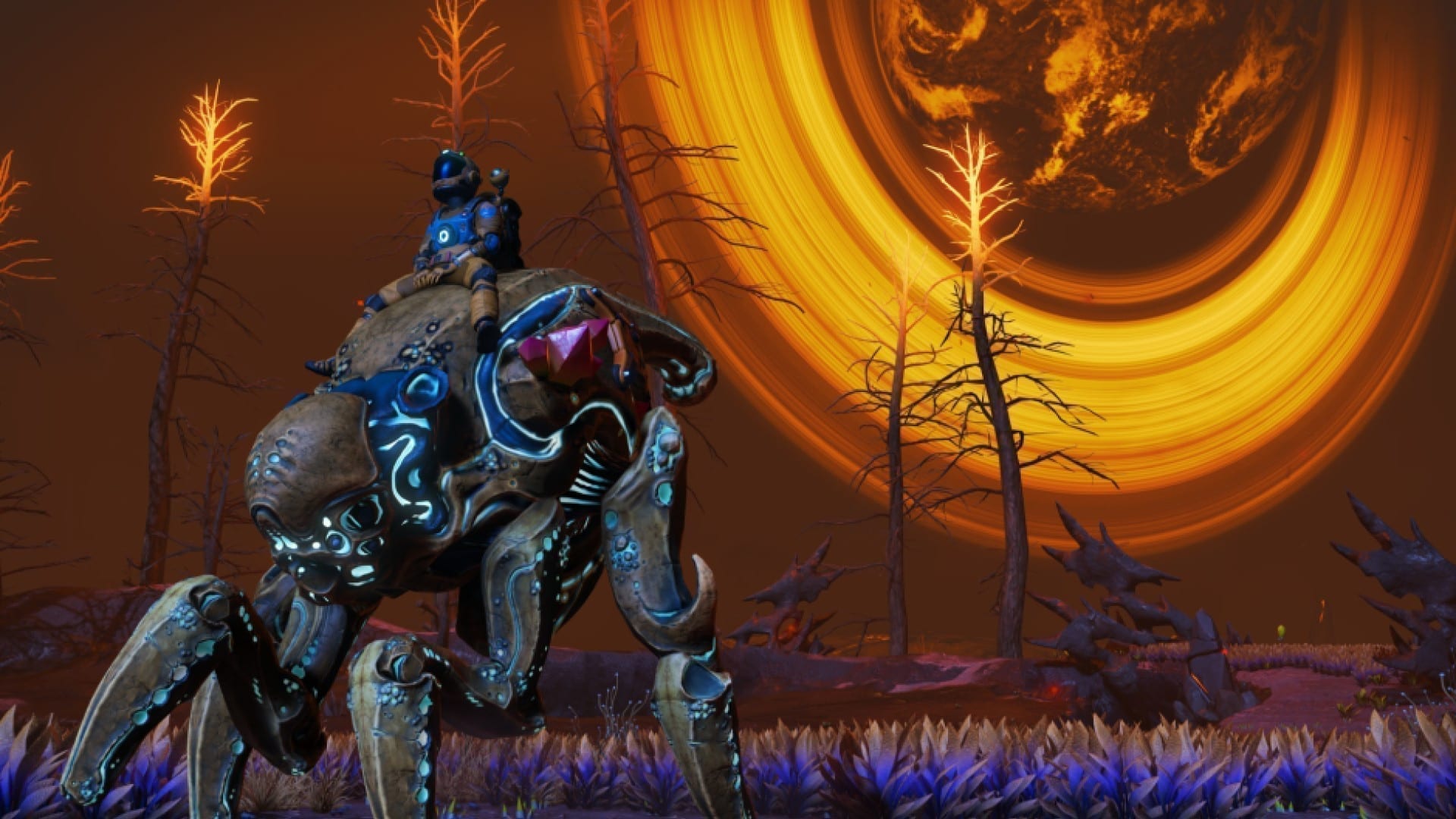 As open world spacefaring adventure No Man’s Sky approaches its fifth anniversary, a new update offers a gameplay change which fans have wanted since day one. With the release of the “Companions” update, players will be able to tame, adopt, raise, bond with and even breed the wide variety of alien creatures who reside on No Man’s Sky’s vast number of procedurally generated planets.

Taming a creature will open up a ton of new options to players, who will be able to use their new companion to perform a variety of tasks. Alien pets will be able to scan for resources, detect hazards, hunt other creatures, dig for buried treasure, mine for resources, and more. Some pets may even be able to use their own unique biology to perform functions such as providing light. Players will also be able to mentally link with their tamed creatures in order to communicate with them and deepen their bond even further.

Alien pets will then be able to lay eggs, which players can “Sequence” in order to alter their DNA as desired. The resulting creature might even turn out to be a unique hybrid, or perhaps a brand new never-before-discovered species. The possibilities are endless! Modified eggs can also be sold to other players, so these new species can spread throughout the galaxy.

Developer Hello Games has explained that which creatures appear on a planet will depend on its ecosystem and environment and that, even within the same species, no two creatures will be exactly alike. Each will have a unique personality which can be discovered through bonding and communicarting with them.

In addition to the alien taming system, the Companions update will implement quality-of-life changes to the PlayStation 4 version of the game. Load times and warp times are expected to improve significantly.