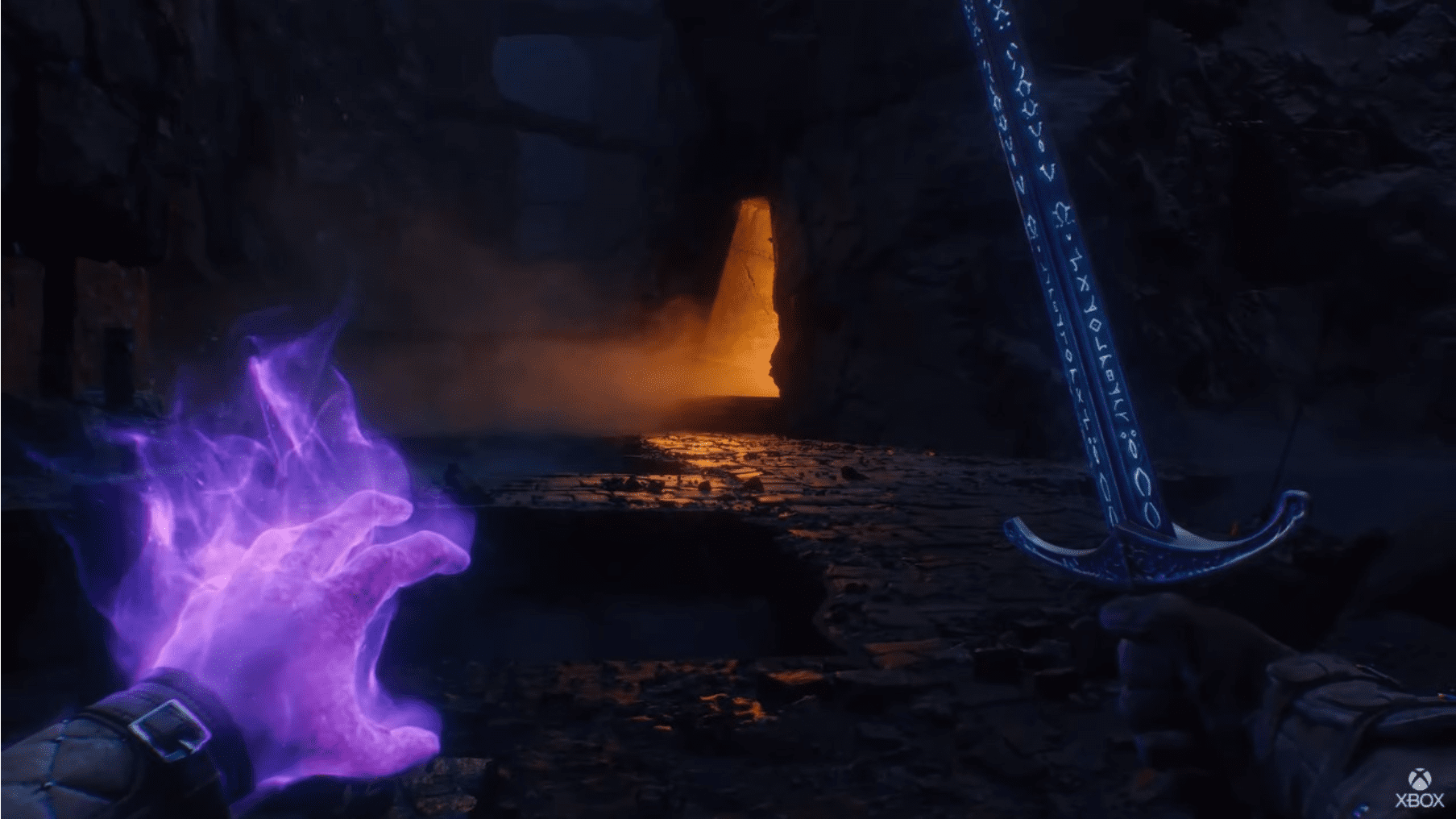 The Outer Worlds developer Obsidian Entertainment is taking a quick break from science fiction and space exploration to visit the world of epic, sprawling fantasy. During the Xbox Games Showcase, Obsidian debuted the official reveal trailer for their upcoming fantasy role-playing game entitled Avowed. It will be the studio’s third game since its acquisition by Microsoft, following the aforementioned Outer Worlds and the cooperative survival title Grounded.

Avowed is rumored to feature a return to Eora, the fantastical setting of previous Obsidian titles Pillars of Eternity and Pillars of Eternity II: Deadfire. It will feature a first-person perspective reminiscent of the games in the popular Elder Scrolls franchise. The trailer hints that the player character will be able to both fight with a sword and cast a variety of powerful spells.

While little gameplay is revealed, the trailer does hint that the game will have a dark tone with a focus on the player character’s decisions. The world has been thrust into danger, including the emergence of monsters, due to the breaking of ancient oaths. It is the player character’s destiny to fight against monsters in this struggling world. Will the oaths they make be worth the price?

No release date has been announced for Avowed, but it is planned to debut for the Xbox Series X, Xbox One, and PC. The good news is that it will likely arrive before the next Elder Scrolls game, which, if the rumors are true, is still several years in the future.

Luckily, Obsidian fans will not have to wait too long for a brand new experience from their favorite studio. An expansion for Outer Worlds, entitled Peril on Gorgon, will be released on September 9, 2020. A trailer for Peril on Gorgon was also revealed during the digital Xbox showcase event.

Are you looking forward to playing Avowed? Will you be playing as a sword-slinging warrior, an powerful spellcaster, or a mix of the two? Let us know!