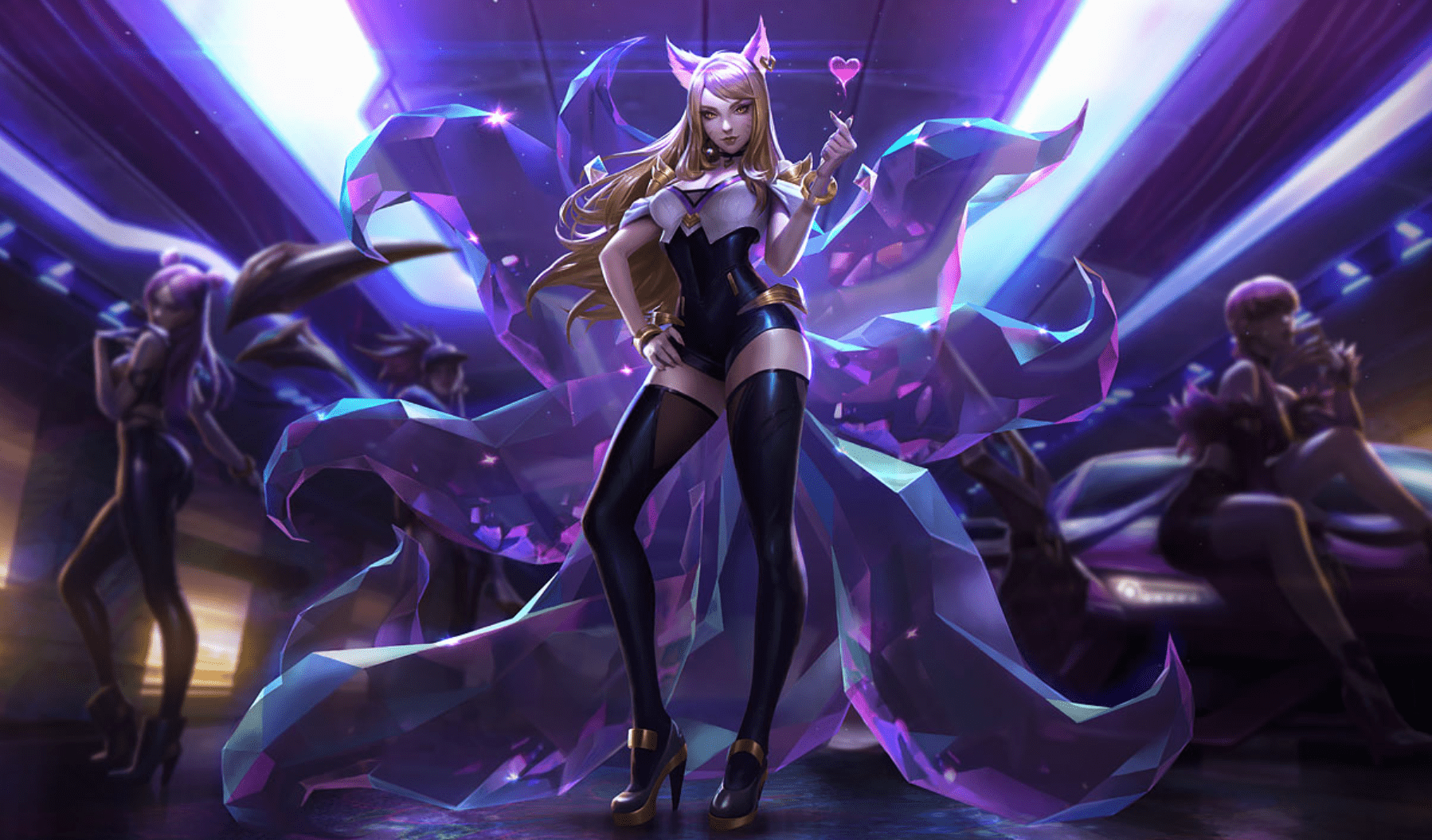 On August 20, the official Twitter account for League of Legends-based K-pop group “K/DA” suddenly came to life following an extended absence. After months of silence, the account shared a single tweet featuring the band’s logo, the date 8/27/2020, and several interesting hashtags, including “#KDAISBACK” “#COMEBACK” and “#THEBADDEST.”

What information can we glean from this tweet? If fans aren’t misinterpreting this message, it seems that K/DA, a fictional K-pop group consisting of four League champions, will be debuting a new single, titled “The Baddest,” on August 27. It will release on YouTube. Because “The Baddest” is described as a “pre-release single,” some fans have even begun to suspect that K/DA may be releasing an entire album in the near future.

If you aren’t familiar with gaming’s hottest girl group, K/DA was first formed in 2018. It featured four popular League ladies — Evelynn, Akali, Ahri, and Kai’Sa — teaming up to perform “Pop/Stars,” the group’s first single.  Real-world singers performed each of the girls’ parts, with members of actual Korean girl group (G)I-dle voicing Ahri and Akali, and American singers Madison Beer and Jaira Burns taking on the roles of Evelynn and Kai’Sa.

AR technology was used to bring the girls to life alongside their real-life counterparts as they performed the song at the League of Legends World Championship event in Incheon, South Korea. Following the performance, each of the four girls received a new skin (in-game cosmetics which typically cost $10 each) featuring their K/DA aesthetic. Charming nine-tailed fox Ahri and diva succubus Evelynn performed as lead vocalists in elegant, eye-catching ensembles, expert marks-woman Kai’Sa danced in head to toe leather, while muscular, tattooed ninja Akali dropped catchy rap beats while sporting a glowing neon demon mask.

The K/DA skins quickly became extremely popular in-game. After all, what could be more impressive than taking down your enemy while dressed in your K-pop finest? Akali, in particular, experienced a significant rise in popularity, when she had previously not been a particularly beloved champion. Additionally, the music video for “Pop/Stars” gained fame on YouTube, amassing nearly four million hundred views between 2018 and 2020.

Unsurprisingly, League fans are thrilled to hear that K/DA will be making a comeback. The “Pop/Stars” video experienced another spike in popularity, immediately surpassing four million views and nearly hitting four and a half. Several fans also took to Twitter to spread the K/DA related hashtags and speculate about what the group’s “comeback” might entail.

Keep an eye on the official K/DA, Riot Games, and League Twitter accounts for more information. Plus, don’t forget to tune in on August 27 to be one of the very first to listen to “Baddest,” the all-new hit from the one and only League of Legends K-pop sensation.