Since 1987, the blue bomber has been battling the fiendish Dr. Wily and his never ending army of sinister robot masters. Some of these enemies have proven to be iconic villains, with robots like Metal Man and Quick Man quickly capturing the attention of gamers. Other baddies like Pharaoh Man and Snake Man are admired for their unique and eccentric design. But what about the under-utilized, under-appreciated, and under-discussed robot masters? Well, these guys deserve some love too, because Mega Man just wouldn't be the same without them.

Poor Dust Man. If it wasn't for that awful name of his, he probably wouldn't have such a perception problem. Say what you will about Hard Man and Guts Man. At least those names have character, even if they are a tad misguided. But Dust Man? There's nothing remotely interesting about dust. He might as well be Drywall Man or Cat Food Man.

But Dust Man's name is a bit of a misnomer. He isn't composed out of dust, and it's quite the stretch to suggest that he uses dust as a weapon.

Dust Man possesses the characteristics of a miniature trash compactor that can crush metal objects, turning them into compact cubes of hard, heavy matter. Then, he places a bomb inside and ejects the material at high speed before causing it to explode into shrapnel. He has a challenging, mechanically unique stage, haunting and melancholy music, and a character design that remains unique to this day.

Top Man has the dubious distinction of being one of the least admired robot masters in one of the most admired Mega Man games. It all makes sense on the surface. Back in the time of Mega Man 3, Capcom still had fresh ideas, and some of the best robot masters were still coming through the doors. Gemini Man is themed around space. Spark Man is themed around electricity. And Top Man is just kind of random.

Except that from a mechanical perspective, Top Man is a fantastic idea. The concept of tossing around weaponized tops is silly, but Top Man's spin attack is fairly creative, and the top-based platforms that you have to ride to get to him are flat out awesome. His stage is weird and memorable and his music is great.

And if none of that convinced you, just listen to Can't Stop the Top, by The Megas. 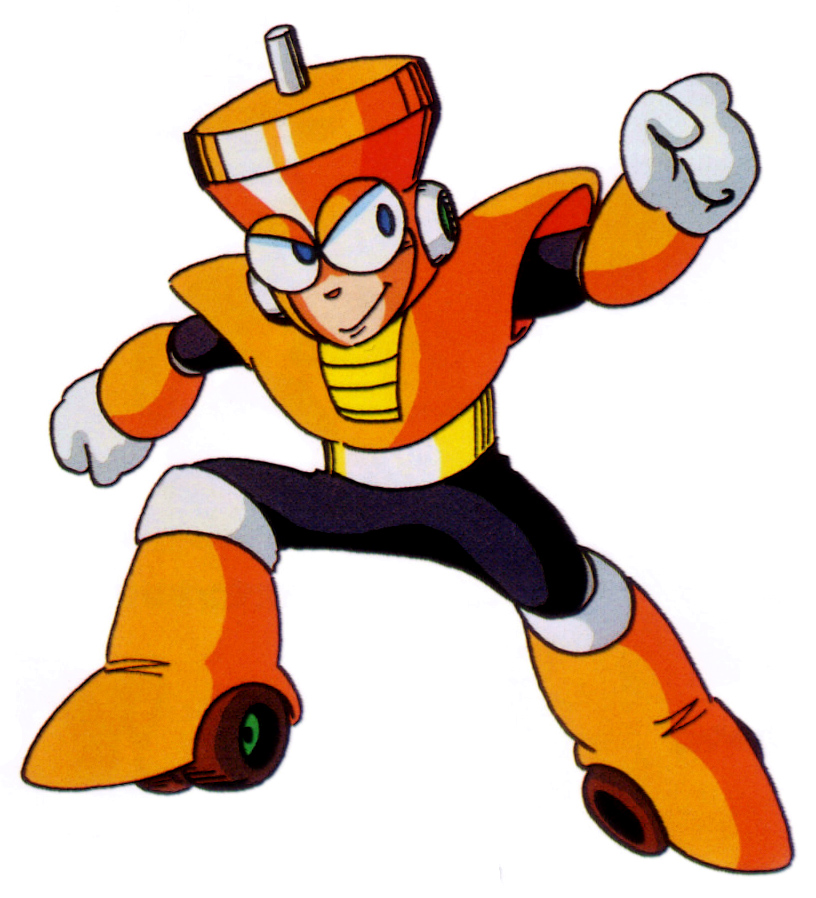 Shade Man's biggest claim to fame lies in the fact that you can change his music to the theme of Ghosts 'n Goblins by pressing B when you select his stage. I used to do this every time I played him just because I could. I was oblivious to the fact that Shade Man's normal theme song is the best in the entire game.

But it's so much more than that! Shade Man is the one and only horror themed robot master,* complete with a stage that looks to be right out of Castlevania. He appeals to a demographic that's completely untapped by the Mega Man series, and he does it without betraying the heart of the franchise. Best of all is his physical design; he's a robot vampire after all. Sure, that's not quite on the level of a robot ninja, but at least Shadow Man gets the love he deserves. Shade Man toils in obscurity.

*The author does not recognize Skull Man as being horror themed. The author maintains that Skull Man is themed around the Dinosaur National Monument near Vernal, Utah.

If Sheep Man had debuted somewhere around Mega Man 5, the derision hurled towards him would make a lot of sense. By that point, the series was growing tired due to constant installments, and lackluster robot masters like Stone Man were starting to rear their heads. The Mega Man market was on the verge of oversaturation. The ideas weren't as fresh, and some might argue that they were quickly contrived just to stay on schedule. It would have been a bad time to release a character as eccentric and odd as Sheep Man, because it would have added more fuel to that argument.

But by the time Mega Man 10 rolled around, Capcom was in on the joke. Sheep Man wasn't some lame attempt at being cool, but a cool attempt at being lame. Sheep Man represents those cheesy retro-covers that Capcom released along with Mega Mans 9 and 10. He is a playful robot master that speaks to the light-hearted, perhaps even campy tone of the original series. It was no coincidence that Sheep Man was one of the first robot masters released to the public from Mega Man 10.

Consider how different Sheep Man is as a character. By the time he showed up, electricity themed robot masters had already been done a lot, and without a twist, another one could have become lost in the shuffle. By this point, the series had already seen Elec Man, Spark Man, Bright Man, and Plug Man. Someone had the fun idea of referencing Philip K Dick's novel, Do Androids Dream of Electric Sheep? And in doing so, one of the series' finest oddities was born.

Plant Man's face is a flower. And he's rainbow colored. And he's kind of easy to beat.

When people think of the best robot masters, the multi-colored flower guy is pretty easy to dismiss. There's nothing tough or intimidating about him, and his design is a far cry from series classics like Metal Man and Shadow Man. But that's part of what makes him so interesting.

Plant Man isn't a robot that was built for war. He was originally built to maintain a botanical garden. In fact, everything about his appearance and back story suggests that he's probably a little weak. But why does weakness need to be bad?

If every character was a testosterone filled powerhouse, the Mega Man classic series wouldn't be any fun at all. Characters like Plant Man are necessary for building a balanced roster. He fulfills another corner of the spectrum, expanding the idea of what a robot master can be. If you think of it in terms of characterization, Plant Man fulfills a niche and plays a part that other robot masters do not. He's not just a destructive super villain or power fantasy. He adds color and variety while representing the majesty of nature.

That, and he has one of the best theme songs in the series. 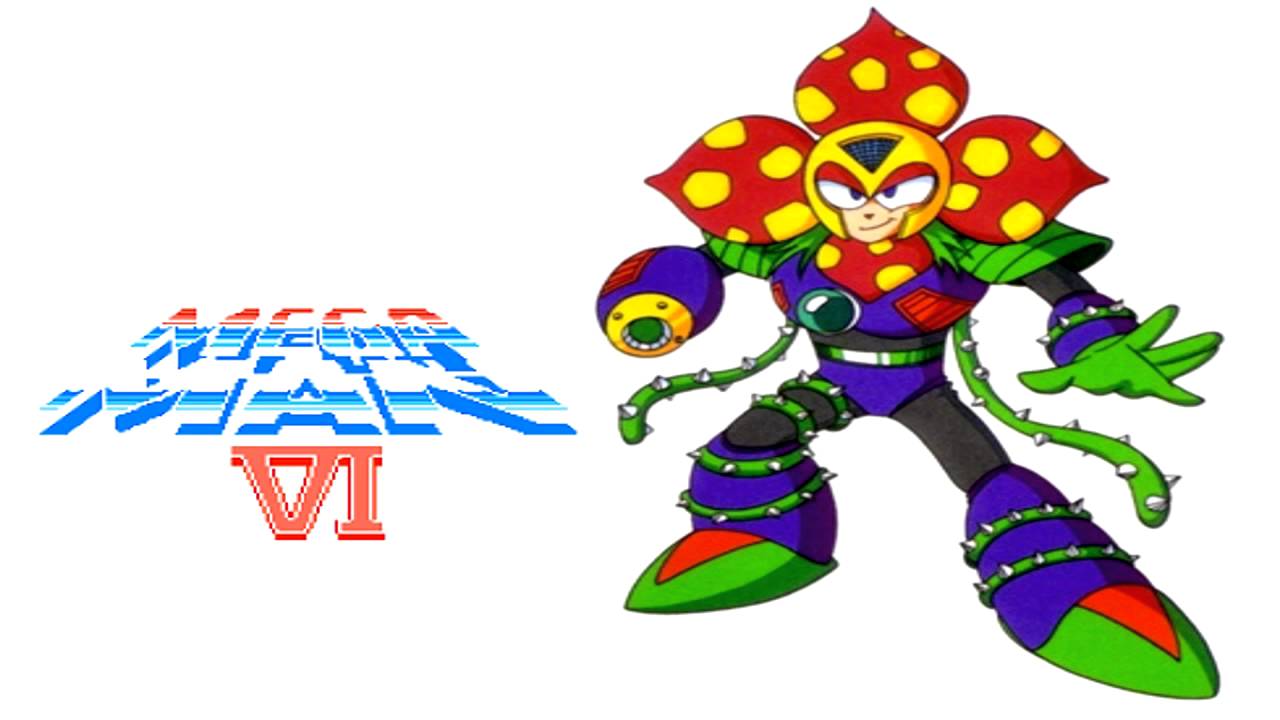 Will The Next Call of Duty Have Exo-Skeletons?