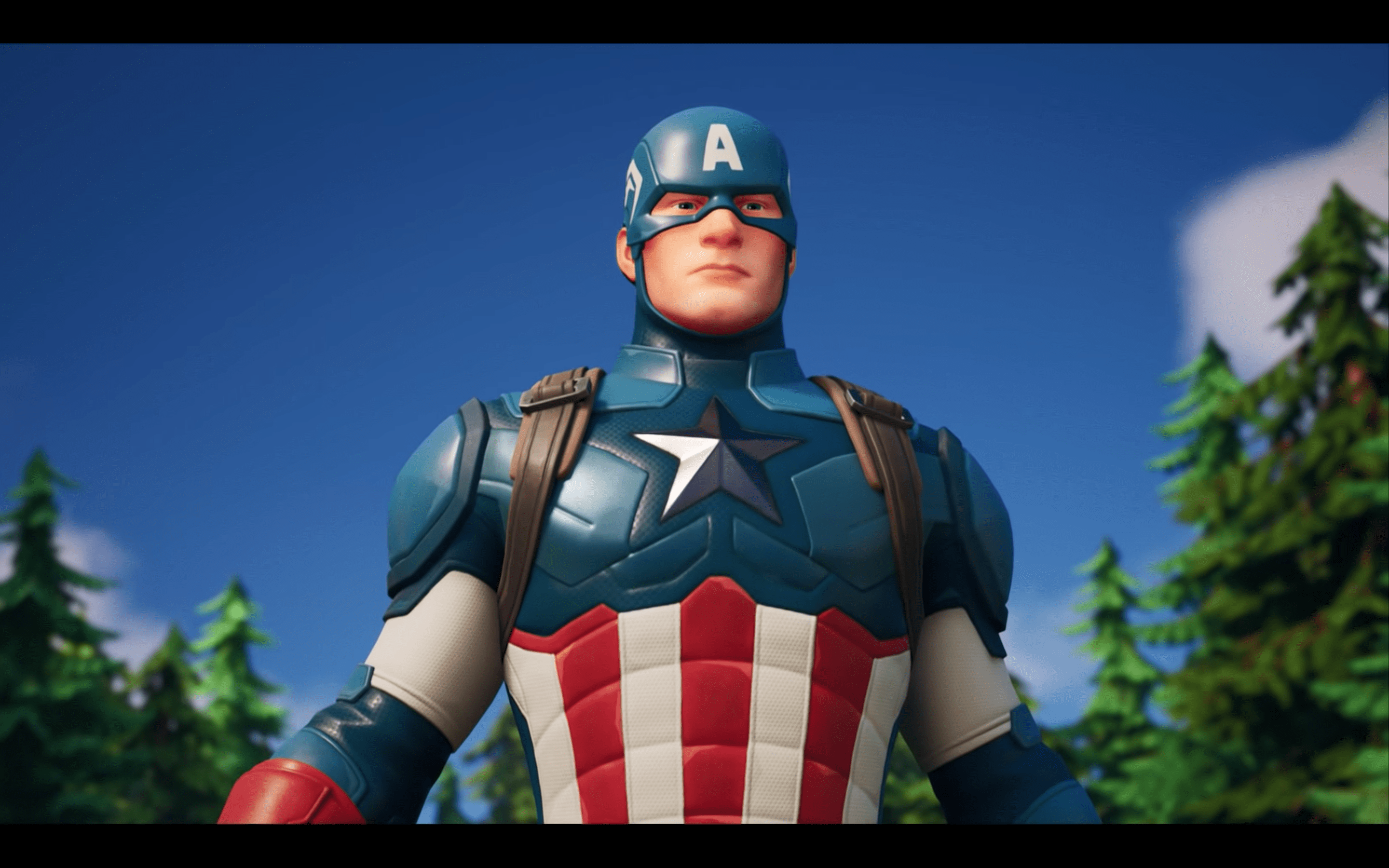 Captain America is the next playable character in Fortnite. As part of Chapter 2, Season 3, the superhero will be available for the free-to-play battle royale showdowns.

The character is available to purchase from Fortnite’s in-game store for 2000 V-Bucks. Via their official Youtube channel, Fortnite released an announcement trailer of Cap’s arrival, as seen below.

For those familiar with last year’s Avengers: Endgame crossover event in Fortnite, this is not the first time that the iconic American suit has appeared in the game. Last year, as part of the event, players could get their hands on his famous shield as a throwable weapon.

Not a bad weapon to have in your arsenal. This time around, the Captain America content available includes his full suit, shield, (works as a pickaxe and backpack), a fireworks remote, (priced at 300 V-Bucks individually).

Other notable names from the world of superheroes introduced to Fortnite include wise-cracking Deadpool, Aquaman, and Suicide Squad’s Harley Quinn.

Recently, it was announced the Early Access Label would be removed from Fortnite to make way for a new Ventures Mode.

As announced in an official statement, Epic Games will be “bringing Save the World out of Early Access and have decided that it will remain a premium experience rather than going free-to-play.”

The company confirmed that while there would be less content in development, it assured that “the adventure doesn’t end here for Save the World.”

The legacy Early Access label will be further removed from Fortnite Battle Royale and Fortnite Creative game modes. Ventures is a season-long excursion set within a seasonal zone, which will offer a variety of new modifiers. Each season will allow for new seasonal levels to reach, and continued progression throughout.