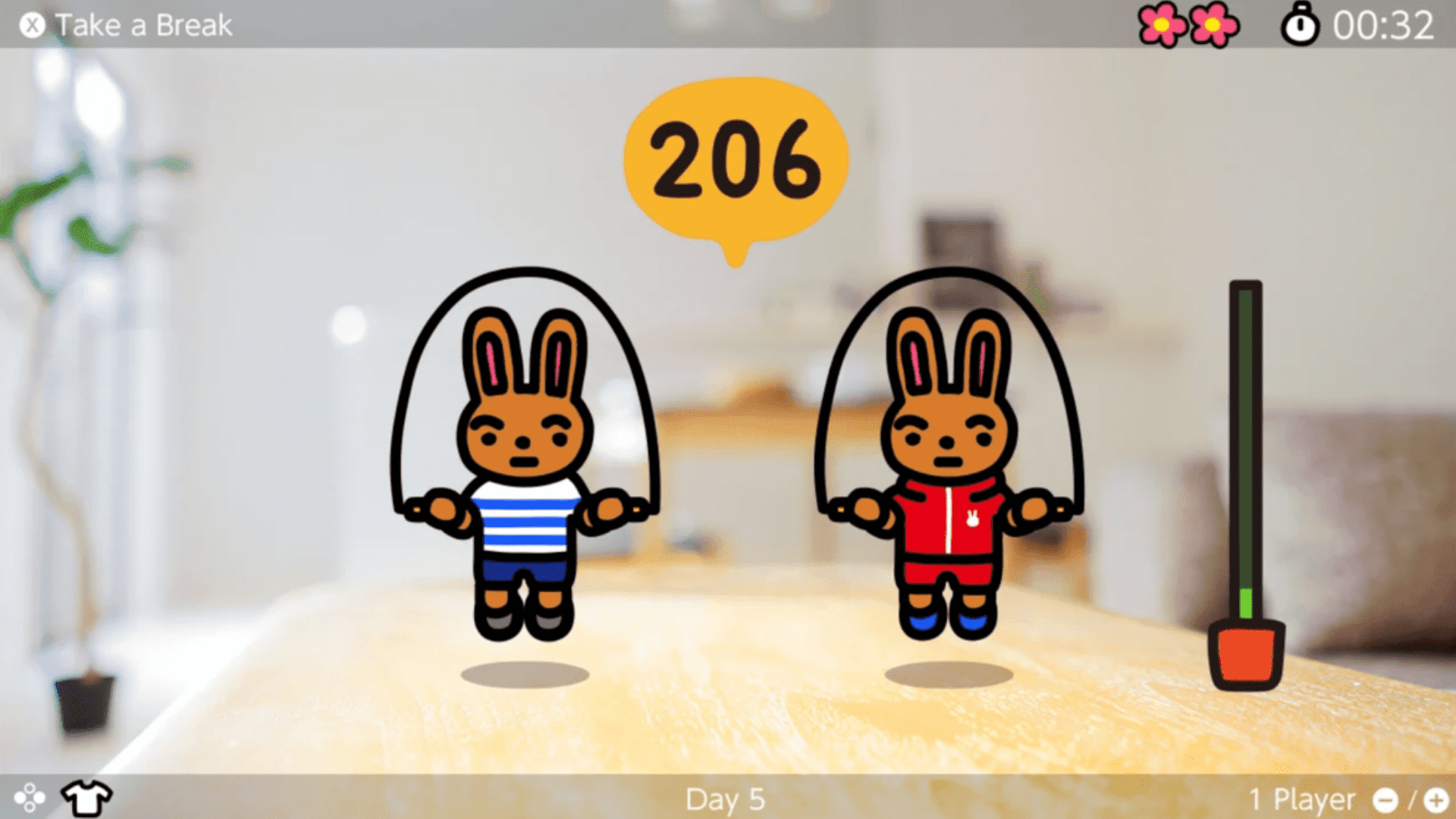 Earlier this year, Nintendo released Jump Rope Challenge, a free fitness game for the Nintendo Switch. The game, which allows players to “jump rope” by using their Joy-Con controllers as handles, was created by a group of Japan-based developers who wanted to provide Switch owners with the opportunity to stay fit while stuck inside due to COVID-19 related quarantine and lockdown measures.

When Jump Rope Challenge first released in June, Nintendo indicated via Twitter that the game would be a “limited release,” remaining available on the Switch eShop only until the end of September. However, with that deadline rapidly approaching, it seems that Nintendo has changed its mind. An official Twitter post revealed that Jump Rope Challenge will be remaining on the eShop “until further notice” – while also remaining totally free.

Thanks to all players of #JumpRopeChallenge for recording 2.5 billion total jumps! As new jumpers are joining, the free download will be available until further notice and will not be removed from Nintendo #eShop on 9/30. pic.twitter.com/P9g7dXmmZe

The Tweet also celebrated the fact that Jump Rope Challenge players have performed over 2.5 billion jumps since the game’s launch in June. The title gained popularity for its no-frills interface and simple playstyle. You are represented on screen by an adorable bunny rabbit, who jumps when you do. You can customize the rabbit’s appearance with various costumes and backgrounds, but, other than that, all you need to do is jump. The game also provides options to set goals for yourself, track how many jumps you perform each day, and jump together with a friend for a group exercise experience.

It remains to be seen if this movement away from limited time releases might extend to apply to other titles as well. Currently, some gamers are disappointed that the recently released Super Mario 3D All-Stars – which collects previously released Mario titles Super Mario 64, Super Mario Sunshine, and Super Mario Galaxy for the Switch – is only available to purchase for only a few months.

Do you think that Nintendo will change its limited-release policy regarding the Mario collection? Have you been enjoying Jump Rope Challenge? Let us know!