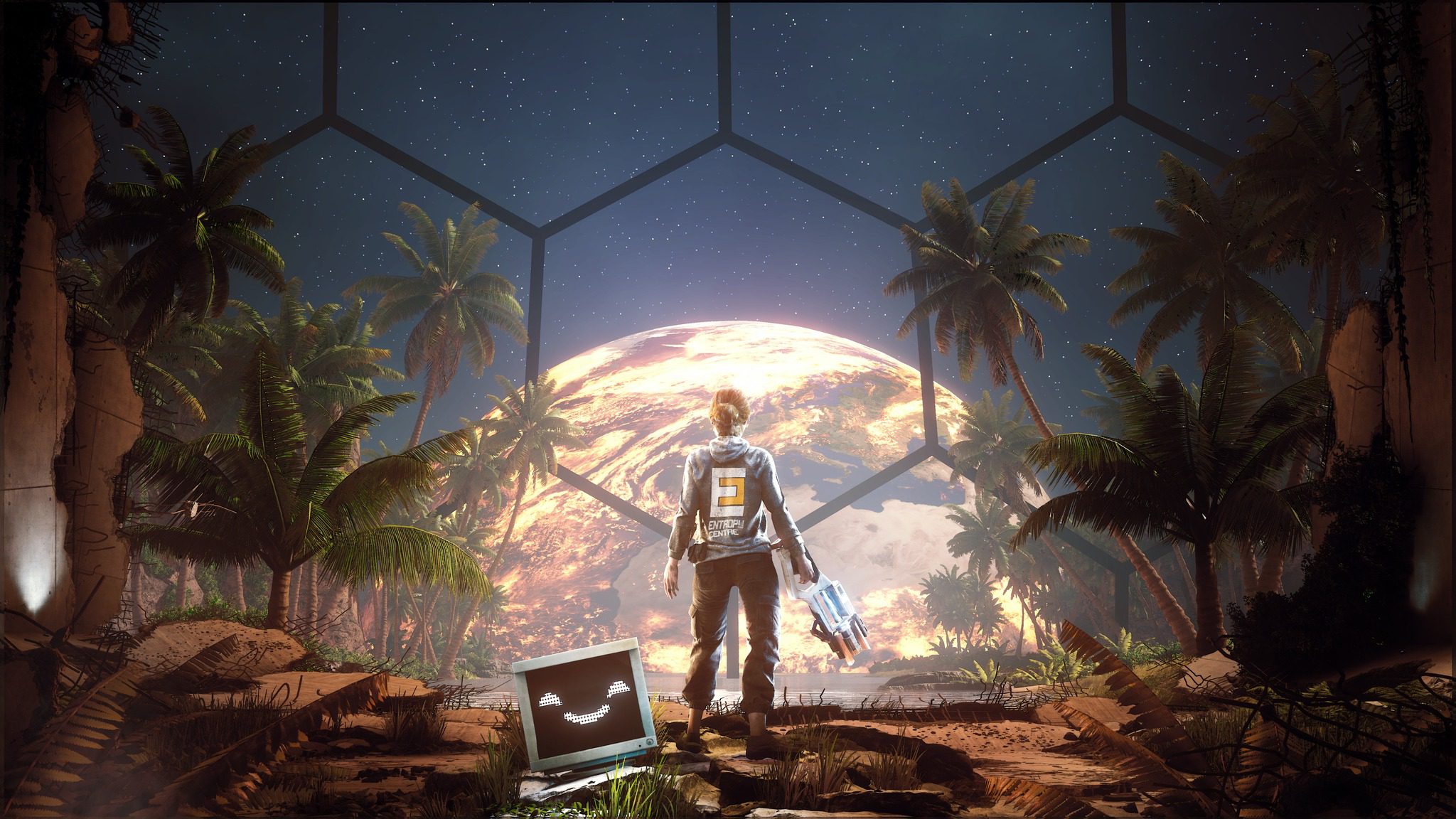 Young indie studio Stubby Games has given more details on their upcoming 3D puzzle adventure, The Entropy Centre. The British studio first revealed their latest title at the Future Games Show 2022, with a trailer that immediately evokes thoughts of the iconic puzzler, Portal. An abandoned facility, a unique puzzle-solving weapon, and a snarky AI to keep you company. Tried and tested, though this time with a twist.

Players control Aria, a woman who finds herself on board the Entropy Centre, a large and seemingly abandoned space station. Looking out the window, Aria notices that the Earth is also on fire. Off to a great start, then.

ASTRA is the name of your AI companion, who also happens to be your gun. ASTRA uses the power of time manipulation to aid you in your adventure, reversing and reassembling whatever obstacles may lie in your way. With their help (and unprompted snark), Aria will venture to the core of the Entropy Centre to solve its mysteries and find a way to her broken home of Earth.

The first gameplay trailer opens with a quick look at ASTRA, followed immediately by a demonstration of their power. The companion weapon lets out a burst of “entropy energy,” reversing the collapse of an overhead structure. The concrete pillar is quickly restored to its initial state, with nary a hint of a crack left. With that out of the way, Aria moves to the Entropy Control Deck, asking ASTRA for her next objective. The AI offers only a quick warning: the Earth is reaching temperatures in the millions of degrees. And thus, the scene is set.

The trailer goes on to explore various puzzles and biomes within The Entropy Centre. With branded cubes, clinically concrete walls, and many a button to press, the Portal influence is clear, yet not so apparent to the point of being derivative. The Entropy Centre seems to take a familiar aesthetic and make it its own, with different mechanics and more of a narrative objective than simply “get to the end.” However only time will tell how this plays out when it is released. The title also boasts the cutest AI smile on this side of Hatsune Miku.