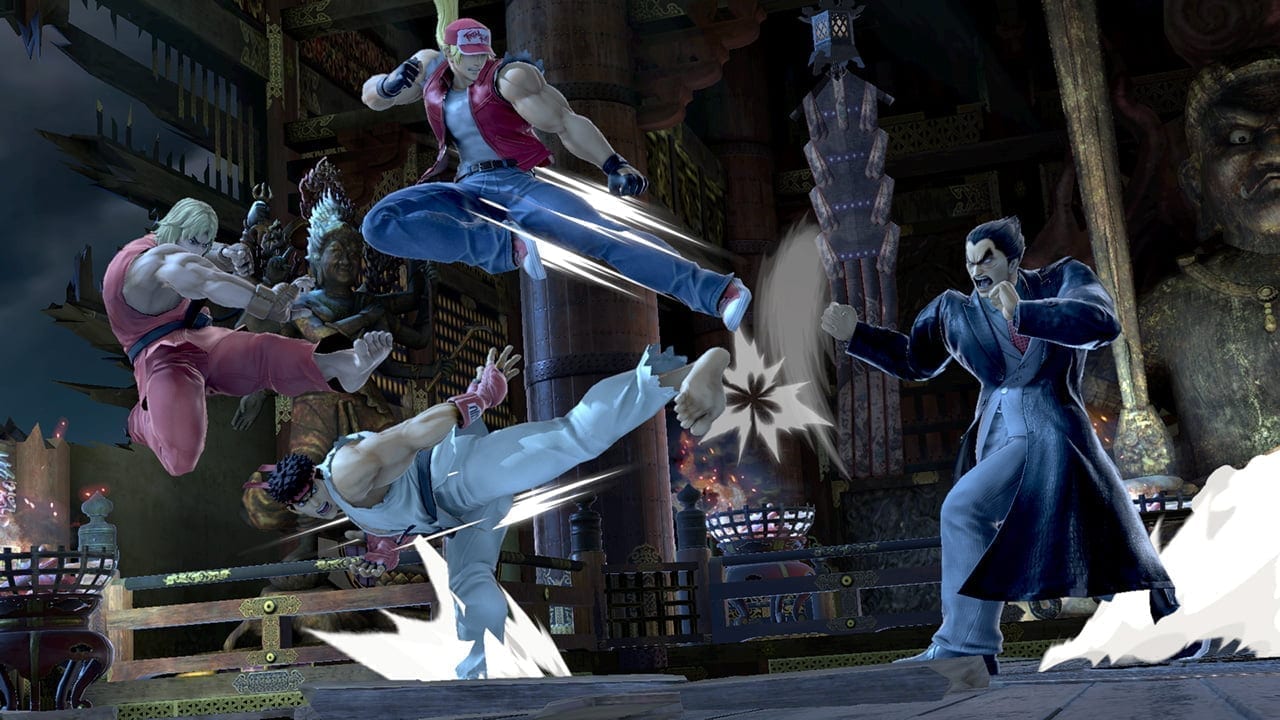 The latest addition to the Super Smash Bros. Ultimate roster is Tekken’s Kazuya Mishima, as revealed during the Nintendo Direct at E3, and now the new character has a confirmed release date of June 29.

Kazuya Mishima will be available both separately in the $5.99 Challenger Pack 10 or as part of the $29.99 Fighters Pass Vol. 2 alongside Min Min from ARMS, Steve and Alex from Minecraft, Sephiroth from Final Fantasy, and Pyra/Mythra from Xenoblade Chronicles 2.

In addition to Kazuya himself, Challenger Pack 10 adds the Mishima Dojo stage and 39 music tracks from across the Tekken series.

As previously announced, Director Masahiro Sakurai did a 40-minute showcase video giving an in-depth look at Kazuya’s play style and abilities. It also covers some details kept in mind for Kazuya’s inclusion in the game, such as Kazuya’s victory poses being based on ones from throughout the Tekken games, his alternate colours and outfit resembling his Tekken 2 tuxedo, and even having the Tekken announcer stating “Kazuya wins” to replace the usual Smash Bros. style victory fanfare. Finally, the presentation gives a look at Kazuya’s accompanying Mishima Dojo stage throughout too. The stage starts closed off, making K.O.s impossible, so players will need to break the walls and ceiling.

It’s been a long run for the Super Smash Bros. Ultimate downloadable content since the game’s release, but Sakurai has confirmed that the next DLC character will be the last. He stated: “I’ve been working on this for a long time. You could call it my life’s work. But finally, the next downloadable content fighter will be the last one. There won’t be any more after that. It’ll be a while before that announcement, but it’ll be available this year as planned.”

In addition to Kazuya’s release on June 29, there will be 4 new Mii Fighter costumes available to buy in the Mii Fighter Costumes #10 pack releasing the same day. These outfits and fighting styles are modeled after Lloyd Irving from Tales of Symphonia, Dante from Devil May Cry, Shantae from Shantae and the Dragonborn from The Elder Scrolls V: Skyrim. These are some very popular character choices that have been on various Smash Bros. wishlists, so it’s nice to see them get into the game in some form, but you can strike them off from being the last reveal now! While included as part of the Kazuya Mishima showcase, you can see just the video showing the new Mii Fighter costumes in action from Nintendo below: