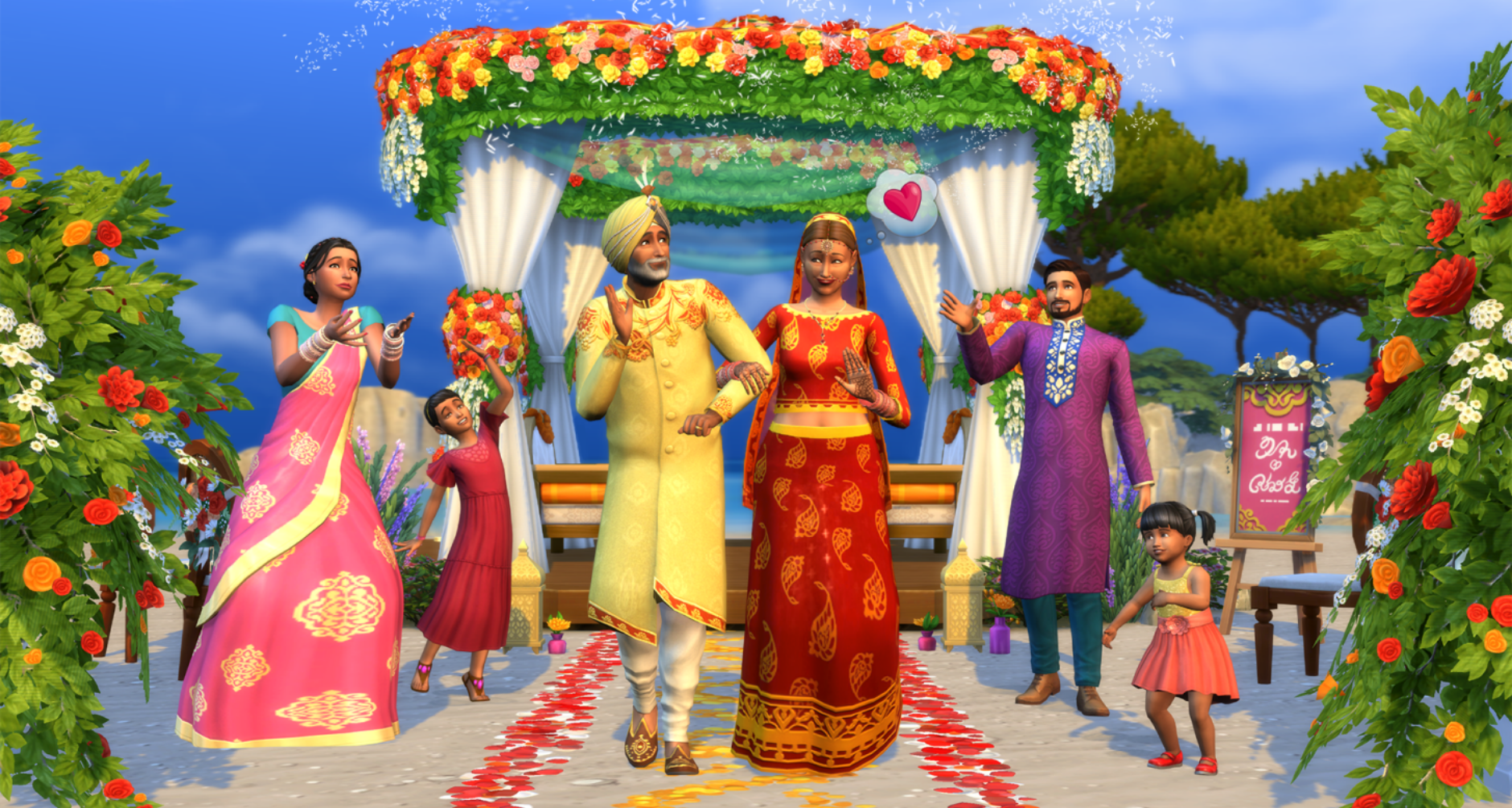 The latest game pack in The Sims 4‘s ever-growing collection has been announced as ‘My Wedding Stories‘. In an official trailer reveal, EA shows that the new game pack will allow players to craft a full wedding story right from the initial ‘yes’ to the proposal up to the renewing of vows years later. As part of the pack, there is an entirely new world called Tartosa, which comes with a lot of activities to celebrate the occasion.

According to The Sims 4’s news release, sims will be able to break the engagement news, shop for rings, host bachelor and hen parties, throw engagement parties, and host rehearsal dinners. They can enjoy more interactions with toasts, food, speeches, gifts, and dancing. Plus your betrothed can choose a Sim of Honor. Sims will also be able to plan and organise the wedding day through tasks like choosing the venue and going bouquet, cake, and wedding outfit shopping.

On the wedding day, you can choose flower pals and ring bearers, and sims can have someone give them away. The wedding reception gives sims the option of throwing their bouquet, cutting the cake, and having first dances. Your married sims can then sail away on a romantic honeymoon. As mentioned, sims can even renew their vows later on.

Even though The Sims 4 came out way back in 2014, that hasn’t stopped EA from shying away from new content. There have been frequent announcements lately, with new reveals seeming to be coming out every fortnight. Recently, it was announced that The Sims 4 team was working on introducing customisable pronouns.

Elsewhere for EA, it was revealed that 3 New Star Wars Games Are In The Works, Including Star Wars Jedi 2.

What do you think about The Sims 4‘s latest pack announcement? Let us know!